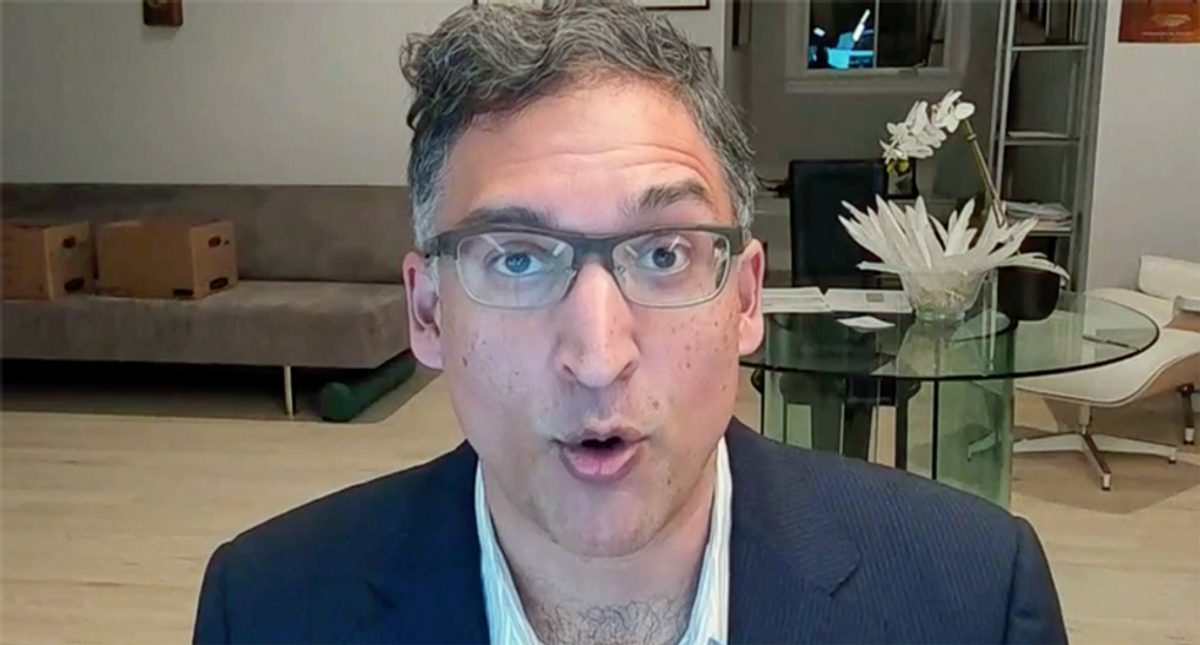 Former acting White House Solicitor General Neal Katyal explained to MSNBC's Nicolle Wallace that the lawsuit in Washington, D.C. court saying former President Donald Trump is to blame for the deaths of officers attacked at the U.S. Capitol on Jan. 6. is serious.

While Trump escaped being held accountable by the U.S. Senate, things are getting worse for him. In the lawsuit, details walk through how the president's supporters attacked, beat, and sprayed police officers. One officer died as a direct result of the attack on that day, and two other officers killed themselves in the days following the attack.

Trump attempted to rewrite what happened during a Fox News call-in over the weekend. In the call, Trump claimed that his supporters were hugging and kissing police officers. It contrasts with what was witnessed in every video taken at the scene by the attackers and security cameras.

"This is what the complaint said today: 'The officer attacked relentlessly, bleeding from a cut less than an inch from the eye, cuts, and abrasions on the face and hands and his body was pinned against a large metal door fending off attacks,'" Katyal read. "So when Donald Trump said they were kissing and hugging the guards, my God."

Wallace read more from the complaint:

"For several hours after the mob stormed the Capitol, Trump had the continuing ability to issue statements through traditional and social media but refused," the lawsuit says. "Refused to communicate anything to the followers that might discourage the assault and battery. Trump thereby ratified the conduct of the followers and ensured that the assaults on the officers lasted much longer, worsening the injuries of the plaintiffs and other officers. Late in the afternoon, Trump ratified the conduct, and again said that the election had been stolen by fraud and by announcing support, praise and love for his followers."

"Absolutely," he agreed. "If you could short Donald Trump right now it would be a good time to do so. Everything you're saying, Nicolle, is absolutely right. This, in conjunction with new developments going on in New York, with respect to Weissberg and the like. Donald Trump is in serious trouble. The difference between now and the past is that the Republican Party and senior officials are inviting the trouble and saying there's merit to it."