The email was paid for by Save America JFC, a joint fundraising committee on behalf of Save America and the Make America Great Again PAC.

The ad went on to complain about "politically motivated business investigations" with a picture of New York Attorney General Letitia James with Hillary Clinton.

"We need to do whatever it takes to make sure EVERY PATRIOT sees our new ad. I need YOU to rush in $45 or more IMMEDIATELY to the Official Trump Ad Blitz Fund," the email read. 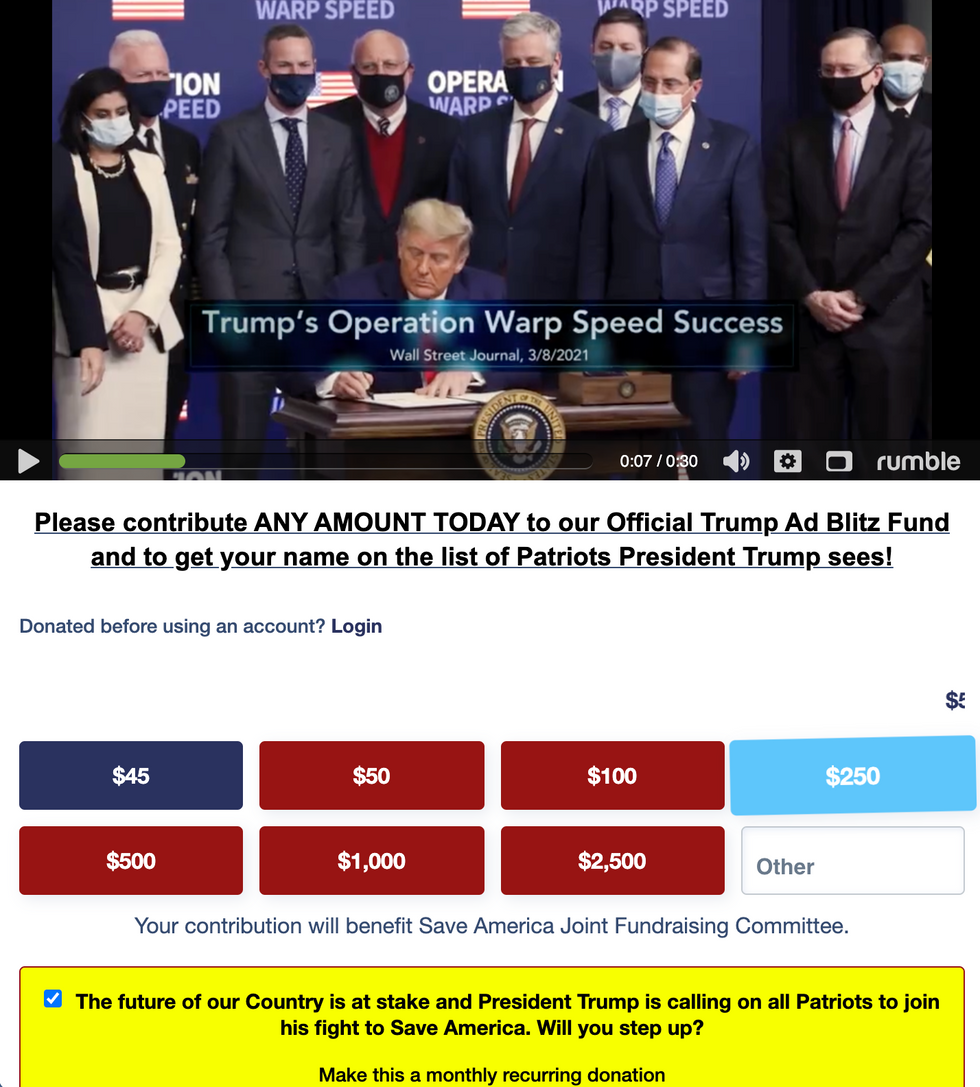