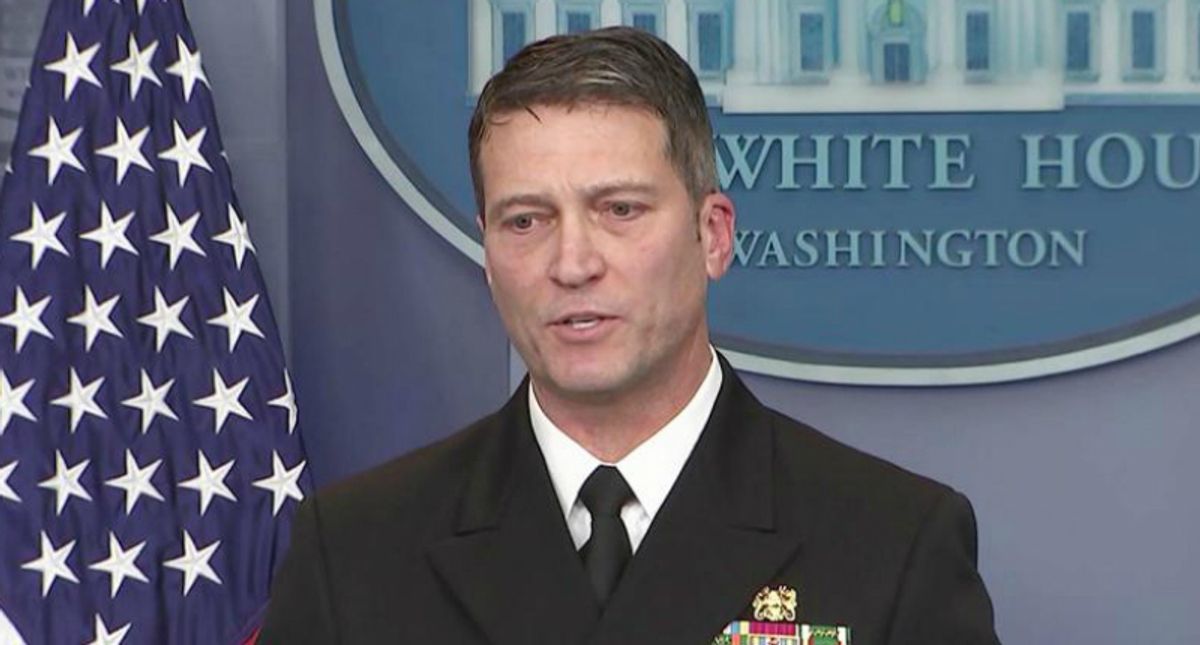 Trump infamously described the "difficult" test that Jackson gave him in which he was required to remember simple words like, "Person, woman, man, camera, TV."

"'Can you do it?' And you go, 'Person, woman, man, camera, TV.' They say, 'That's amazing, how did you do that?' I do it because I have, like, a good memory. Because I'm cognitively there," Trump concluded.

Given Jackson's test for Trump, it's unclear which cognitive test he's suggesting.

See the excerpt of the report and letter below and you can take the test that Trump took yourself here.

Dr. @RepRonnyJackson just sent his letter to @JoeBiden calling on him to take a cognitive test. It was signed by 13 other Republicans pic.twitter.com/tGW1StNBiS
— Scott Wong (@scottwongDC) June 17, 2021