Judge denies Trump’s attempt to get out of E. Jean Carroll's defamation lawsuit 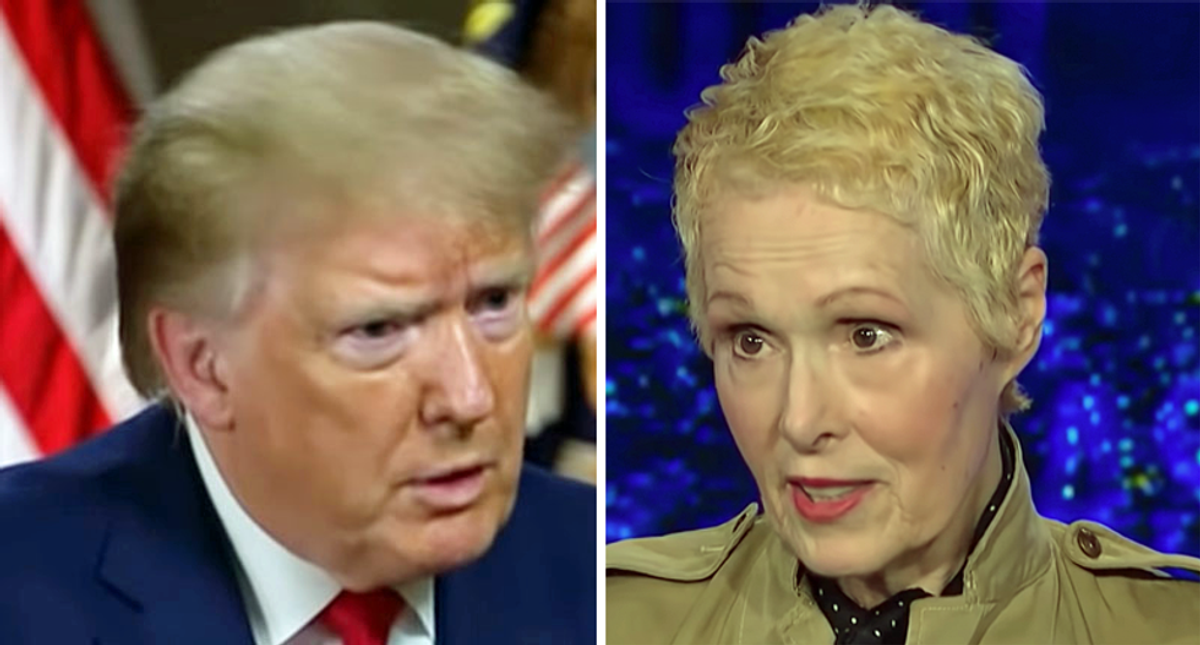 Former President Donald Trump's attempts to get out of a lawsuit by former columnist E. Jean Carroll were denied Tuesday, according to court filings.

Attorney General Merrick Garland agreed to defend Trump in court because he was president when he allegedly defamed Carroll by saying that he couldn't have raped her decades ago because "She's not my type."

Carroll has asked that Trump provide a DNA sample, saying that she has his DNA on the clothing she wore when he allegedly raped her.

Last October, former Attorney General Bill Barr was serving as Trump's lawyer, saying that Trump was acting in his official capacity as president of the United States when he said Carroll wasn't attractive enough to rape. The federal judge, in that case, rejected it.

The Justice Department then filed a brief claiming that they had to protect the "institutional interest of the federal government." They then attempted to stay all proceedings in the case.

That motion was denied today.

Trump's request to stay all proceedings in @EJeanCarroll's lawsuit has been DENIED by a federal judge, without comm… https://t.co/DTwGSjs3wH
— Adam Klasfeld (@Adam Klasfeld) 1631725335.0