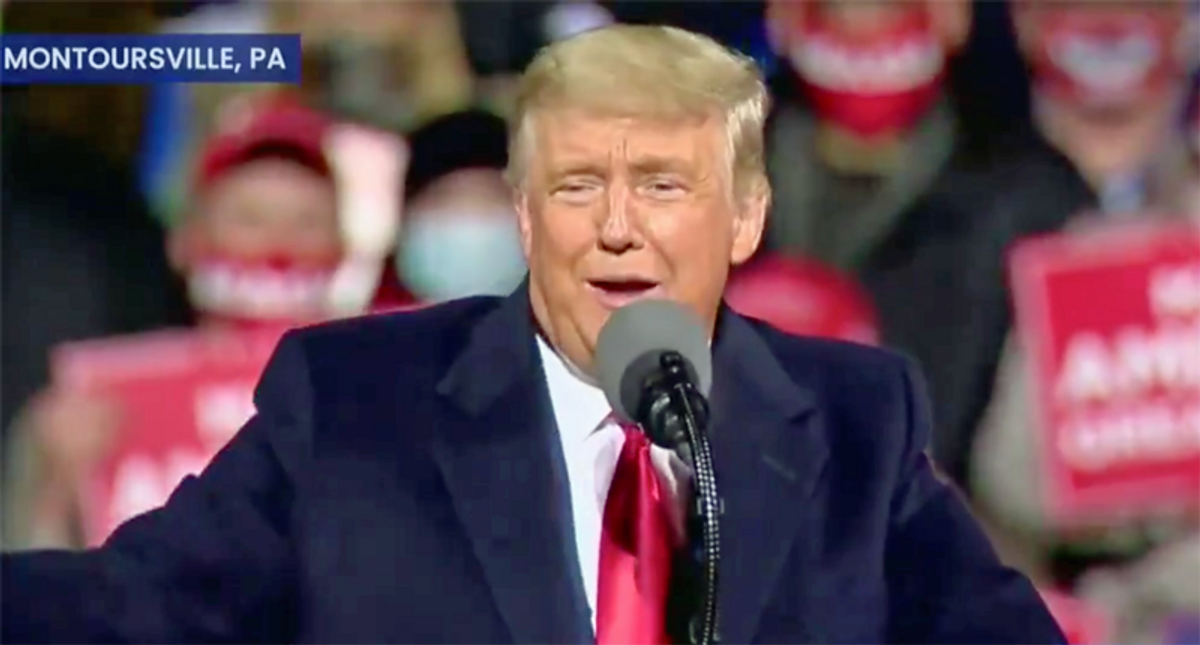 On Monday, White House Chief of Staff Mark Meadows tweeted that several members of Congress just met with outgoing President Donald Trump to plot how to "fight back" against what he described as "mounting evidence" of voter fraud — and urged Americans to "stay tuned."

The Trump campaign, as well as pro-Trump activist attorneys like Sidney Powell, filed dozens of federal and state lawsuits trying to get ballots disqualified, mostly those that were cast by mail or that were cast in heavily Democratic areas. Virtually all of these lawsuits have been rejected for lack of evidence.

As these lawsuits have been dismissed, some Republicans have suggested contesting the result in the House of Representatives itself, where the electoral vote must be ratified in early January. However, Republicans lack to votes to do anything to seriously challenge the outcome.