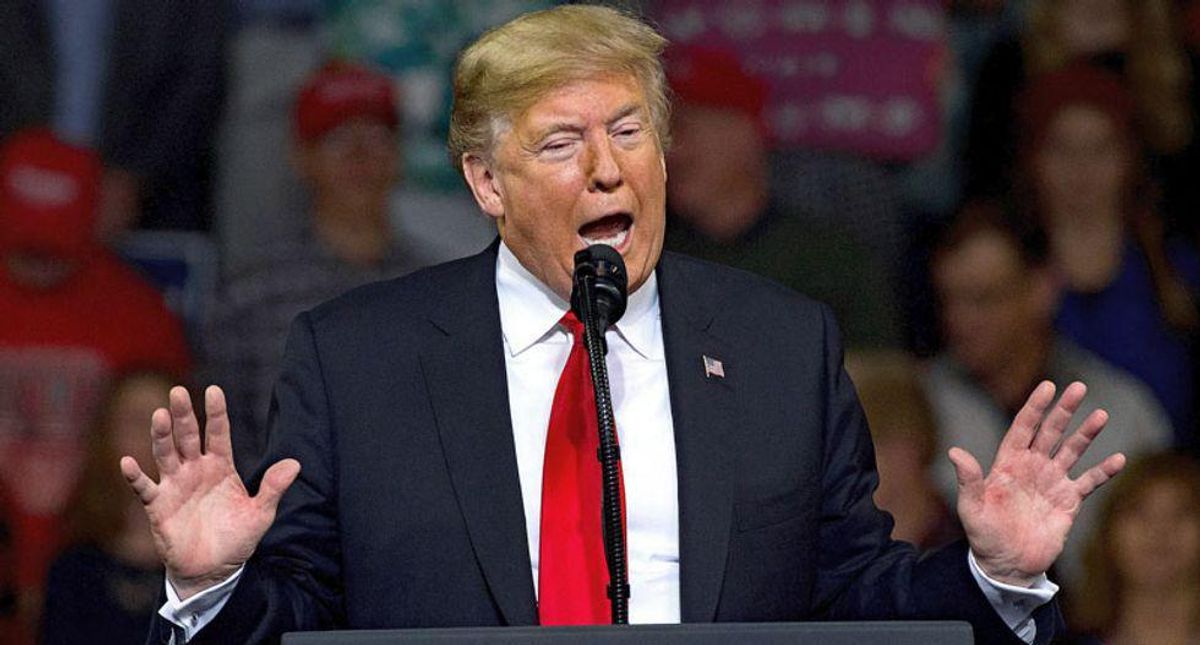 During a Fox Business interview with Stuart Varney on Monday, former President Donald Trump pushed a new conspiracy that Facebook paid hundreds of millions for "phony lockboxes" that accounted for "96 percent Biden votes," adding that, "They were like just dumping ballots, it was a phony deal!"

Trump has repeatedly pushed the big lie about the 2020 election during this interview with Stuart Varney, who refus… https://t.co/ixiUofjPta
— Aaron Rupar (@Aaron Rupar) 1623072327.0

@atrupar This is sickening. I have family who watches this and worse—OAN & NewsMax. Can’t reason with them about anything.
— Sherry Burton (@Sherry Burton) 1623074707.0