Trump-loving prophets in crisis after their predictions fail to pan out: report 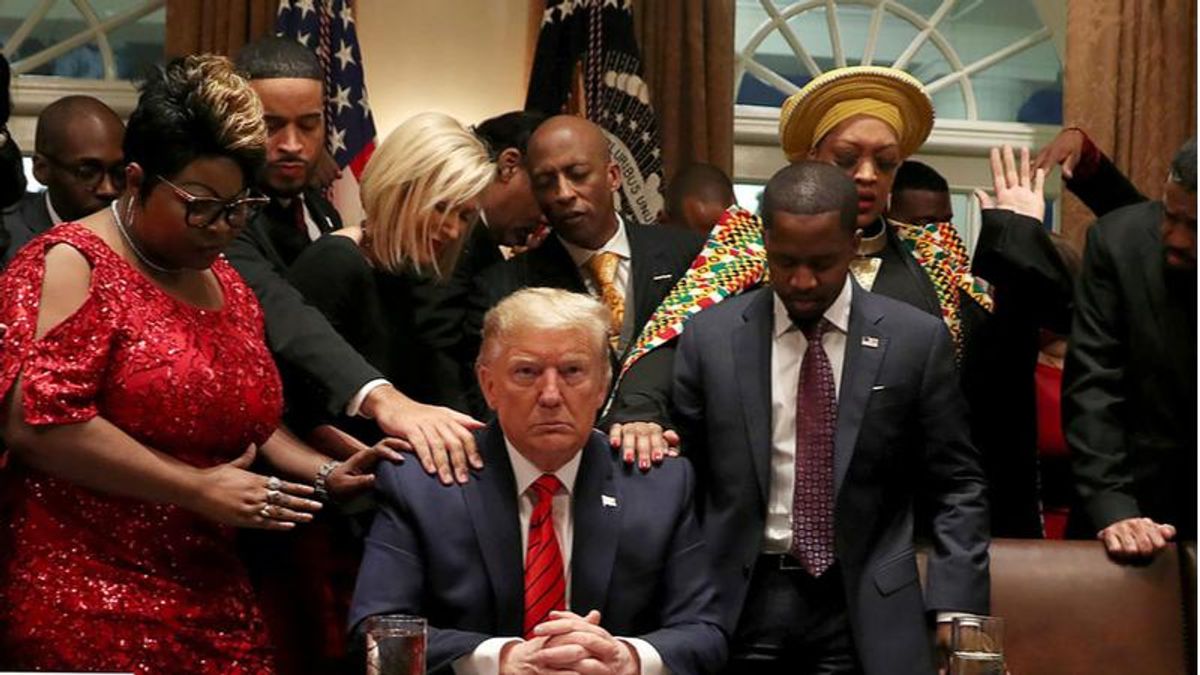 Throughout Donald Trump's presidency, a movement within the evangelical community that cast him as a savior sent by God grew their own immense following. Within that movement was a faction of self-described "prophets" who spewed QAnon-adjacent conspiracy theories and predictions that Trump would resume the mantle of his presidency -- even after it was clear that Joe Biden would be inaugurated.

Now, according to the New York Times' Ruth Graham, their movement is in crisis as more and more people -- even within their ranks -- are taking note of their failed prophecies.

One of those prophets was Jeremiah Johnson, who was one of Trump's earliest supporters within the evangelical movement. Johnson garnered a following of hundreds of thousands of people who believed wholeheartedly his predictions about such topics as the coronavirus pandemic, the makeup of the Supreme Court, and other debated social issues. "And they took comfort ahead of the presidential election last fall when Mr. Johnson shared a prophetic dream of Mr. Trump stumbling while running the Boston Marathon, until two frail older women emerged from the crowd to help him over the finish line," Graham writes.

When Biden was inaugurated, Johnson admitted to his followers that he was wrong. But both followers and leaders alike within the prophetic movement are still standing by the predictions.

"The backlash to Mr. Johnson's apology was immediate," writes Graham. "On Facebook, he reported that he received 'multiple death threats and thousands upon thousands of emails from Christians saying the nastiest and most vulgar things I have ever heard toward my family and ministry.' He also said he had lost funding from donors who accused him of being 'a coward, sellout, and traitor to the Holy Spirit.'"

But as Graham points out, the popularity of self-appointed prophets shows no signs of waning.

"There's this idea that you can't trust anybody except these trusted individuals," said Brad Christerson, a sociologist at evangelical Biola University. "It's a symptom of our time. People don't trust institutions, and people think that all mainstream institutions are corrupt: universities, science, government, the media. They're searching for real sources of truth."