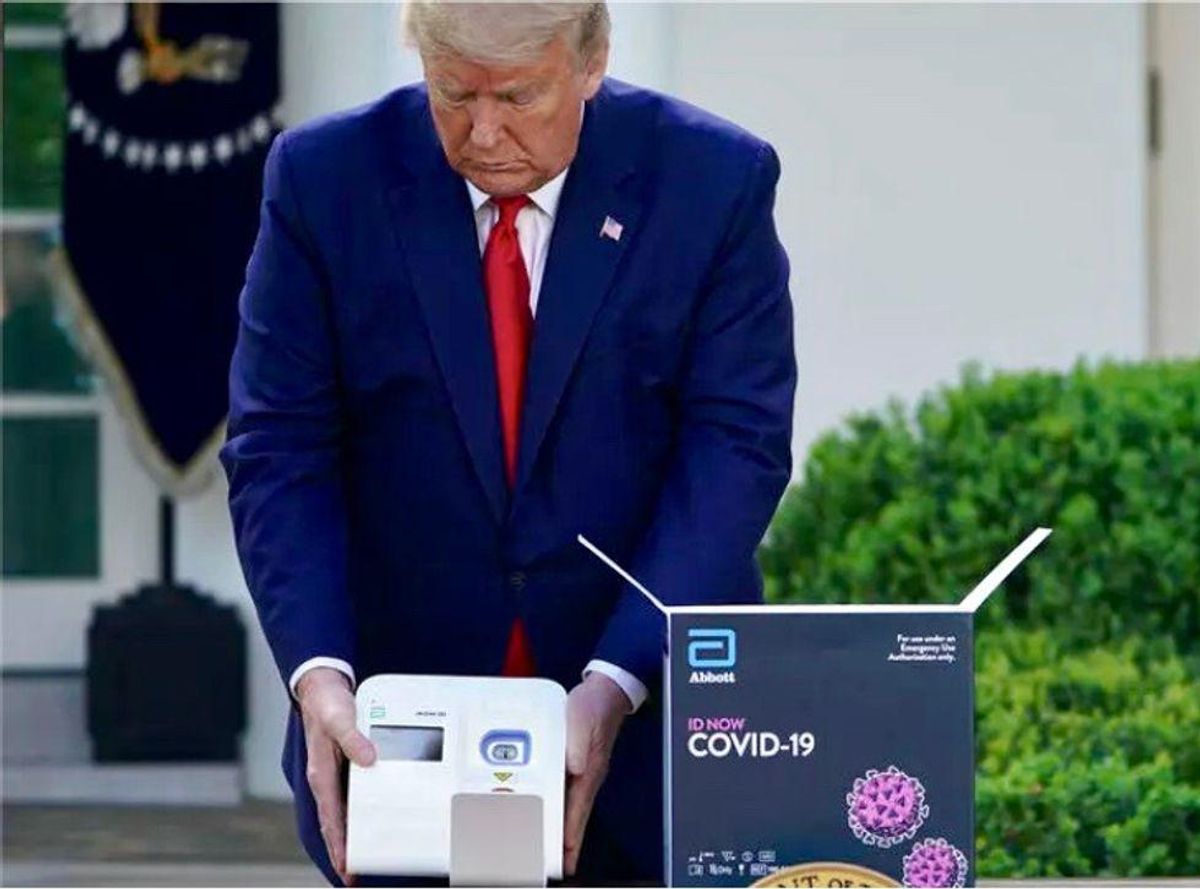 As the coronavirus was taking hold and Americans were starting to die, many people around the world were desperately trying to reach the White House to help only to be ignored.

In the new book, I, Alone Can Fix It, Washington Post reporters Philip Rucker and Carol Leonnig wrote that one of the world's leading infectious disease experts, Jeremy Farrar, was "exasperated" that the White House wasn't engaged in the global crisis. It was mid-February and the only person Farrar knew was former Homeland Security Adviser Tom Bossert, whom he called for help.

Bossert had worked for President George W. Bush's administration on the National Security Council. During the mid-2000s he "had helped write a pandemic response strategy, and Farrar saw him as an ally in trying to contain the coronavirus."

"There's nobody we can talk to," Farrar told Bossert according to the book. "Nobody's answering our calls."

So, Bossert tried to get to the White House. He tried Trump, Pence, and even attempted to get to Melania, literally anyone in hopes "to scare them into action on the virus, but had no luck."

The book said that Bossert "was convinced that Jared Kushner, Trump's son-in-law and senior adviser, who was the most powerful aide in the West Wing, and Marc Short were blocking his calls as an act of retaliation after Bossert had criticized in an ABC News interview Trump's phone call with the Ukrainian president."

Trump's assistant urged him to speak to Pence, but Short picked up the phone when it rang through to the VP's office. Short told Bossert that Pence was busy and had no interest in speaking to him.

"Come on, Marc, this is serious," Bossert told the chief-of-staff, according to the book. He then walked through how bad the infection rate and death toll was going to be.

"We've got plenty of smart people working on this, but none of them have numbers that agree with yours," Short told Bossert. "It's not that bad. Thanks for your call. We'll figure it out."

The philosophy "it's not that bad," would ultimately lead to Trump's undoing.

Bossert reached out to Dr. Anthony Fauci about what he should do.

"Listen, I just present the facts. I wish you were still in the White House. I'm not the one that runs the CDC. I'm the infectious disease person that does the research," Dr. Fauci told Bossert.

He ultimately told Bossert that he saw no urgency from the White House on the virus.

An extensive report in the New York Times in April 2020 called February the "lost month," when so much could have been done to protect Americans from the virus.

At the same time all of this was going on, Bob Woodward was speaking to Trump for his new book Fear.

"It goes through the air," Trump told Woodward on 7 February. "That's always tougher than the touch. You don't have to touch things. Right? But the air, you just breathe the air and that's how it's passed. And so that's a very tricky one. That's a very delicate one. It's also more deadly than even your strenuous flus."

The Leonig and Rucker book came out on Tuesday.

Here are some of the big-name Democrats Gov. Newsom will lean on to help save his job

SAN JOSE, Calif. — If you’ve watched the Olympics recently, you’ve probably seen an ad featuring Sen. Elizabeth Warren urging Californians to vote no on the Sept. 14 recall election. The Massachusetts Democrat won’t be the last big-name Democrat to make a swing through the Golden State — physically or virtually — to try to help Gov. Gavin Newsom keep his job. “They need star power to grab the attention of Democratic voters,” said Darry Sragow, a seasoned Democratic strategist. Just weeks ago, the recall looked like a long shot. But recent polling suggests that almost as many likely voters want...