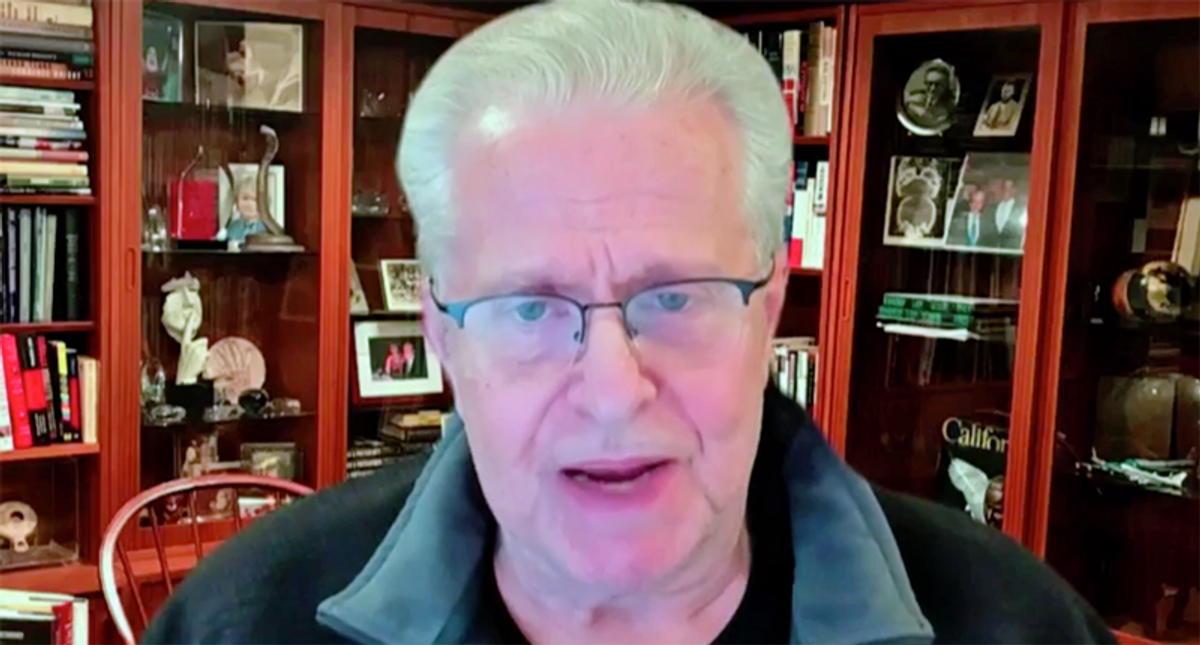 On Wednesday's edition of CNN's "OutFront," Harvard Law professor Laurence Tribe explained why President Donald Trump's imminent departure from office won't save him from the Senate impeachment trial for inciting violence at the Capitol.

"You've just written an op-ed in The Washington Post about this," said anchor Erin Burnett. "You say President Trump can be tried and convicted after leaving office. Why? Explain."

"Well, basically, the Constitution's text makes it clear that as long as you are an officer when you commit an impeachable offense, the ability to convict you and prevent you from repeating your dangerous activities doesn't cease," said Tribe. "If it were written otherwise, it would be crazy. The Secretary of War in 1876 thought he could game the system by resigning his office minutes before the impeachment was returned. But then the Senate, by a vote of 37-29 held understandably, you can't get away with it that way. It's not like when someone says you're fired, so you can't fire me, I've already resigned."

"The fact is that the Constitution was designed so that the most dangerous characters couldn't escape the important remedy of being taken out of public office in the future simply by resigning. That won't work," continued Tribe. "And, although there are some scholars I really admire — in particular Judge Michael Luttig, who doesn't agree with me but says he thinks I've got a powerful argument — I think the case is pretty clear, and there is a lot of argument, both historical and textual, for the view I have about this."