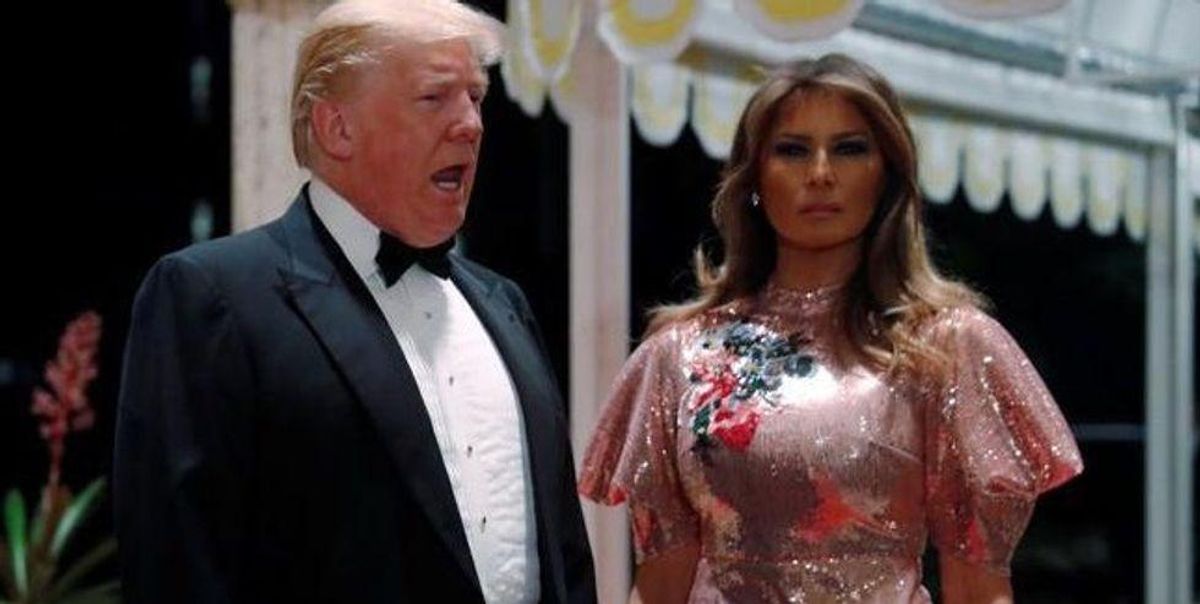 One of the most bizarre moments from the new book out by Washington Post reporters Carol Leonnig and Philip Rucker is the way President Donald Trump spent his 2019 New Year's Eve at his annual Mar-a-Lago party.

It was the night after a militia had attacked a U.S. embassy in Baghdad. Trump was terrified that it would be another Benghazi. He called Iran out as the one responsible.

"Was he prepared for his upcoming Senate impeachment trial?" he was asked at one point.

"What about Kim Jong Un, the North Korean dictator with whom Trump had boasted of exchanging love letters, who over the holidays menacingly had warned of a 'Christmas present' for the United States?" Trump was also asked according to the new book, I, Alone Can Fix It.

"'I hope his Christmas present is a beautiful vase,' Trump quipped, seeming to make light of the possibility of nuclear war, as Melania, silent and statuesque in shimmering gold sequins, broke into a momentary smile."

Trump went on to prophesy an amazing 2020.

"We're going to have a great year, I predict," he said. "I think it's going to be a fantastic year." He added, "Our country is really the talk of the world. Everybody's talking about it."

That same night, Dec. 31, 2019, the Atlanta office at the CDC got an urgent note from the small staff in Beijing. There were "reports of a series of unexplained pneumonia-like cases in the interior Chinese port city of Wuhan."

I Alone Can Fix It is available now and has revealed a shocking slate of facts Raw Story is following here.