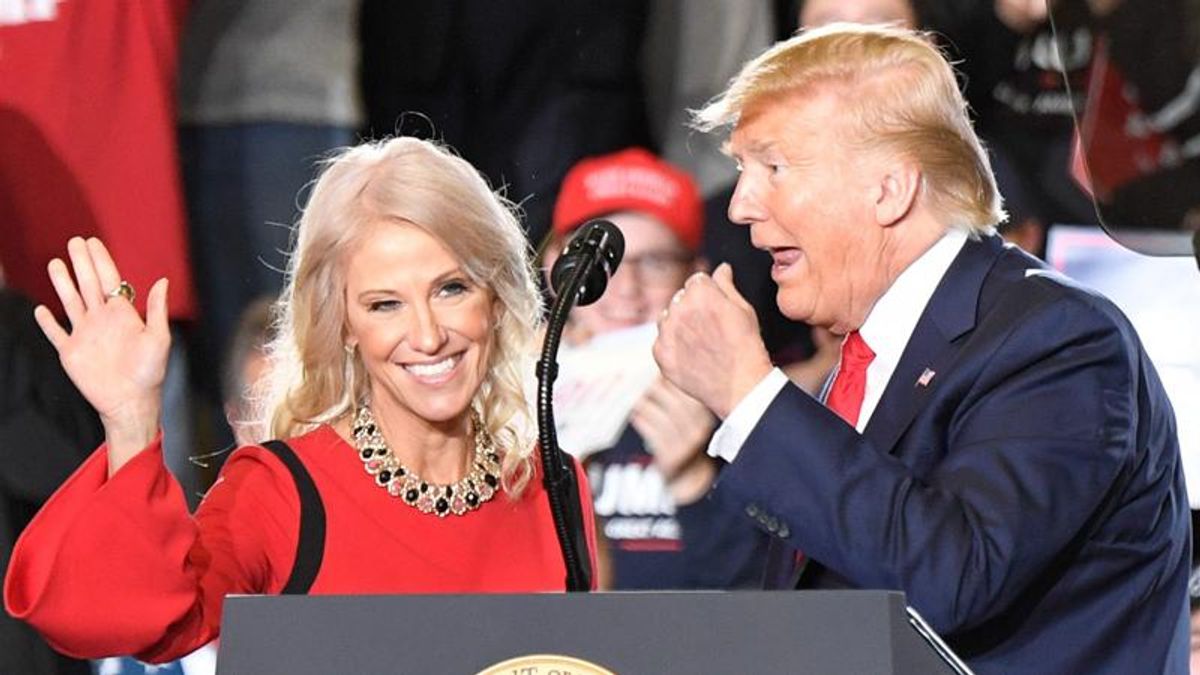 During the worst of the COVID-19 crisis, President Donald Trump was convinced he could reopen everything because the warmth of the air would somehow kill the virus. While it's true that respiratory viruses see a decrease in warmer months, COVID was a whole different story.

A new book by Washington Post reporters Carol Leonnig and Phil Rucker, "I Alone Can Fix It," revealed that Trump was determined to reopen the country for Easter Sunday on April 12. Trump was certain that "voters would be heartened by images of church pews packed with parishioners on Easter Sunday and families out celebrating over brunch in neighborhood restaurants."

Kellyanne Conway was against it, saying it could be perilous.

"Mr. President, this is a huge mistake," Conway said according to the book. "You don't own the deaths right now, but you'll own all the deaths if you do this."

She explained that it was "too soon," and that a decision like reopening the country can't be arbitrary, it had to be strategic and based on experts.

"No, no, no," Trump insisted according to the book. "We have to open. It's killing people."

"I get it," Conway said. "But we can't even see this virus. It's transmitted through the air. And if you reopen now, you'll own it."

In the end, Conway proved to be correct.

"I Alone Can Fix It," is on sale now and Raw Story has been following the information from the release here.