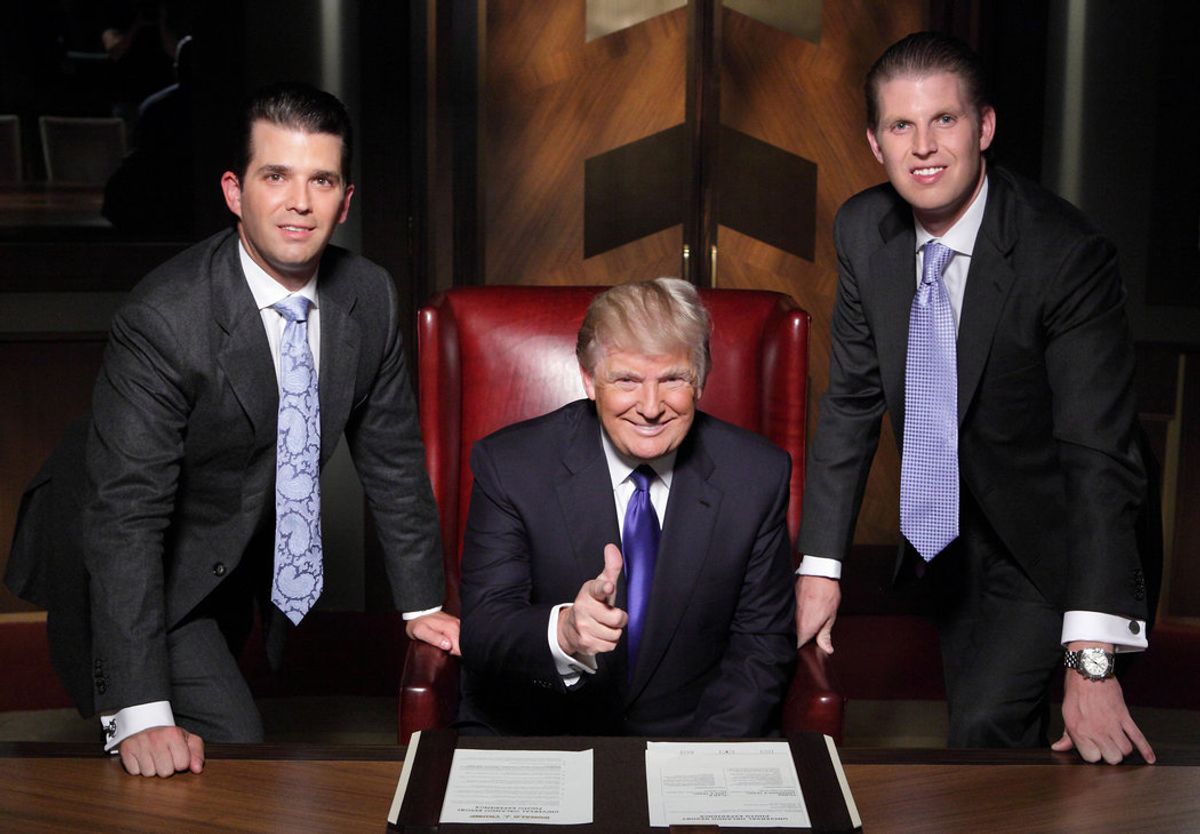 Donald Trump will end his disastrous presidency violating the central, overarching promise he made to the public in 2016: That he and his supporters would win so much that they'd be "sick and tired of winning." Trump vowed that he alone would bring back lost manufacturing jobs, restore white, Christian America's dominance over an increasingly diverse country and punish those politically correct elites who looked down their noses at his voters.

Now, four years later, the walls are coming down around him. Two years after Trump led his party to one of the most bruising midterm defeats ever, he lost his own bid for re-election and then lost dozens of court cases attempting to overturn the results. And he was widely credited with handing Democrats control of the Senate by depressing Republican turnout in Georgia.

He wasn't done losing. On Friday, his beloved Twitter account was permanently suspended, a loss that his aides say caused him to "go ballistic." This week, Lehigh University revoked the honorary degree it bestowed upon him more than 30 years ago and the Iraqi government issued an arrest warrant for him.

According to a Reuters/Ipsos poll, 57 percent of the public want him immediately removed from office after inciting the insurrection at the Capitol this week. As of this writing, it looks like the House of Representatives will move to impeach him for a second time next week, a feat that no future president is likely to match.

It is clear that Trump's crackpot coup attempt and continuing incitement have served as an inflection-point. A number of regime officials resigned in disgust or out of self-preservation, leaving Trump isolated and increasingly morose, according to reports. Joe Biden abandoned his typical moderation and called the Trump supporters who stormed the Capitol "thugs" and "seditionists." The legacy media are being unusually clear in describing the attack on Congress as an act of insurrection. Newspaper editorial boards, including that of the conservative Wall Street Journal, are finally calling for Trump to resign and some current and former Republican officials have echoed those calls.

The movement Donald Trump leads is also suffering severe losses. Some of those who heeded his call to come to DC in a futile effort to halt the count of Electoral College votes feel betrayed after Trump, under pressure from legal counsel, turned around and condemned the rioters. Many seem surprised to learn that they may face legal consequences for their actions.

Sens. Josh Hawley (R-MO) and Ted Cruz (R-TX) are also facing calls to step down for their roles in fomenting this week's chaos. White House aides are worried that they'll be unemployable. Politico reports that some have already "been snubbed by potential employers, told they would be a 'liability' and in one instance were even compared to the 'Hitler Youth.'"

In addition to suspending Trump's Twitter and Facebook accounts, social media companies have booted dozens of prominent MAGA figures for continuing to spread disinformation about the election and inciting more violence. Google Play announced that it would stop distributing the application for Parler, the conservative alternative to Twitter, for failing to moderate its users' content. The Apple Store is likely to follow suit.

Trump also leaves office having lost most of the policy fights he's taken on and failing to advance the bulk of his agenda. There is no wall on the Mexican border. Obamacare remains the law of the land. DACA hasn't been repealed. The middle-class tax cuts he promised his followers became a typical GOP give-away to big corporations and the wealthy. The Biden administration will rejoin the Paris Accord and at least attempt to reenter the international nuclear compact with Iran. Trump's trade agreement with Canada and Mexico only delivered moderate alterations to NAFTA and he never finalized that great trade deal with China.

Trump has lost in other, less tangible ways. Public opinion polls have found that his xenophobic rhetoric backfired, with a sharp increase in the share of Americans who say that immigrants make the country stronger and a decline in the number who believe they're a burden on taxpayers and take natives' jobs. The American public's view of Islam also became more positive as he demonized Muslims and called for them to be banned from the country.

In a few weeks, Trump and many of the people within his inner circle will be exposed to criminal liability at both the state and federal levels. Pardoning himself would only force the Biden Justice Department to test the legality of that act in court and ultimately increase the likelihood that he faces federal charges. His businesses have faced steep losses that are only going to get worse when he can no longer leverage the power of his office to support them.

This staggering collection of defeats is vitally important for the future of our democracy. Historians caution that failed coup d'états are often followed by successful ones. Trump's success in effectively taking over the Republican Party and winning the undying fealty of a large swath of its base have led many observers to worry that a more disciplined and knowledgeable demagogue might be more successful in bending the institutions of our government to his or her will in the future.

Losing as badly as Trump has over the past few months is the best safeguard against that. His party is splitting apart and has been shut out of power at the federal level. The movement whose loyalty he commanded is also fracturing.

Trump is ending his presidency as a disgraced loser—one of the biggest losers in our country's history. And in doing so, he has offered a model that no would-be authoritarian would ever want to emulate in the future.