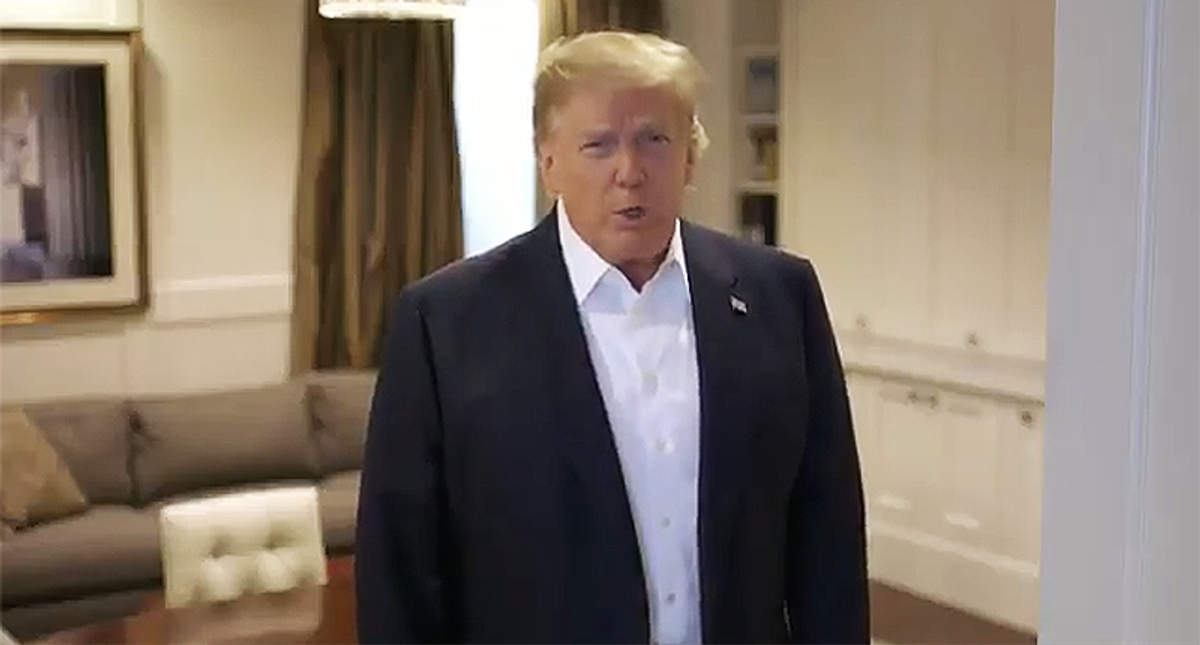 President Donald Trump was unable to tweet his comments after Mike Pence certified their re-election loss before a joint-session of Congress.

Twitter suspended his account after he praised the insurrectionists who violently stormed the U.S. capitol on Wednesday, resulting in four deaths.

The declaration by Pence marked Trump losing at the ballot box, Electoral College, in the courts and before Congress.

BREAKING: PENCE: “The announcement of the state of the vote by the President of the Senate shall be deemed a suffic… https://t.co/gu11aEQMnP
— Frank Thorp V (@Frank Thorp V)1610008869.0

In it, Trump acknowledges there will be a transition, but continues to repeat his delusions about the election that resulted in the fatal attack on the capitol.

...fight to ensure that only legal votes were counted. While this represents the end of the greatest first term in… https://t.co/tQXXetwWpu
— Dan Scavino🇺🇸🦅 (@Dan Scavino🇺🇸🦅)1610009361.0