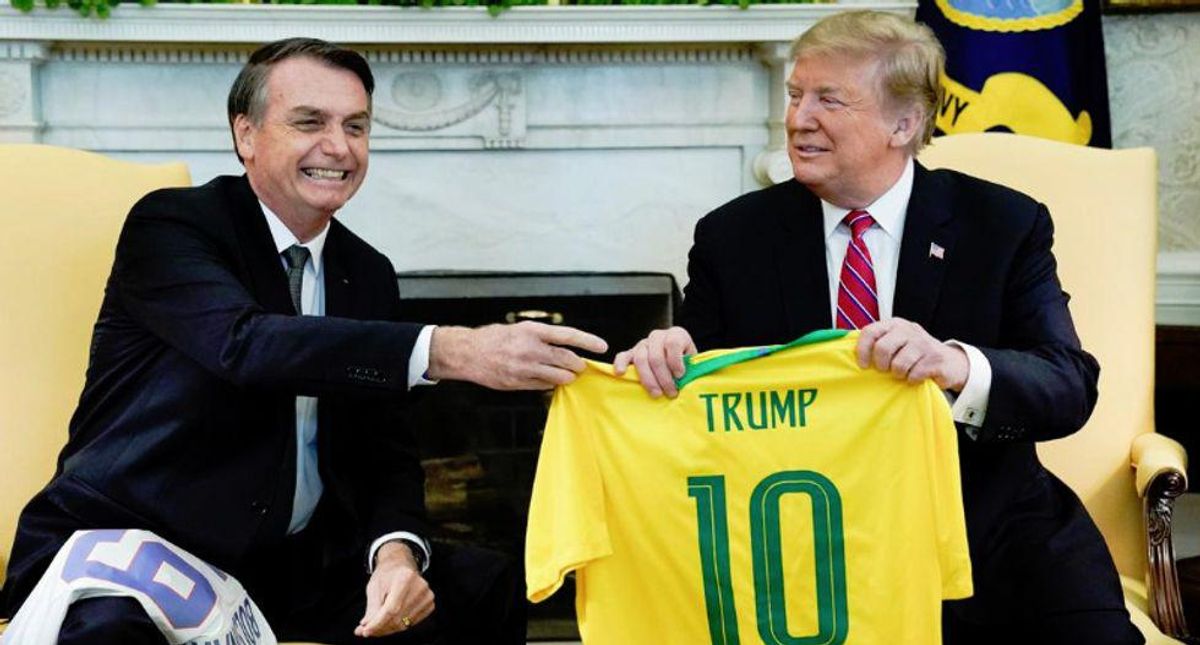 The New York Times reports that these setbacks have rattled many Trump-loving right-wing authoritarians in Hungary, Poland, and Slovenia who have faced mass protests for their handling of the novel coronavirus pandemic.

Luka Lisjak Gabrijelcic, a Slovenian historian and disillusioned Jansa supporter, tells the Times that the Slovenian leader's "base supports him but lots of people really hate him," and that he's been "even more successful at mobilizing his many opponents."

Ivan Krastev, an expert on East and Central Europe at the Institute for Human Sciences in Vienna, tells the Times that Netanyahu's ouster as Israeli prime minister truly shocked many right-wing authoritarians because they never believed that a wide coalition of opponents would ever get their act together to unite against Netanyahu's Likud Party.

"Israel was their model," he explained.

Outside of Europe, trouble has also been brewing for Trump-loving Brazilian President Jair Bolsonaro, who once again faced mass protests over the weekend as his country's death toll from COVID-19 topped 500,000.

A poll released by Brazilian polling firm Datafolha last month found that Bolsonaro's approval rating had fallen to just 24 percent, while also showing that he would lose handily to political rival Luiz Inacio Lula da Silva if the election were held today.