Reporters who hate Trump are flocking to Mar-a-Lago to dig up dirt on him: resort insider 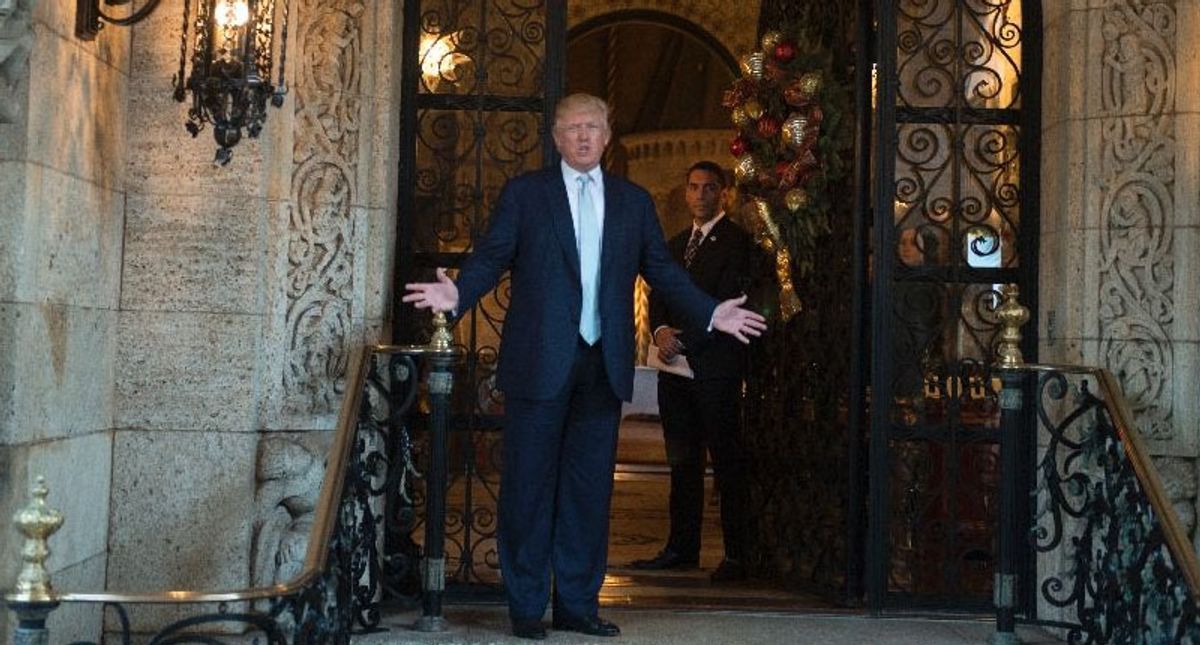 The historian who literally wrote the book on Donald Trump's Mar-a-Lago resort explained on MSNBC on Saturday how things have changed since Joe Biden took office.

Palm Beach's Laurence Leamer, author of the book Mar-A-Lago: Inside the Gates of Power at Donald Trump's Presidential Palace, was interviewed by MSNBC's Alex Witt.

"Larry, welcome back," Witt said. "You know, you made big news the last time. Before we get to the headlines of today, it happened in January, you were on the show after the inauguration and you told me that Trump was more or less isolated and people were avoiding Mar-a-Lago. First of all, tell me what happened after that interview."

"It was absolutely crazy," Leamer replied. "Since then these television reporters have come from all over the world, Korea, Ukraine, Russia, you name it, England, Germany, France -- it just took off. And you realize what it means is that nobody sells this story, nobody is out hyping it, it just takes off, people want to hear the stuff about this guy."

"But why do you think it went viral like that?" Witt asked. "It was an unflattering portrait that you painted."

"Right. I don't know. Listen, all of these reporters come to me to talk to them basically [from] all across the world. People don't like Donald Trump and they'll travel thousands of miles to tell a story that is revealing about what this guy really is. That's what I thought it was," he explained.