Ahead of the public release of Mark Esper's book, "60 Minutes" did an interview with the former Secretary of Defense. As part of the interview, co-host Norah O'Donnell reached out to former President Donald Trump for comment, and the replies went into detail contrasting Esper's account.

It was the final question that was the most interesting. Esper has said that Trump wanted to ask why he couldn't bomb Mexico to deal with the drug cartels.

"Is that supposed to be a bad thing," the president's namesake Donald Trump Jr. tweeted this week when the news broke.

While Trump is eager to lend his comments about any topic, on this one, he was mum.

Another issue Trump took with Esper's comments was his accusation that Trump wanted to deploy 10,000 troops into Washington, D.C. to respond to the Black Lives Matter protests.

"Wrong. I wanted to send at least 10,000 troops for January 6, because I knew many people were coming to Washington that day to protest the corrupt Presidential Election (sic) of 2020," Trump claimed.

This contrasts with all testimony given under oath to the House Select Committee investigating Jan. 6. For that reason, the Washington Post gave it "four Pinocchios."

"But it turns out a Vanity Fair reporter was embedded with acting defense secretary Christopher Miller and his top aides during the period leading up to the insurrection," the fact-check explained. "That real-time access provided a different version than the account offered by Trump and his former chief of staff."

"We’re like, 'We’re going to provide any National Guard support that the District requests,'" Miller said, according to the Vanity Fair report. "And [Trump] goes, 'You’re going to need 10,000 people.' No, I’m not talking bullsh--. He said that. And we’re like, 'Maybe. But you know, someone’s going to have to ask for it.'"

The number Trump threw out was part of his hyperbolic estimations like "there's going to be a million people." 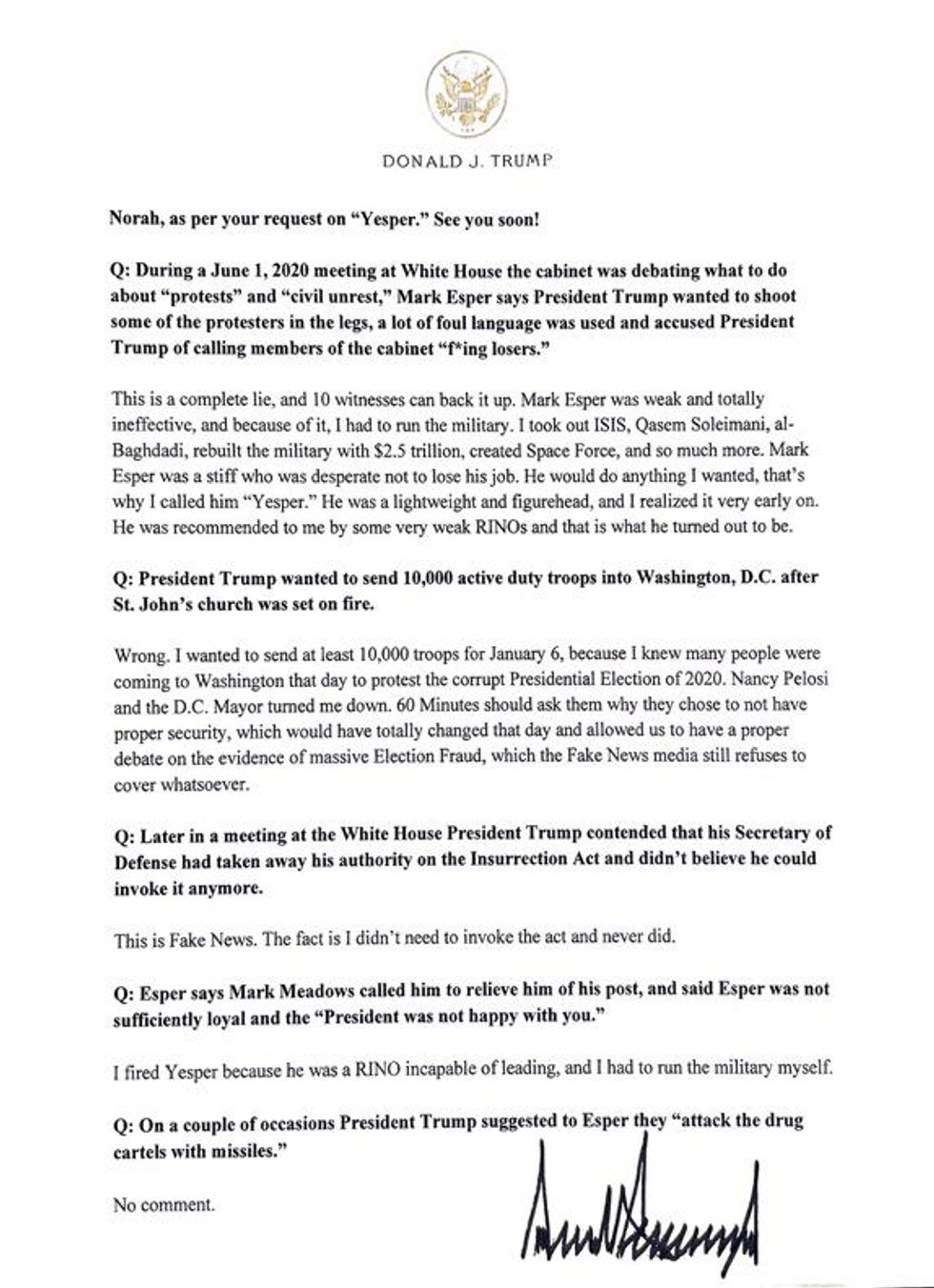