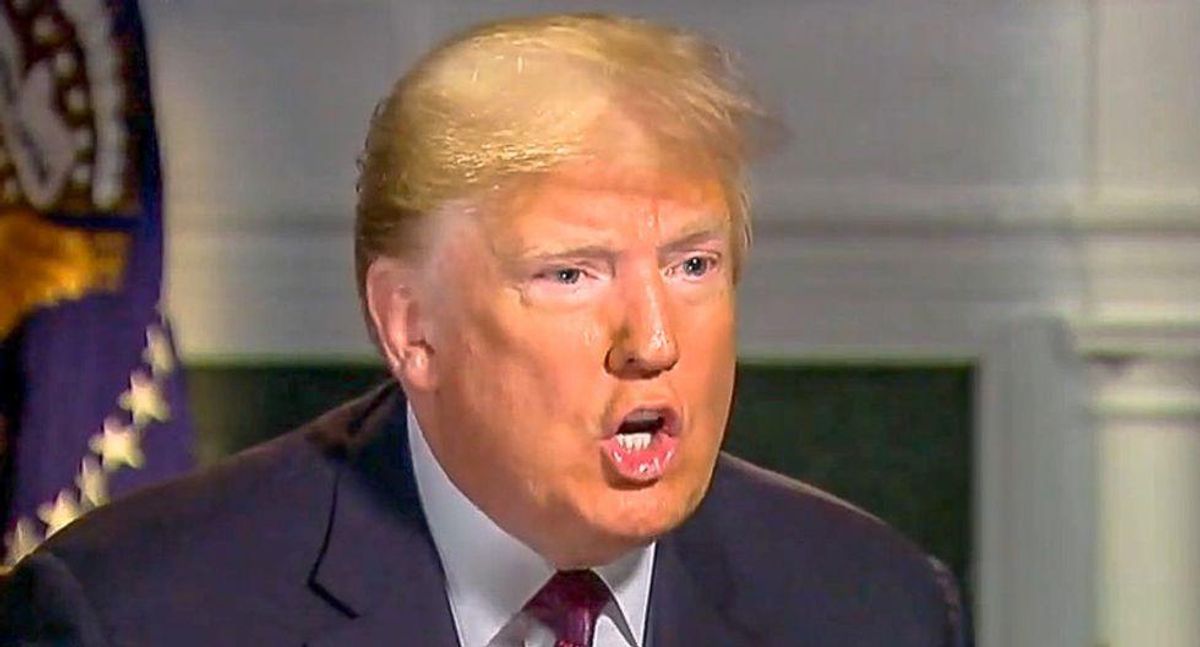 The appearance came after bombshell revelations from the forthcoming book Peril.

"Twice in the final months of the Trump administration, the country's top military officer was so fearful that the president's actions might spark a war with China that he moved urgently to avert armed conflict," the newspaper reported. "In a pair of secret phone calls, Gen. Mark A. Milley, the chairman of the Joint Chiefs of Staff, assured his Chinese counterpart, Gen. Li Zuocheng of the People's Liberation Army, that the United States would not strike, according to a new book by Washington Post associate editor Bob Woodward and national political reporter Robert Costa."

The book also examines fears that Trump might have used nuclear weapons.

"Milley also summoned senior officers to review the procedures for launching nuclear weapons, saying the president alone could give the order — but, crucially, that he, Milley, also had to be involved," the newspaper reported. "Looking each in the eye, Milley asked the officers to affirm that they had understood, the authors write, in what he considered an 'oath.'"

Trump lashed out during a phone call with Newsmax host Sean Spicer.

"First of all, if it is actually true — which is hard to believe — that he would've called China and done these things, and was willing to advise them of an attack or in advance of an attack, that's treason," Trump said. "And I would think — I've had so many calls today saying that's treason."