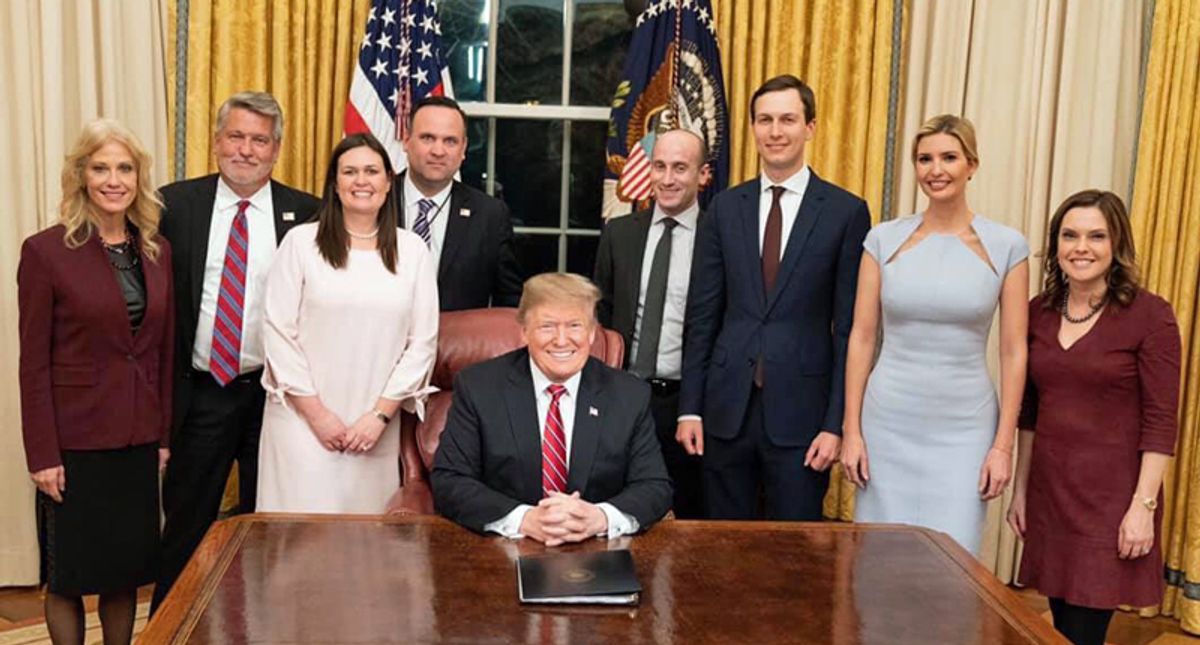 Right-wing radio host and former Trump adviser Sebastian Gorka has now claimed that he was spied on by the National Security Agency, joining a parade of evidence-free claims that began with Tucker Carlson Monday night on Fox News and continued with former Trump White House strategist Steve Bannon.

Gorka, a colorful if unpredictable figure of the early Trump administration, who was often seen on Fox News at the time railing against the "era of the pajama boy," made the accusation in a Newsmax broadcast on Tuesday evening.

"There is a part of the NSA, it is the most aggressive cyber arm of the NSA called the 'Tailored Access Operations,'" Gorka said, then claiming "there was a small unit of contractors in the TAO who had been tasked to actually surveil members of the Trump administration, me, Steve Bannon and others included."

Asked by Newsmax host Grant Stinchfield why he waited so long to bring forth this allegation now, the tough-talking right-wing radio host — infamous in D.C. for an inability to park his Mustang convertible correctly — appeared to duck the question.

Later in the interview, Gorka told Stinchfield that a "very highly respected journalist" has the evidence to back his claims, and that this unnamed person would come forward at a time yet to be determined.

Gorka went on to claim that his communications were being routed through Malaysia and treated as foreign communications — and therefore subject to NSA surveillance — in an elaborate scheme targeting Trump allies. He did not explain this strange accusation further.

Asked by Salon about Gorka's claims, an NSA spokesperson said they had "no further comment to offer" beyond the previous statement sent out regarding Carlson Tuesday night.

Since leaving the Trump administration to become a right-wing radio firebrand, Gorka has made various improbable claims, including that he was infected with the coronavirus before it was prevalent in the United States and once had a near-death experience at a 7-Eleven convenience store because he wasn't wearing a mask.

This wave of accusations that the NSA was spying on prominent conservatives began with Carlson's on-air claims on Monday night.

The prime-time Fox News host told his audience that an NSA whistleblower had reached out "to warn us that the NSA, the National Security Agency, is monitoring our electronic communications and is planning to leak them in an attempt to take this show off the air."

On Tuesday night, Carlson refused to retract his claims even though the NSA, a highly secretive agency that rarely engages with media or the public, released a statement saying that "Tucker Carlson has never been an intelligence target of the Agency and the NSA has never had any plans to try to take his program off the air."