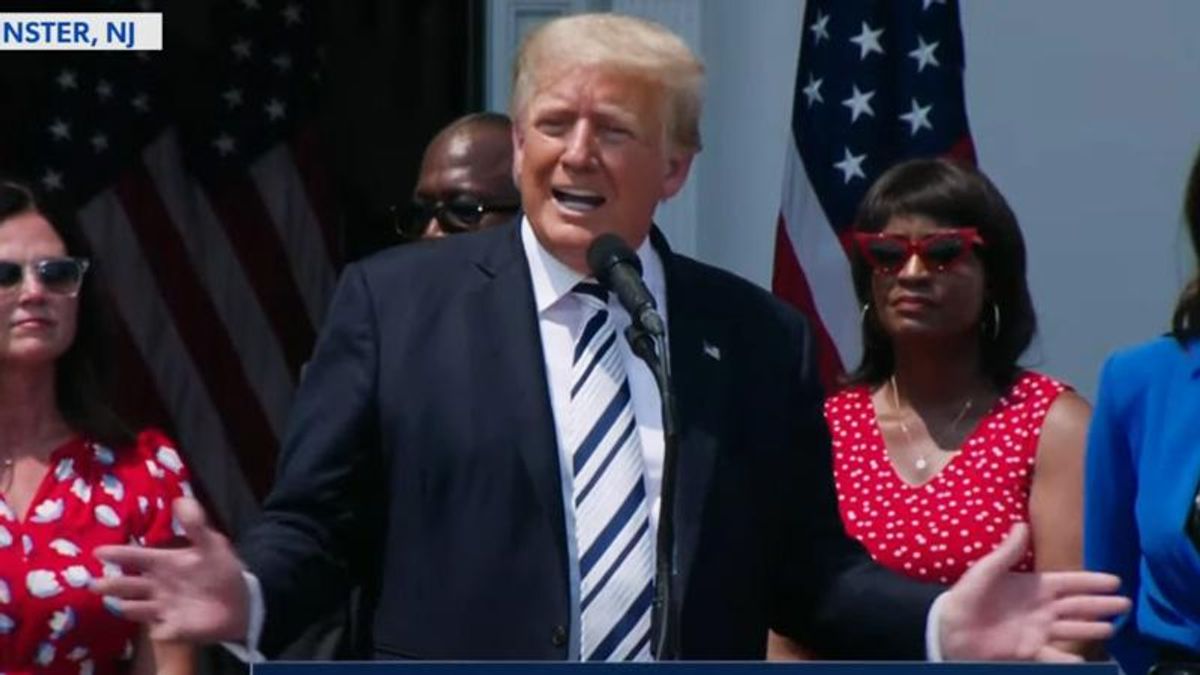 Donald Trump during a press conference in New Jersey. (Screenshot)

During a press conference this Wednesday in Bedminster, New Jersey, former President Donald Trump announced that he is filing a class action lawsuit against tech giants Facebook and Twitter, along with their CEOs, Mark Zuckerberg and Jack Dorsey, over being banned from their platforms.

Trump said the suit points out "so many violations of our Constitution" that were allegedly perpetrated by the tech companies, and referenced the fact that social media platforms such as Twitter and Facebook removed posts that questioned the origins of the novel coronavirus, only to later relent when the question became more mainstream.

"When I said it, it was like a weapon went off -- a major weapon," Trump said, referring to early assertions that COVID-19 was leaked from a Chinese lab. "I won't use the word 'weapon' because I never use the word 'nuclear' but we have to be careful with our leadership because if we don't have the proper leadership, we're in a very perilous state."

"So we don't use the word 'nuclear,' I never used it, okay?" Trump continued, seemingly growing agitated. "Never used it. I never said it. That's called disinformation."