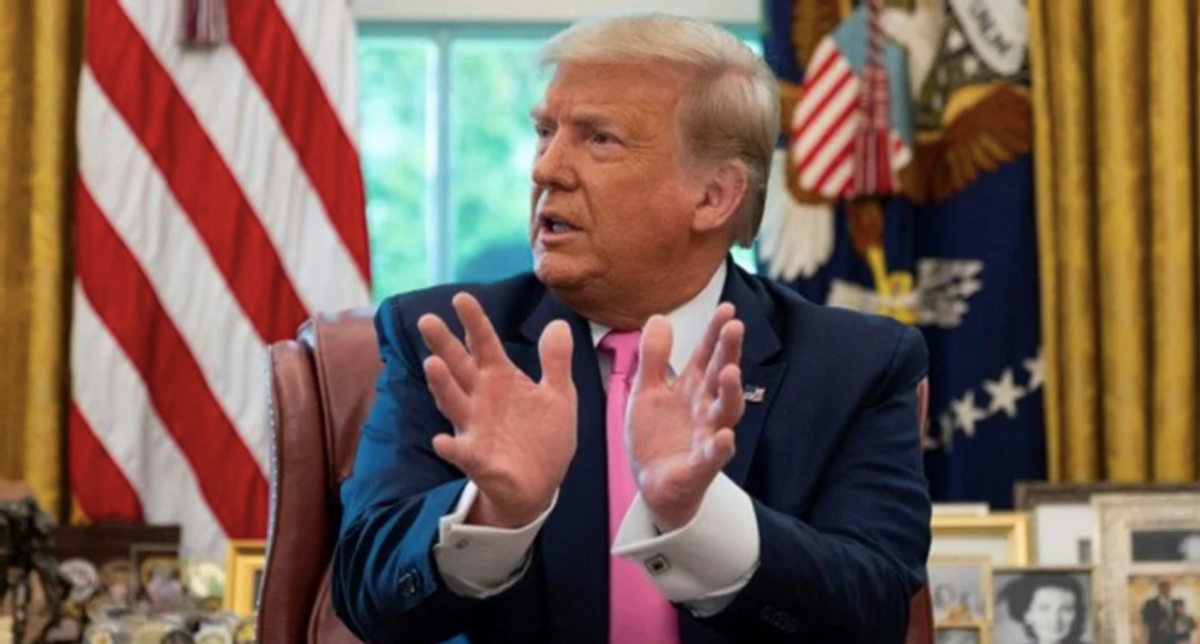 McEntee was just a 29-year-old staffer who was essentially told to send a secret withdrawal order to the Secretary of Defense without the National Security Council, chief of staff or Department of Defense knowing.

Macgregor told McEntee to use "a presidential decision memorandum" and model it off of that.

The information about the final days of Trump may be nothing more than a desperate plea at the last minute, but as MIT Associate Professor Vipin Narang it shows something far more sinister. If Trump could order a troop withdrawal secretly, there's much more he could have done despite security barriers in place to prevent it.

"A lot of people I respect a lot insisted in Jan. that there was no way Trump could invoke his sole authority to launch e.g. a single low yield nuclear weapon against Fordow because guardrails existed to prevent that," he tweeted. "Well….that presumes Trump wasn't actively trying to bypass them."

A lot of people I respect a lot insisted in Jan that there was no way Trump could invoke his sole authority to laun… https://t.co/YjGixjM6ww
— Vipin Narang (@Vipin Narang) 1621217856.0