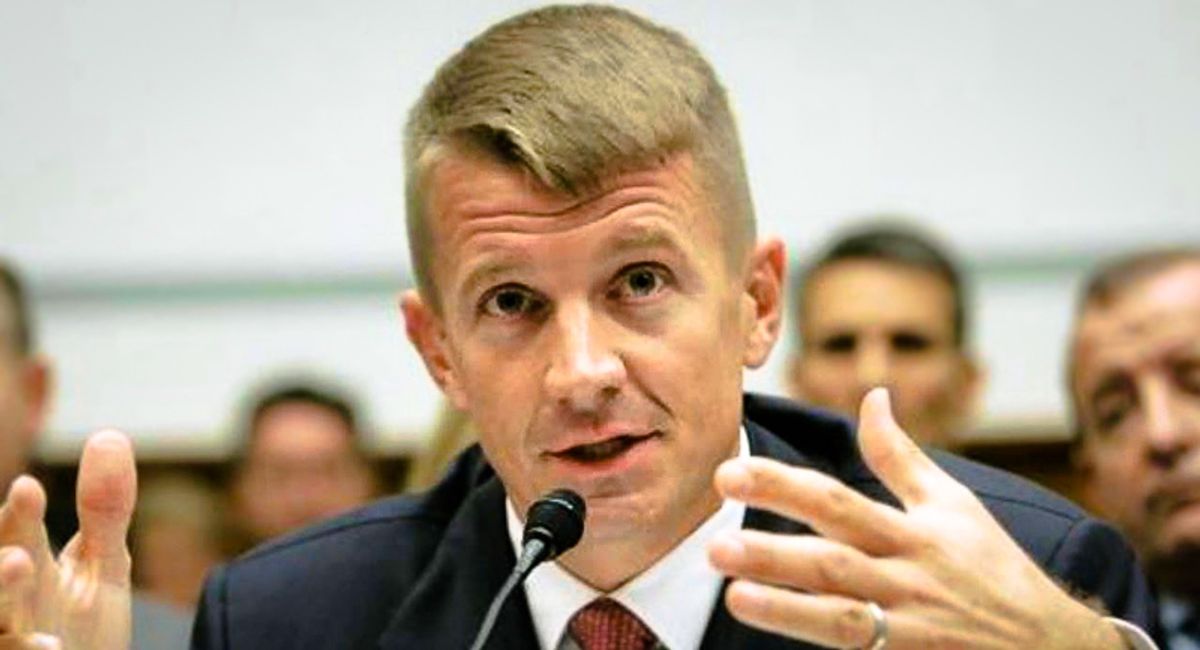 "Erik Prince, the former head of the security contractor Blackwater Worldwide and a prominent supporter of former President Donald J. Trump, violated a United Nations arms embargo on Libya by sending weapons to a militia commander who was attempting to overthrow the internationally backed government, according to U.N. investigators. A confidential U.N. report obtained by The New York Times and delivered by investigators to the Security Council on Thursday reveals how Mr. Prince deployed a force of foreign mercenaries, armed with attack aircraft, gunboats and cyberwarfare capabilities, to eastern Libya at the height of a major battle in 2019," the newspaper reported Friday.

"As part of the operation, which the report said cost $80 million, the mercenaries also planned to form a hit squad that could track down and kill selected Libyan commanders," the newspaper noted.

Prince is the brother of Betsy DeVos, who served as Trump's education secretary.

"During the Trump administration, Mr. Prince was a generous donor and a staunch ally of the president, often in league with figures like Steve Bannon and Roger Stone as they sought to undermine Mr. Trump's critics. And Mr. Prince came under scrutiny from the Trump-Russia inquiry over his meeting with a Russian banker in 2017," the newspaper noted.

Prince reportedly refused to cooperate with the U.N. investigation.