Trump can go to jail for his pardons — and it may make it easier to prosecute other crimes: expert 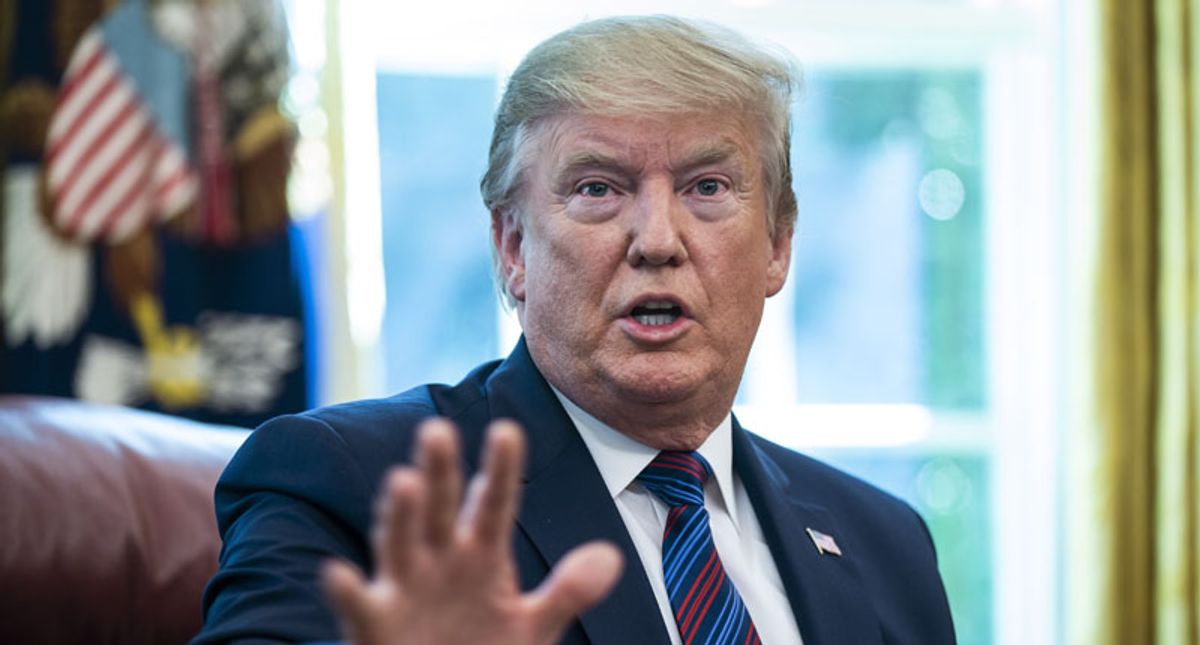 One of the nation's premier constitutional law experts explained why Donald Trump could be criminally prosecuted for his pardons -- and how it could compound his legal liabilities.

"If, as Alexander Pope reflected in 1711, 'to err is human, to forgive, divine,' then the US Constitution's pardon power — the prerogative of forgiveness — should be beyond reproach. Instead, a godless US president who appears incapable of forgiveness has seemingly perverted this instrument of mercy into another grave threat to the rule of law. Donald Trump's recent twisting of the pardon power risks leaving a damaging legacy: a blueprint for manipulating this vestige of royal prerogative to place presidents and their cronies above the law. But a remedy exists: investigation and potential prosecution. We must treat any obstructions of justice we uncover as the crimes they are," Laurence Tribe wrote for the Financial Times.

Tribe has taught at Harvard Law for 50 years and tried three-dozen cases before the United States Supreme Court.

"It is critical to distinguish between two types of corrupt pardons. There are those that are merely contemptible for their intrinsic immorality — they may give a free walk to American war criminals (the Blackwater contractors convicted of a massacre), corrupt politicians (former Illinois governor Rod Blagojevich, convicted of trying to sell a Senate seat), and relatives (Mr Trump's son-in-law's criminally convicted father Charles Kushner). There are others that pose structural dangers by placing the president and his circle above the law and thwarting investigations into wrongdoing," Tribe explained. "Mr Trump's grants of clemency to close advisers Paul Manafort and Roger Stone belong to a distinct and far more dangerous category. These pardons appear to be the latest steps taken which may in effect have hindered inquiries into crimes that Mr Trump's close associates have been convicted of committing. Put plainly, these pardons could potentially amount to criminal obstruction of justice or bribery."

"Pardons used as a means of obstructing justice are integral parts of criminal conduct precisely because the president has the formal power to grant them. The very breadth of that power enables a president to deploy it as a tool of criminality. If pardons used to reward silence could be invalidated by the courts, they would be worthless to their recipients and useless in a scheme to interfere with a formal inquiry," Tribe explained. "The result is not to negate the pardons issued but to expose a president to prosecution for the way he deployed them. If Mr Trump abuses pardons to shield himself and key allies from justice, that could be charged as criminal obstruction of justice, an abuse of the constitutional power of clemency to accomplish an illegal end."

The pardons could backfire for Trump.

"The result is not to negate the pardons issued but to expose a president to prosecution for the way he deployed them. If Mr Trump abuses pardons to shield himself and key allies from justice, that could be charged as criminal obstruction of justice, an abuse of the constitutional power of clemency to accomplish an illegal end," he explained.

My @FT op-ed explains the counter-intuitive fact that it’s the very breadth of the president’s pardon power — its “… https://t.co/Zd5EmHrQyI
— Laurence Tribe (@Laurence Tribe)1609011689.0