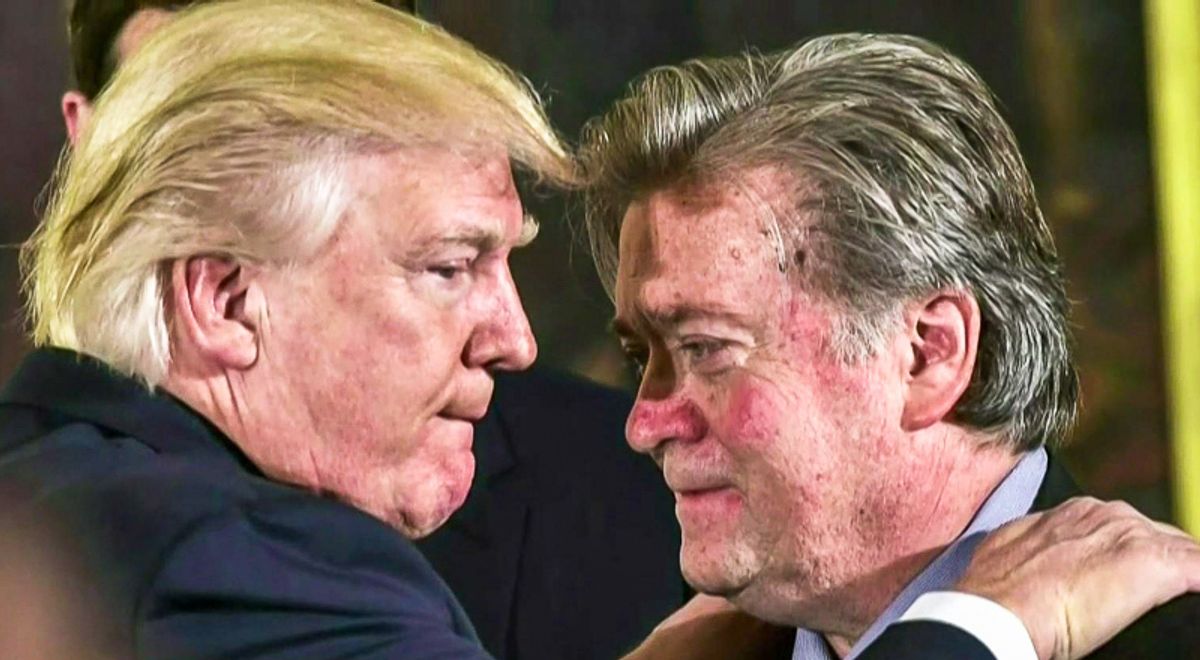 "The granting of even more sleazy crony pardons as the clock ran out on his one term," Politico cited GOP election lawyer Benjamin Ginsberg, "will define the nature of his presidency."

Republican strategist Mike Madrid similarly told Politico that he expected a few "unseemly" pardons, but that these were "a whole different level."

"This is pardoning your friends who are doing illegal behavior on your behalf," Madrid said. "It's all of his henchmen."

While the move is an inside-baseball game, there were so many of the "crony" pardons that it creates a story around Trump's corruption and desperation to overthrow the 2020 election.

"That Trump's Tuesday night combined another tranche of sleazy crony pardons with revoking his 2017 revolving door lobbying ban he bragged would drain the swamp will burn in the legacy of his presidency," Ginsberg said. "And not in a positive way. In his hubris, he apparently didn't consider, or didn't care, how this might impact the Senate Republicans who will now be asked to ignore his actions and save 'his reputation' in the impeachment trial."

Just as Trump was pulling out of the White House, it was also revealed that he rescinded his ban on Trump staff not being able to become a lobbyist for five years after leaving office. In 2017, Trump made a big production signing Executive Order 13770, saying that he campaigned on "draining the swamp." But when it came to the end, Trump withdrew the pledge.