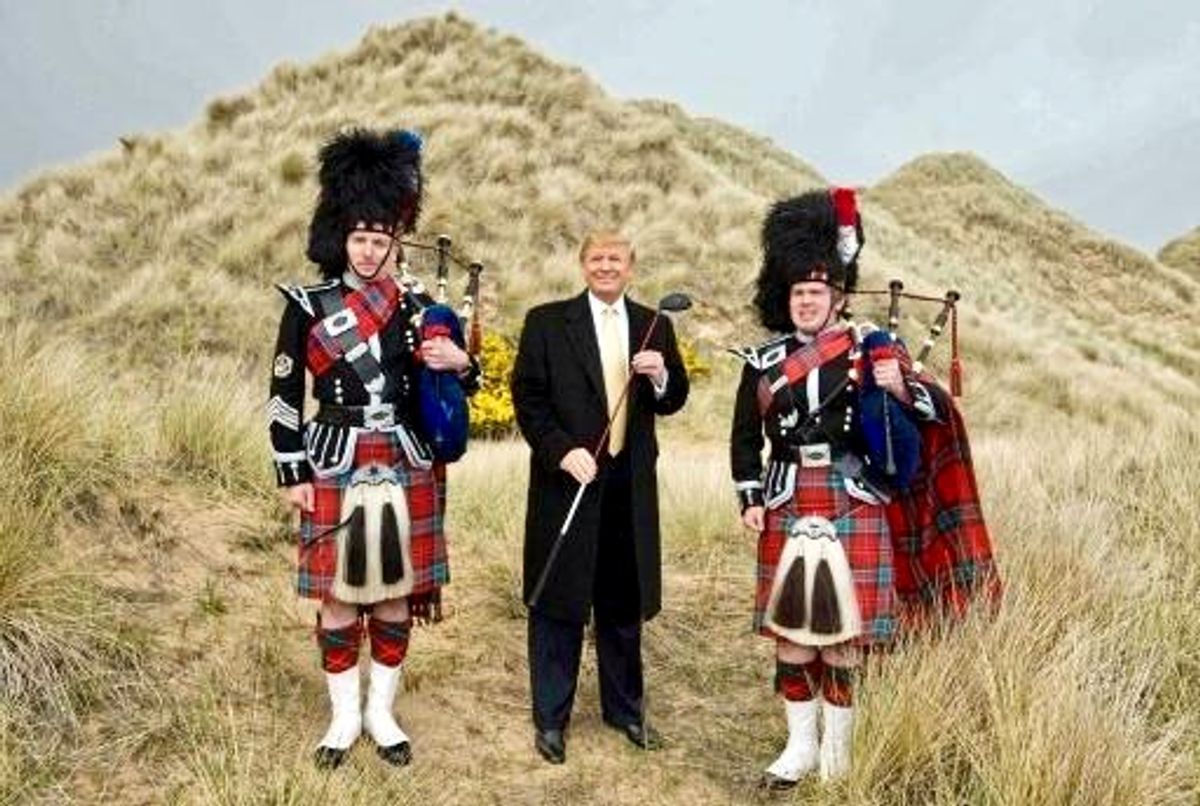 The human rights nonprofit group Avaaz has filed a petition in Scotland's civil court seeking a review of the government's decision not to investigate the payments for Donald Trump's resorts.

In an exclusive report, Reuters revealed that the petition was served Monday.

"Trump, after decades of buying properties with debt, spent more than $300 million in cash purchasing and developing the Scottish courses, neither of which has turned a profit," said Reuters. "Some Scottish politicians have cited mounting investigations into Trump's U.S. financial interests as grounds to scrutinize his business dealings in Britain.

In an effort to fight money laundering and target illicit wealth of foreign officials, Reuters explained that the British government issued orders in 2018 about the cash payments. If Trump's company couldn't verify that the money was "clean" they could seize the property.

According to Avaaz, the Scottish Parliament members who voted against the review of Trump's payments were using flawed legal understanding.

"Such a continued misapplication of the law would be contrary to the rule of law," it said.

"Avaaz challenges that reasoning in its court action, which asks the Court of Session in Edinburgh to rule that Scotland's ministers have sole responsibility to determine whether to apply for an unexplained wealth order and cannot delegate that responsibility to other people or institutions," said Reuters.

The court filing argued that the legal standard was met and Scottish leaders failed to perform their duty. If the court agrees with Avaaz, there could be a new argument in court.