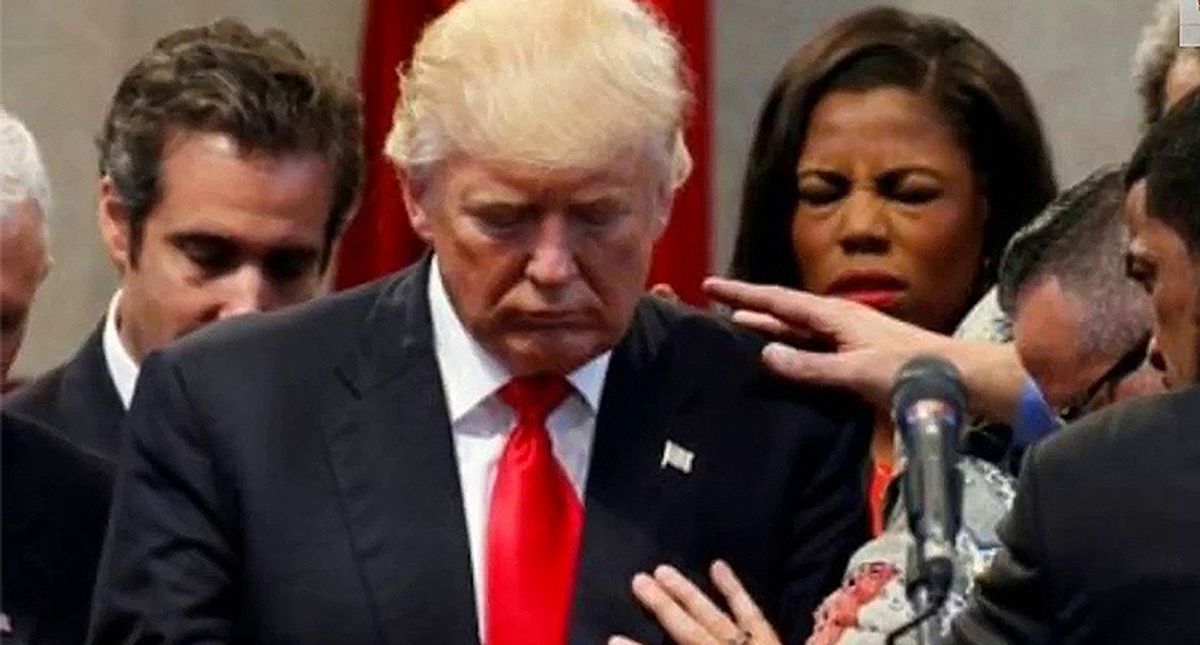 Several right-wing Christians took part in the angry mob that stormed the Capitol building last week, and Washington Post religion reporter Michelle Boorstein has found that many of them are followers of self-style "prophets" who still insist President Donald Trump will serve in the White House for the next four years.

According to Boorstein, many of these "prophets" have garnered fame and attention through social media sites such as Facebook and YouTube, and have gotten more involved in politics even though they've traditionally focused on matters such as "faith healing and raising people from the dead."

Prophet Mario Bramnick, for instance, insisted Trump was going to remain president even after the president himself acknowledged he would be leaving the White House in the wake of last week's deadly riots.

"Anyone who think this ends tonight is totally mistaken," he said. "You are still the president and we need you to stay on the front lines, sir."

24/7 National Strategic Prayer Call, an Arkansas-based ministry, similarly told followers in the wake of the riots that everything was going according to plan for Trump to serve another four years in the White House.

"We affirm his lawful election and pray for four more years with Donald Trump as our president!" the ministry said.

Boorstein notes that many of these "prophets" are part of what religious scholars call "neo-charismatic" Christianity that encourages to see themselves fighting every day in a biblical struggle against evil, complete with divine signs and prophecies of the kind found regularly in the Old Testament.

"Many of these prophetic leaders in 2015-2016 said Trump was anointed by God, divinely assigned to save America and protect religious freedom," explained Peter Montgomery of People for the American Way. "And now with them believing that Trump is standing in the way of Christianity being criminalized in the United States, this is an existential moment."