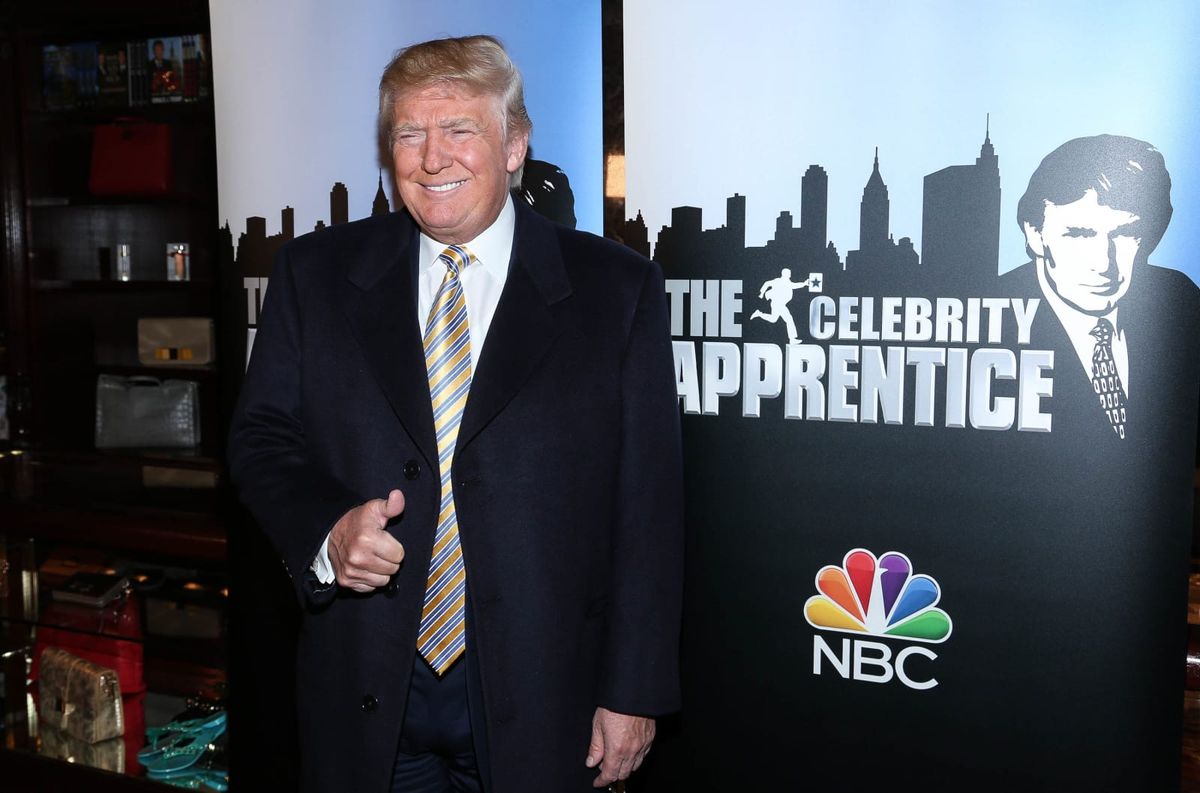 Predicting what was likely to come next during Donald Trump's tumultuous presidency was tough because we usually found ourselves navigating uncharted waters. But you didn't need to be clairvoyant to know that if he lost, he would claim that the election was rigged and incite his base to violence because that's what he did when he won in 2016.

The truth is that he has been making angry white people feel comfortable expressing and acting on their bigotry since he descended that gaudy golden escalator and claimed that while some Mexican immigrants may be "good people," for the most part, Mexico was "sending us" their "rapists" and "not their best people."

In 2016, shortly before the election, University of Massachusetts political scientist Brian Schaffner conducted a study. He divided over 1,100 non-Hispanic whites into different groups. He showed one of them, a control group, three standard-issue campaign claims made by Donald Trump and Hillary Clinton during the preceding year. The second group was shown the same three statements, but also treated to an excerpt of Trump's infamous Mexican-rapists speech.

He then asked all of his study subjects to say whatever popped into their mind about different groups of people, some who have been historically marginalized and others who had not: Black people, Mexicans, white people, politicians, the middle class, and millennials.

And those who were shown Trump's tirade about Mexicans made significantly more negative comments about all of the groups they were asked about than those who only saw more banal campaign rhetoric.

Schaffner considered the possibility that respondents were simply mimicking Trump's own words when they were fresh in their minds, but was able to control for that possibility. He told me in 2018 that he didn't think that Trump's rhetoric had changed the way respondents felt about Mexican-Americans or millennials. Rather, it gave them tacit permission to be explicit about their prejudices. "People aren't always sure what the norms are in terms of what's OK and what's not OK to say," he told me. "There have been several psychological studies showing that people tend to take cues from their peers when they're asked to talk about other groups. When they hear somebody saying something offensive about some group, then they basically say to themselves, 'Oh, I can say that because this other person said it, so it must be OK.' And I think something similar is going on here. People hear a politician who is running for president using this inflammatory terminology, and they think, 'Well, if a major party's presidential candidate is using this language then it must be acceptable for me.'" Trump didn't make them more bigoted; his candidacy just signaled that new norms had arrived.

In 2016, as in 2020, Trump insisted well in advance of the vote that if he lost it would be proof of fraud even though he had trailed in the polls for much of the campaign. When he won the presidency, he nonetheless claimed that the election had been plagued by fraud because he lost the popular vote to Hillary Clinton by a margin of almost 3 million ballots.

But his relentless insistence that he, and in turn his followers, was a victim went well beyond that. Like most of the conservative movement, he insisted that the media, debate moderators and everyone was else was rigging the vote against him.

And so his supporters reacted to his Electoral College victory with targeted violence. According to a 2018 report by the Center for Investigative Reporting, "nearly every metric of intolerance in the U.S. has surged over the past 18 months, from reported anti-Semitism and Islamophobia to violent hate crimes based on skin color, nationality or sexual orientation."

This renaissance of hate features something new: xenophobic, racist and homophobic attacks punctuated with President Donald Trump's name. To understand the scope of the phenomenon, Reveal from The Center for Investigative Reporting identified more than 150 reports of Trump-themed taunts and attacks stretching across 39 states over the past year and a half.

Interviews with the targets of and witnesses to these incidents showed a striking pattern. The abusers had a clear message: Trump's going to take care of a problem – and that problem is you.

The evidence for this "Trump Effect" isn't just anecdotal. Research by Ayal Feinberg, Regina Branton and Valerie Martinez-Ebers, three Texas-based political scientists, found that 226% more hate crimes were reported in counties where Trump held a rally in 2016 than in counties with similar demographics where Trump didn't make an appearance.

This was the president who said there were fine people on both sides of the Unite The Right Rally in Charlottesville (conservatives insist he was talking about people who attended a protest against taking down Confederate statues the day before the deadly riot but they were the same people). His followers have targeted those who he claimed had wronged him with pipe-bomb campaigns and mass shootings.

Trump was always going to claim fraud if he lost, and probably if he won. He was always going to tell his supporters that they had to "fight hard" to keep their country, and they were always going to respond to his rhetoric with violence. Republicans will probably vote to acquit him for inciting the deadly Capitol riot, but that reality will always be a stain on his legacy and on his movement.