'That was a boobytrap': Trump offers new explanation for his bizarre walk down West Point ramp 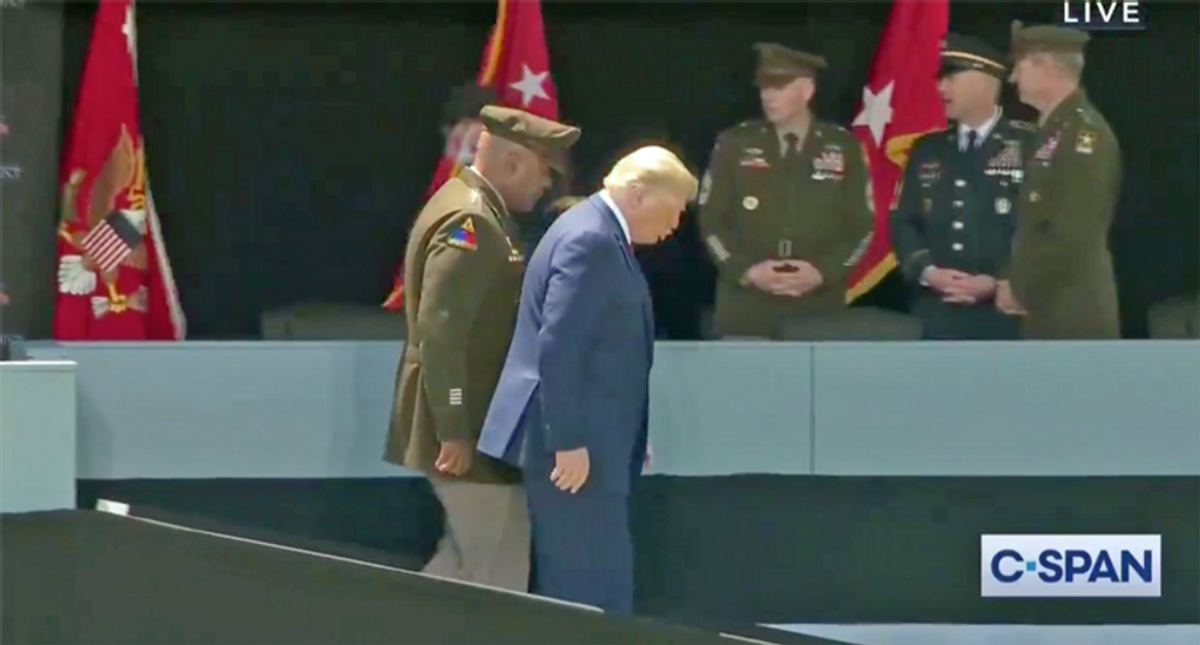 Almost one year after it occurred, Donald Trump is still fixated on defending his awkward walk down a ramp following a graduation speech at West Point.

Trump returned to the topic during a rambling speech in Greenville, North Carolina.

"Now when I made the best speech I've ever made, they said it was at West Point. And it was pouring and I had a ramp that was an iceskating rink," Trump falsely claimed.

It was not pouring, it was a sunny day in June and there was no ice on the ramp. In fact, earlier that same day, MSNBC law enforcement analyst Clint Watts posted a video showing the "amazing weather for West Point graduation today."

"So I walked gingerly down — that was on every newscast in the world and I never went down," Trump said, despite there should have been no danger of him falling while walking down the ramp. "I never went down, either, I never went on my ass, I'll tell you, I wasn't going to fall."

"I think that was a boobytrap," Trump said.

"I'll never forget that ramp, that was like a sheet of ice. It was cold, rainy and that ramp was long and steep," he falsely claimed.

You can judge the length and steepness of the ramp in the video below: