Republicans are kidding themselves if they think Trump won't haunt them forever: conservative 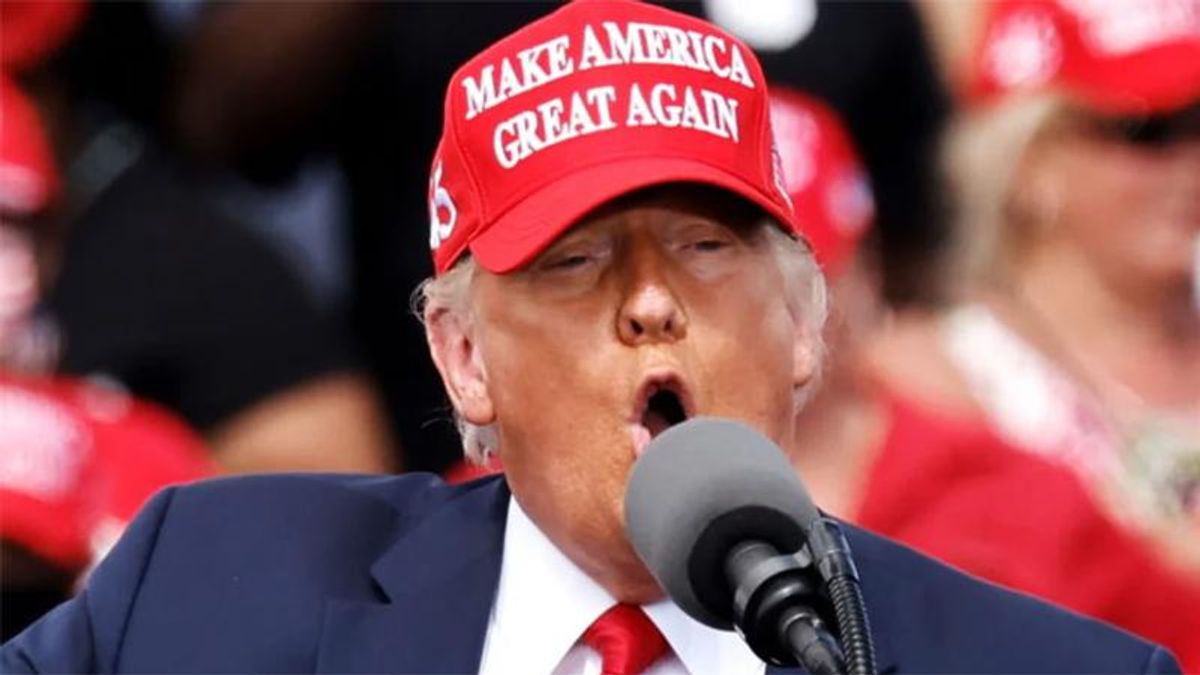 In his column for The Daily Beast, former Republican Matt Lewis made the case that Republicans who think Donald Trump will fade away as the country moves on following his second impeachment trial are whistling past the graveyard because he has no intention to give up the spotlight.

According to the Wall Street Journal, Senate Minority Leader Mitch McConnell (R-KY) is trying to move on but did admit that the ex-president might have some impact on selecting candidates, saying in an interview, "I'm not assuming that, to the extent the former president wants to continue to be involved, he won't be a constructive part of the process."

However, as Lewis wrote, Trump will continue to loom large over the GOP as they pick through the wreckage of losing the Senate and the White House in November.

"The greatest trick The Donald ever pulled was convincing the world that he would never do the thing they most feared. In 2015, that thing was to run for president. In 2016, it was to actually win while running for president—even after the Access Hollywood tape surfaced. Now, the latest thing Republicans are sure Trump would never, ever do is to run for president again after being impeached for a second time—and win," Lewis wrote, which flies in the face of a stunning Wall Street Journal op-ed on Monday that stated the president is damaged goods and will never win another election.

As Lewis sees it, the ex-president has not been neutered by his election loss and subsequent impeachment trial that convinced the American public he had a hand in the Jan 6th insurrection at the Capitol.

The columnist said a belief that Trump will not run for office again may have had an impact on the 43 Republicans who refused to convict Trump of inciting an insurrection -- and that they will rue that decision one day.

"Trump could win another Republican nomination for the same reason that 43 of 50 Republican Senators were afraid to convict him: Republican voters love what he's selling! Likewise, Trump knows that once you win the nomination, it's a binary choice, and all bets are off. There is precedent for this sort of comeback. Maybe he could be the next Grover Cleveland," he suggested. "What will stop Trump from using the next two-and-a-half years to gain the buzz, adulation, and money by being a possible candidate? Do you think his loyalty and reverence for the Republican Party will do it? His love for America? Forget doing the right thing, this is exactly why self-preservation alone should have led ambitious Republicans to vanquish him when they had the chance."

Noting that, "Since they can't stand up to him, they rationalize that Trump will either be checked out of concern for his reputation or reigned in by sane voices or advisers," Lewis explained they are fooling themselves.

"Trump is a political arsonist. Having knocked him down and hobbled him, you can't let him reanimate and get back up like a horror flick monster," the columnist insisted before offering up some advice.

"With acquittal, Republicans missed their best chance to keep Trump from tormenting them indefinitely," he wrote. "Going forward, they should support a 9/11-style commission to discover even more details on what happened on 1/6—including what Trump was doing during the insurrection. With more evidence presumably impacting public opinion, Republicans should then muster the courage to support censuring Trump and invoke Section 3 of the 14th Amendment (ratified in 1868, and aimed at former Confederates) to bar Trump from ever again holding public office."