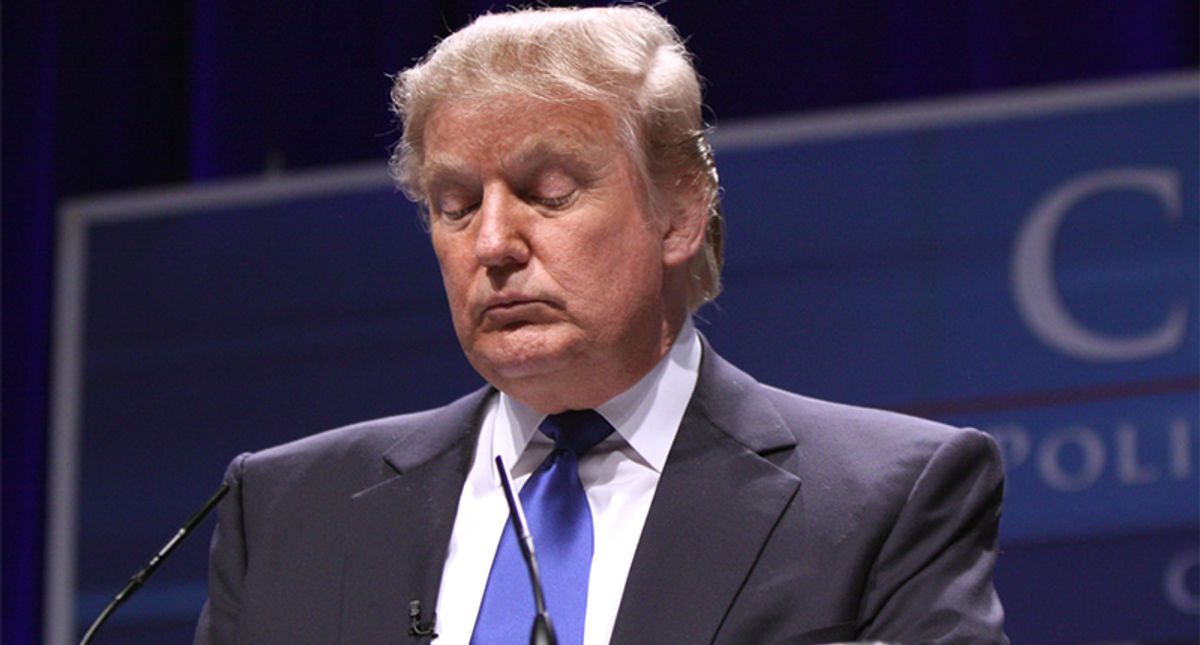 One of the most important newspapers for conservatives called on Donald Trump to resign following his unsuccessful insurrection at the U.S. Capitol.

"In concise summary, on Wednesday the leader of the executive branch incited a crowd to march on the legislative branch. The express goal was to demand that Congress and Vice President Mike Pence reject electors from enough states to deny Mr. Biden an Electoral College victory. When some in the crowd turned violent and occupied the Capitol, the President caviled and declined for far too long to call them off. When he did speak, he hedged his plea with election complaint," the newspaper noted.

"This was an assault on the constitutional process of transferring power after an election. It was also an assault on the legislature from an executive sworn to uphold the laws of the United States. This goes beyond merely refusing to concede defeat. In our view it crosses a constitutional line that Mr. Trump hasn't previously crossed. It is impeachable," The Journal explained.

"If Mr. Trump wants to avoid a second impeachment, his best path would be to take personal responsibility and resign," the newspaper suggested. "This would be the cleanest solution since it would immediately turn presidential duties over to Mr. Pence. And it would give Mr. Trump agency, a la Richard Nixon, over his own fate."

"We know an act of grace by Mr. Trump isn't likely. In any case this week has probably finished him as a serious political figure. He has cost Republicans the House, the White House, and now the Senate. Worse, he has betrayed his loyal supporters by lying to them about the election and the ability of Congress and Mr. Pence to overturn it. He has refused to accept the basic bargain of democracy, which is to accept the result, win or lose," The Wall Street Journal noted. "It is best for everyone, himself included, if he goes away quietly."

Phil Rucker, the White House bureau chief for The Washington Post, noted the importance of the editorial.

The Wall Street Journal editorial board, the most influential in the conservative movement, has called on President… https://t.co/NOufLhFy3M
— Philip Rucker (@Philip Rucker)1610064477.0