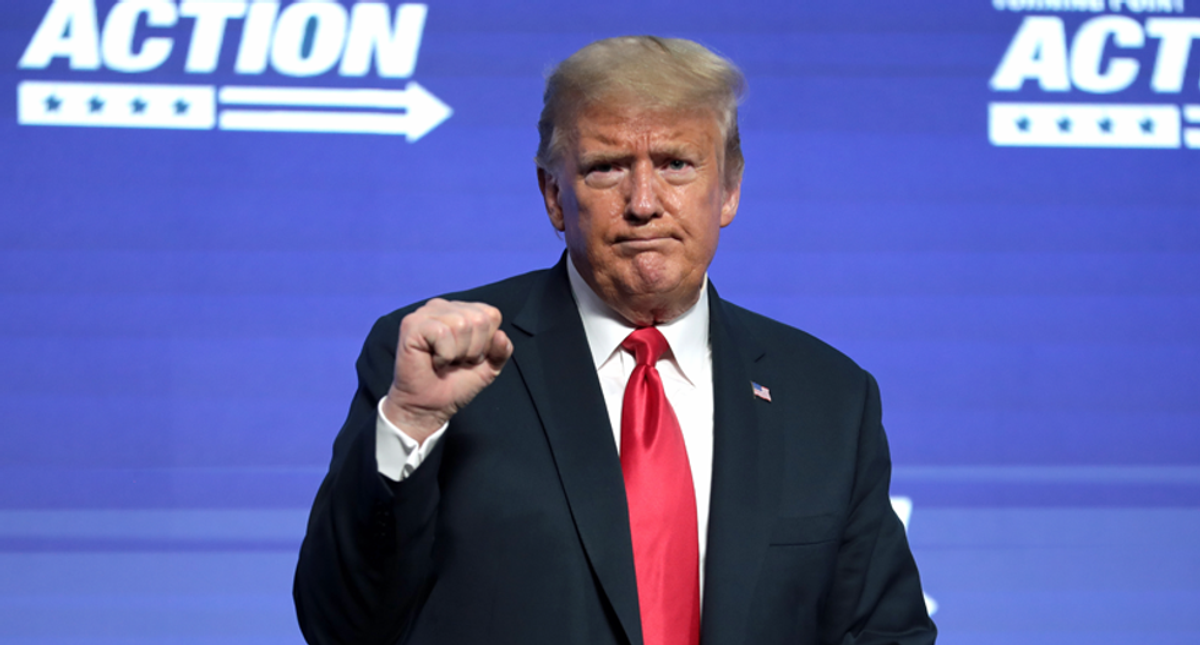 "The smell of BBQ food filled Krause Park in Muskegon Saturday afternoon, but none of the food was for 'RINOs,' according to signs posted at the local Republican party event," Fox 17 reports.

"Those literal signs are among other things showing the former president's continuing influence on local Republicans, who at the Muskegon County GOP BBQ bash Saturday echoed concerns that the 2020 election was in some way 'stolen' from Trump, despite a Republican state senate report that found no evidence of widespread voter fraud in Michigan," correspondent Aaron Parseghian explained. "The Muskegon County Republican Party says they hope to turn the longtime blue county, red in 2022; something President Trump fell just short of doing last November."

There might be a problem with that approach, CNN correspondent Kyung Lah noted while covering Trump's speech.

"Trump says some AZ GOPers are 'worse than Democrats' and will be defeated in the primaries. That's 100% possible. But here's what he isn't saying: will AZ independents, who make up 1/3 of voters in the GENERAL election, support those Trump-backed candidates in this purpling state?" she wondered.

NEW- The smell of BBQ food filled Krause Park in Muskegon Saturday afternoon, but none of the food was for “RINOs,”… https://t.co/dyKJjvdTO1
— Aaron Parseghian (@Aaron Parseghian) 1627173614.0