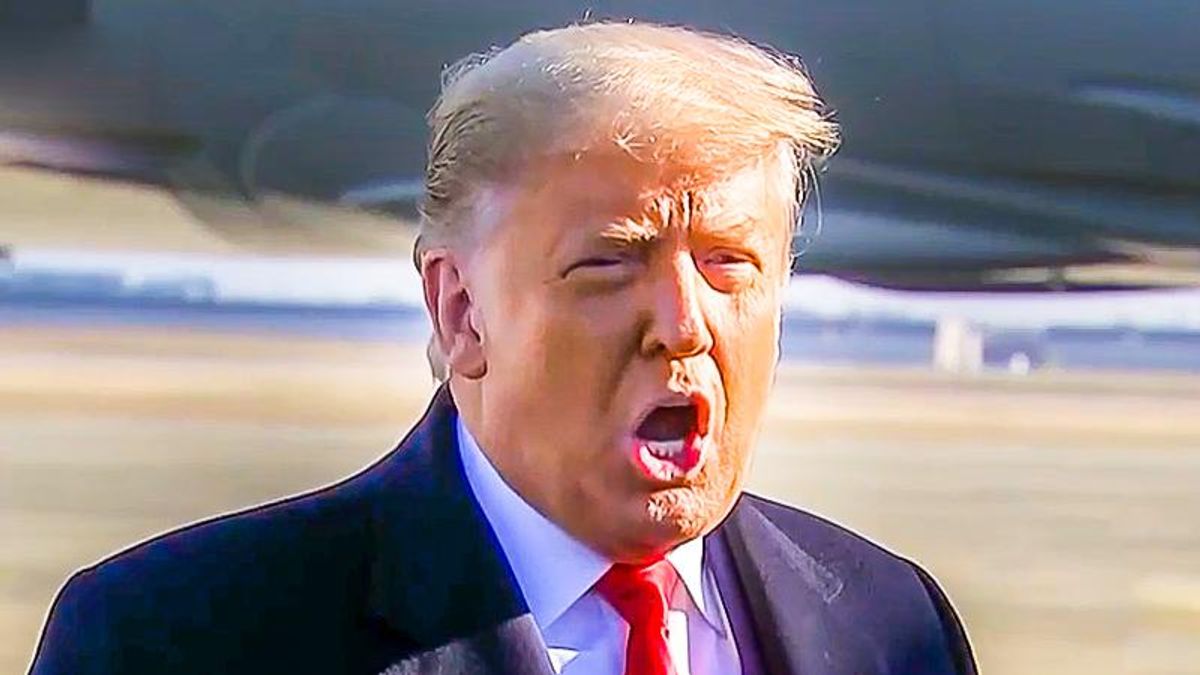 MSNBC's Hallie Jackson interrupted President Donald Trump's remarks to reporters on Tuesday after the president started to "veer away from the truth."

"I think Big Tech has made a terrible mistake and very, very bad for our country," Trump said, referring to Twitter's decision to shut down his account. "And that's leading others to do the same thing. And it causes a lot of problems and a lot of danger. Big mistake, they shouldn't be doing it. But there's always a counter-move when they do that."

"And you have to always avoid violence," he added. "And we have tremendous support -- we have support probably like nobody's ever seen before. Always have to avoid violence."

Trump then stopped and allowed a reporter to ask him about his "personal responsibility" in the Capitol Hill riot.

"If you read my speech, and many people have done it and I've seen it both in the papers and in the media, on television, it's been analyzed and people thought that what I said was totally appropriate," the president opined.

At that point, Jackson announced that MSNBC was ending the broadcast of Trump's remarks.

"The president has started to, as he occasionally does, as he often does, veer away from the truth," she explained.