How Donald Trump aims to downplay Russian-linked cyberattack on America 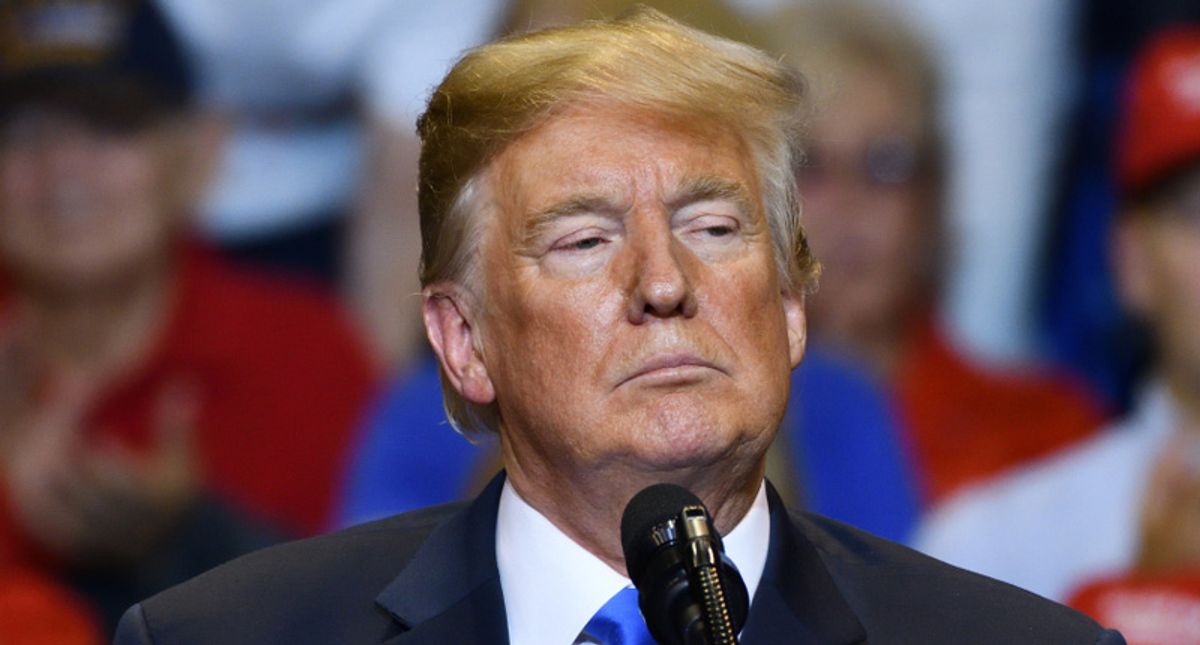 President Donald Trump responded to Russia's cyberattack on various departments within the United States government and private companies around the country by downplaying the entire incident.

On Saturday, Dec. 19, Trump shared a series of tweets slamming the reports circulating about the attack. Instead of holding Russia accountable for the attack, Trump fired off at the media as he insisted the reports have fabricated.

"The Cyber Hack is far greater in the Fake News Media than in actuality. I have been fully briefed and everything is well under control," Trump said in a tweet.

He added, "Russia, Russia, Russia is the priority chant when anything happens because Lamestream is, for mostly financial reasons, petrified of discussing the possibility that it may be China (it may!). There could also have been a hit on our ridiculous voting machines during the election, which is now obvious that I won big, making it an even more corrupted embarrassment for the USA."

Trump's remarks came less than one full day after U.S. Secretary of State Mike Pompeo even admitted that Russia was behind the attacks. During an appearance on "The Mark Levin Show," Pompeo admitted that there is a clear indication that Russia is to blame.

"This was a very significant effort, and I think it's the case that now we can say pretty clearly that it was the Russians that engaged in this activity," Pompeo said. "I can't say much more as we're still unpacking precisely what it is, and I'm sure some of it will remain classified."


According to CNN, nearly half a dozen federal agencies, including the Department of Homeland Security's cyber arm and the Departments of Agriculture, Commerce, Energy, and State, were included in the cyberattack. However, investigators have yet to determine whether or not any sensitive data was accessed during the hack.

Pompeo said, "Suffice it to say, there was a significant effort to use a piece of third-party software to essentially embed code inside of US government systems and it now appears systems of private companies and companies and governments across the world as well."