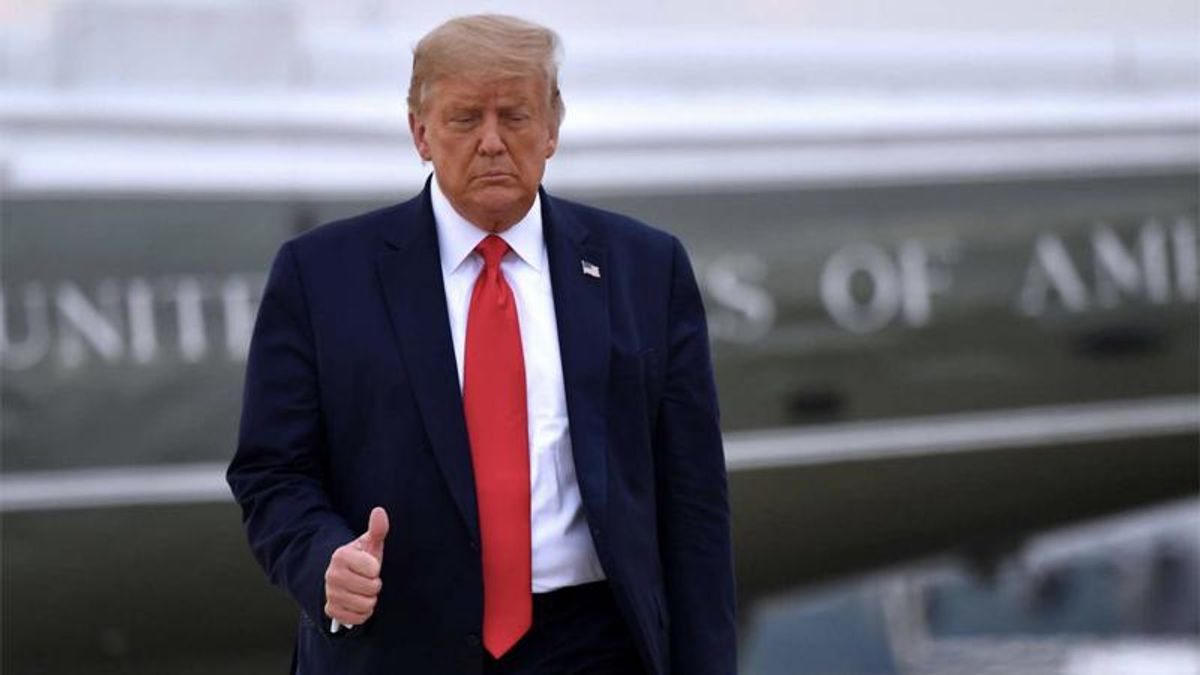 "There is a menu of recent federal Trump crimes to choose from — his pressuring the Georgia Secretary of State to 'find' enough votes to overturn the state's election result would seem to violate federal law making it a crime to attempt to deprive citizens of their right to a fair and impartially conducted election," they write. "Trump's call to an angry mob to march on the Capitol has every appearance of violating federal law defining a "seditious conspiracy" as one that uses 'force to seize, take, or possess any property of the United States' or to 'hinder, or delay the execution of any law of the United States.'"

While there are arguments in favor of self-pardoning, one must consider the absurdity of the concept -- "a president could pardon himself for bribery or treason or fomenting insurrection, the very crimes for which he was impeached the week before. And then re-commit the same acts and pardon himself again," write USA Today's contributors.

"Even ardent textualists, intent on reading the Constitution strictly according to its words, should recognize what the DOJ concluded in 1974 and others have recently agreed: The framers of a Constitution designed to enshrine the rule of law cannot have contemplated allowing anyone to be judge in his or her own case.'"

Read the full op-ed over at USA Today.