QAnon-obsessed Trump fan shot up Portland courthouse after being arrested at a ‘Stop the Steal’ rally: police 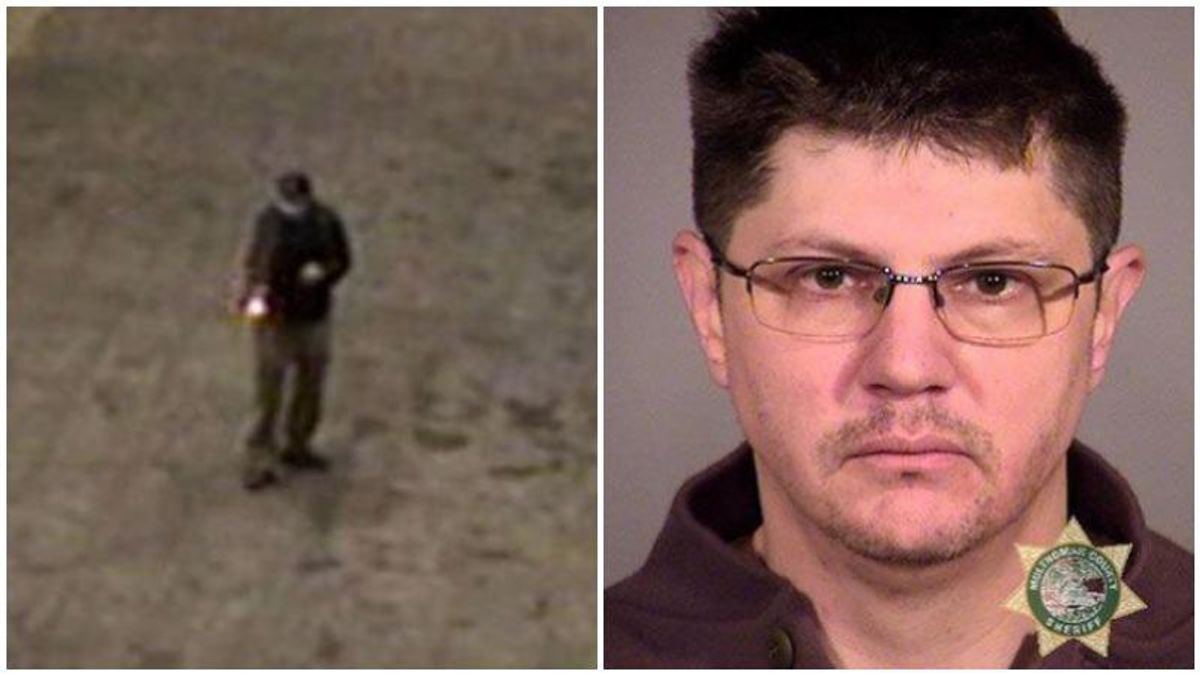 A man disgruntled over the results of the 2020 election allegedly used a gun to fire five shots into the side of the federal courthouse in Portland, Oregon, according to a report from Oregon Public Broadcasting.

Police say that Cody Levi Melby, 39, climbed over a temporary security fence to open fire on the building. There were no injuries. He has been charged with destruction of property and will appear in court this Monday.

Melby was also arrested in Salem by Oregon State Police on Wednesday during a pro-Trump "Stop the Steal" rally outside the Oregon State House, where he tried to open several doors to get into the building. He was arrested for trespassing as well as carrying a firearm.

"QAnon, yes it is real," Melby says in one video, according to OPB. "I have been working with them. So yes, it is real."

"Deep state, the communists, the Marxists, whoever the fuck you are, we're going to begin hunting you tonight," Melby says in the video. "Hunting you, because we hunt at night. We'll be dressed like you, because we're doctors, nurses, we're business owners, we're dads, we're moms. You are not safe from us."