Trump supporters traveled to DC for insurrection — and may return with COVID after super-spreader event: NYT 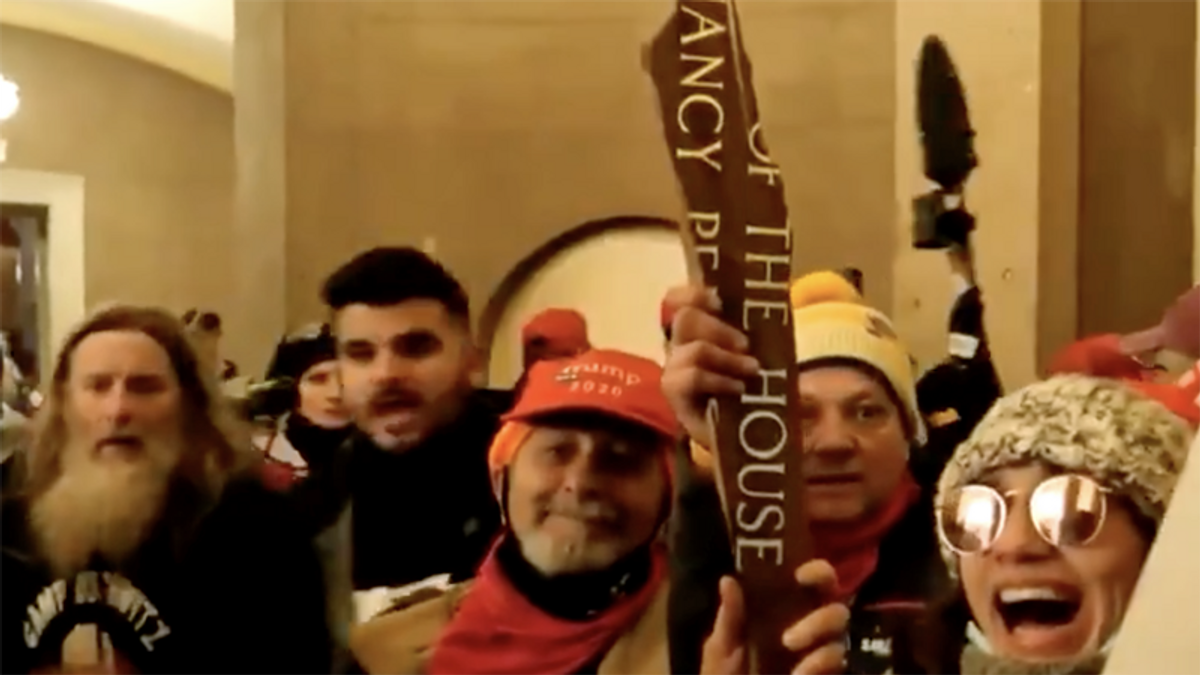 Trump supporters from around the country traveled to Washington, DC for Wednesday's deadly insurrection at the U.S. Capitol.

After few refused to wear masks, those who make it home without getting arrested may be bringing coronavirus with them.

"The mob that stormed the Capitol yesterday did not just threaten the heart of American democracy. To scientists who watched dismayed as the scenes unfolded on television, the throngs of unmasked intruders who wandered through hallways and into private offices may also have transformed the riot into a super-spreader event," Apoorva Mandavilli of The New York Times reported Thursday.

"The coronavirus thrives indoors, particularly in crowded spaces, lingering in the air in tiny particles called aerosols. If even a few extremists were infected — likely, given the current rates of spread and the crowd size — then the virus would have had the ideal opportunity to find new victims, experts said."

Scenes from inside the capitol show insurrectionists closely gathered in cramped spaces, with few wearing masks.

This ⁦@itvnews⁩ report shows some shocking scenes from inside the Capitol - haven’t seen this footage on any Americ… https://t.co/R6j9AYQ2Tb
— Cyrus Sanati (@Cyrus Sanati)1609978593.0

"President Trump has downplayed the pandemic almost since its beginning, and many of his supporters who entered the Capitol yesterday did not appear to be wearing masks or making any effort at social distancing. Under similar conditions, gatherings held in such close quarters have led to fast-spreading clusters of infection," The Times reported. "At least a dozen of the 400 or so lawmakers and staff who were huddling in one committee room refused to wear masks even after being offered one, or wore them improperly below their chins, said Representative Susan Wild, Democrat of Pennsylvania."

The newspaper interviewed Anne Rimoin, an epidemiologist at the University of California, Los Angeles.

"It has all the elements of what we warn people about," Dr. Rimon said. "People yelling and screaming, chanting, exerting themselves — all of those things provide opportunity for the virus to spread, and this virus takes those opportunities."