Trump lost the county by 7% points in November, but as has been happening across the country, some of the former reality TV show star's fans refuse to accept the fact he decisively lost the 2020 election.

They have been emboldened by Rep. Matt Rosendale (R-MT), who voted with the insurrectionists to overturn the election results following the January 6th insurrection.

One Trump supporter flew the flag of the racist traitors of the Confederacy.C 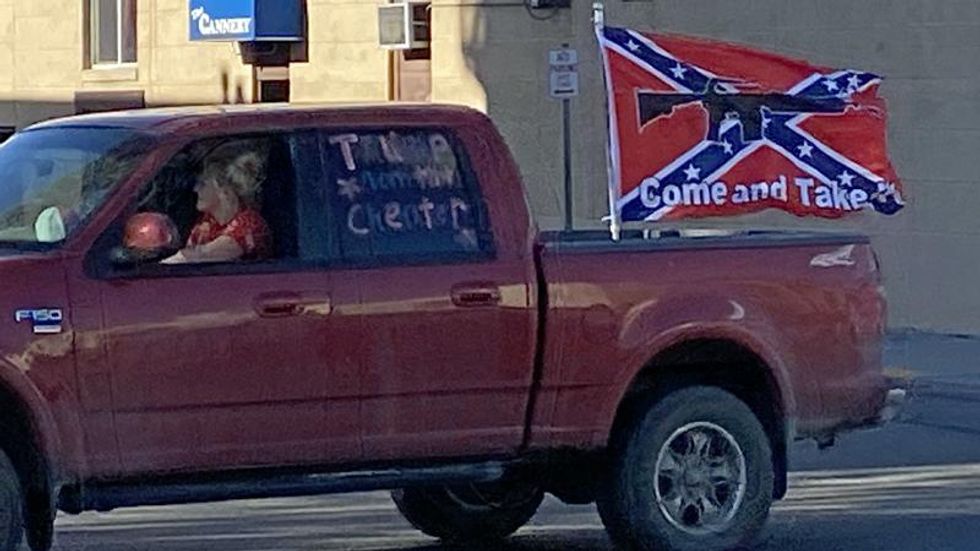 Another participant flew the flag of the Three Percenters militia group: 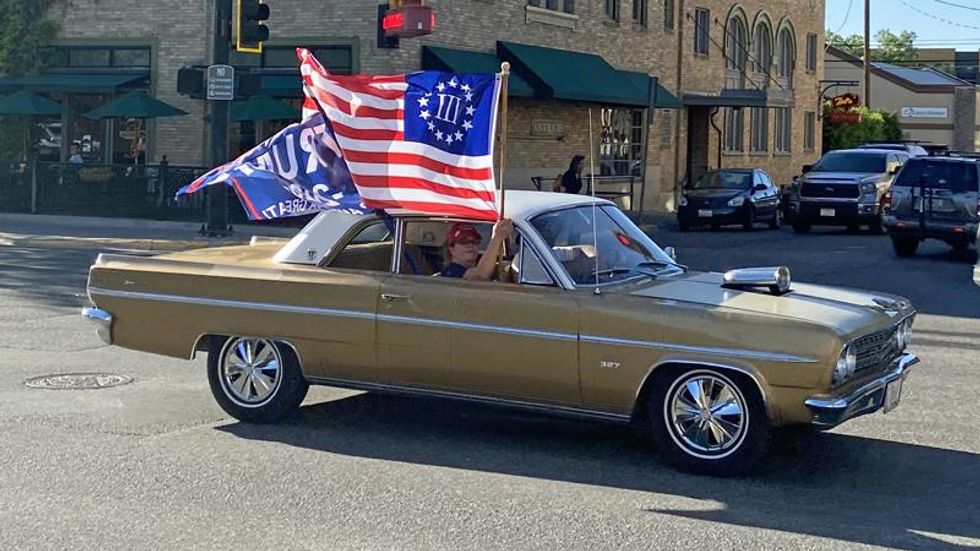 And another flew the flag of the QAnon conspiracy theory: 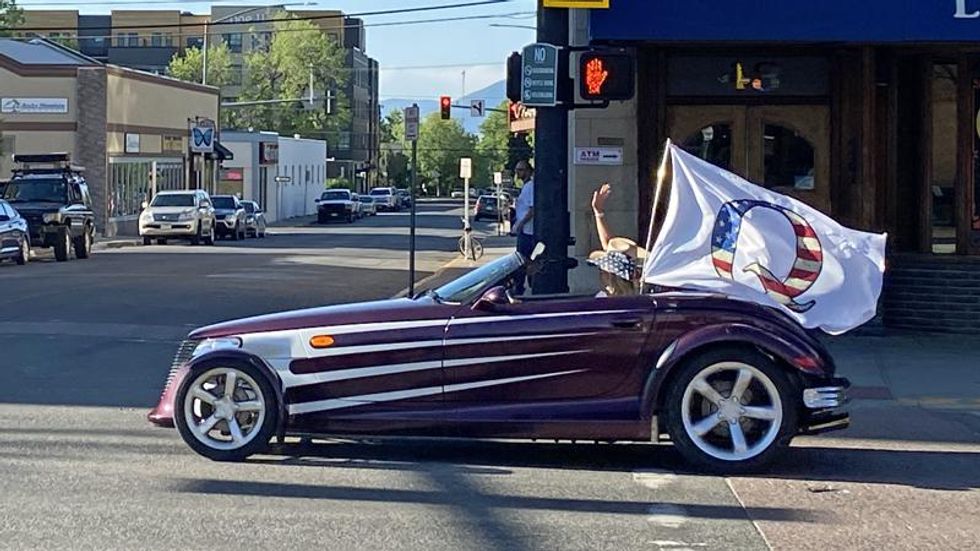 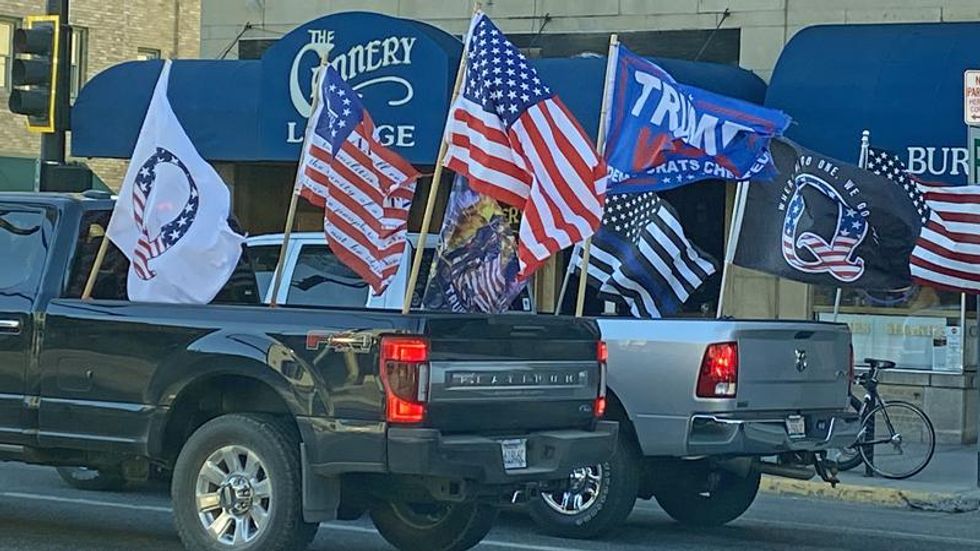 Many pushed the lie that "Trump won" the 2020 election: 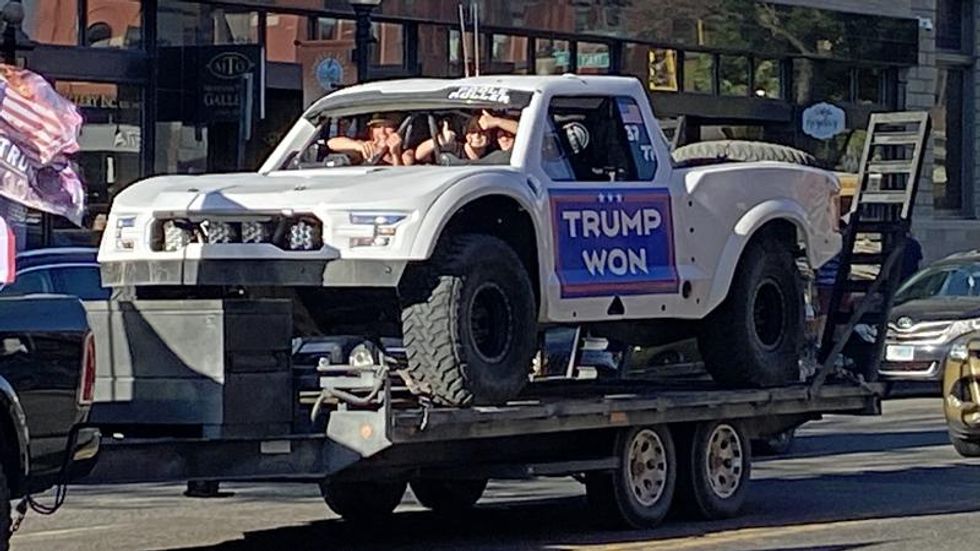