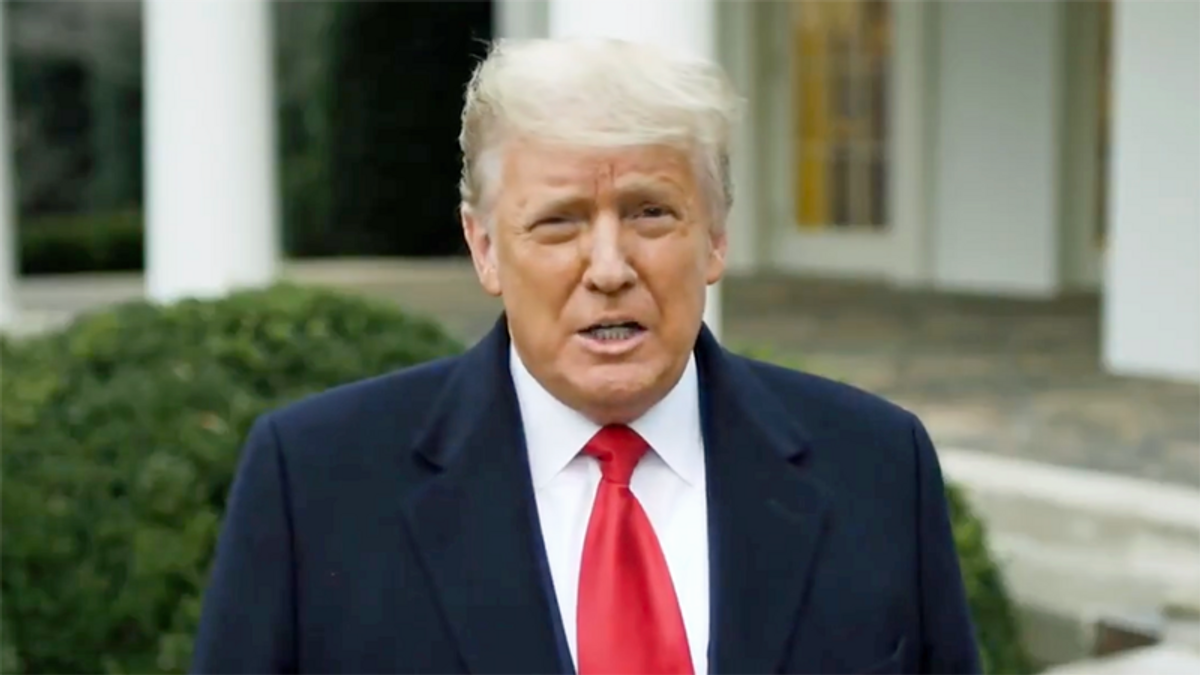 Donald Trump speaks on his supporters rioting at the U.S. Capitol. (Screengrab)

President Donald Trump on Wednesday continued to lie about the outcome of the 2020 election even after his conspiracy theories resulted in his supporters rioting inside the U.S. Capitol in an effort to overturn the will of the voters.

"I know your pain, I know you're hurt," Trump said in a video addressing his supporters.

"We had an election that was stolen from us," Trump lied. "It was a landslide election and everyone knows it, especially the other side."

After lying about the election being stolen, Trump then attempted to ask his supporters to stand down.

"But you have to go home now," Trump said, with far less energy than when he was spreading his delusions about the election.

Trump returned to his lies about being robbed.

"It's a very tough period of time. There's never been a time like this where such a thing happened, where they could take it away from all of us -- from me, from you, from our country. This was a fraudulent election," Trump said, repeating the lie that resulted in the violence.

"So go home, we love you," he said of the terrorists. "You're very special."

"I know how you feel," he said, empathizing with the rioters. "But go home and go home in peace."