Trump supporters flock to take photos with man they swear is JFK Jr.  — who died in 1999

Sarah K. Burris
Vincent Fusca, who looks nothing like JFK Jr. is being mistaken for JFK Jr. (Photos: Paler and Wikipedia Commons)

John F. Kennedy Jr. died in a plane crash with his wife Carolyn and sister-in-law Lauren Bessette in 1999, but some supporters of Donald Trump believe that he's still alive and supports the former president.

Such was the case during Trump's rally in Ohio over the weekend, where the man, Trump supporter Vincent Fusca, takes photos with people who think he's the son of the late president.

The Twitter account ParlerTakes has been posting photos that Trump fans took with Fusca thinking that he's JFK Jr.

Photos of the two men side-by-side show that they look very different. When the photos are merged together, lined up with the chins, it's easy to see that their eyes are in a different place, their noses are different, and their ears are in different places. JFK Jr. also didn't have dimples as Fusca appears to. 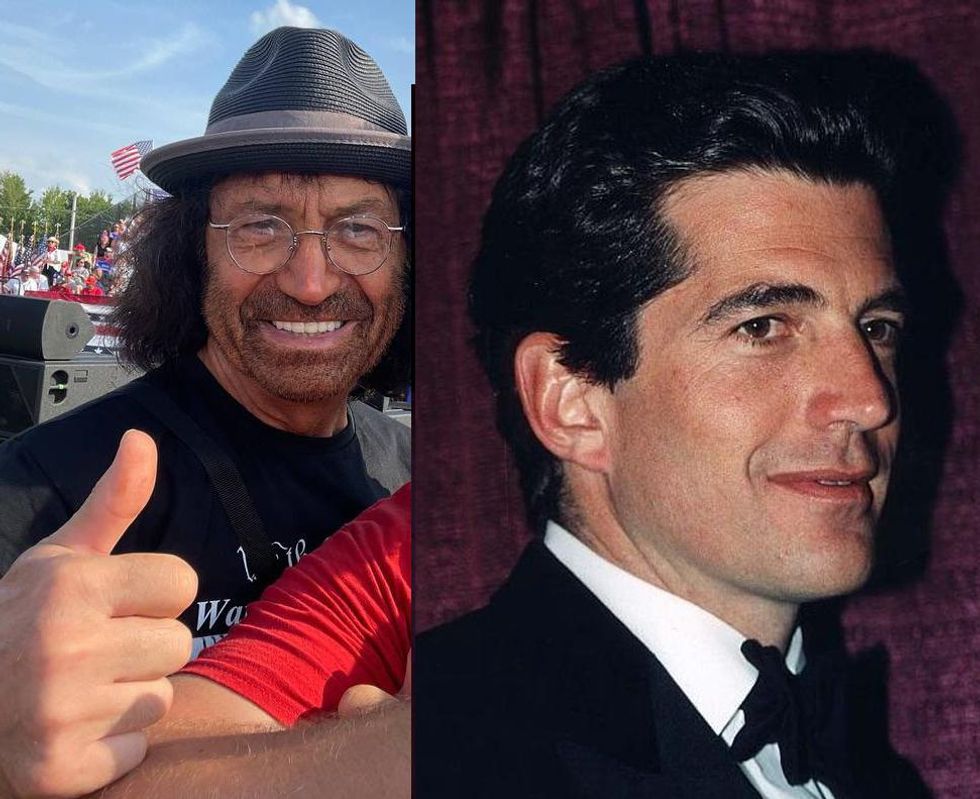 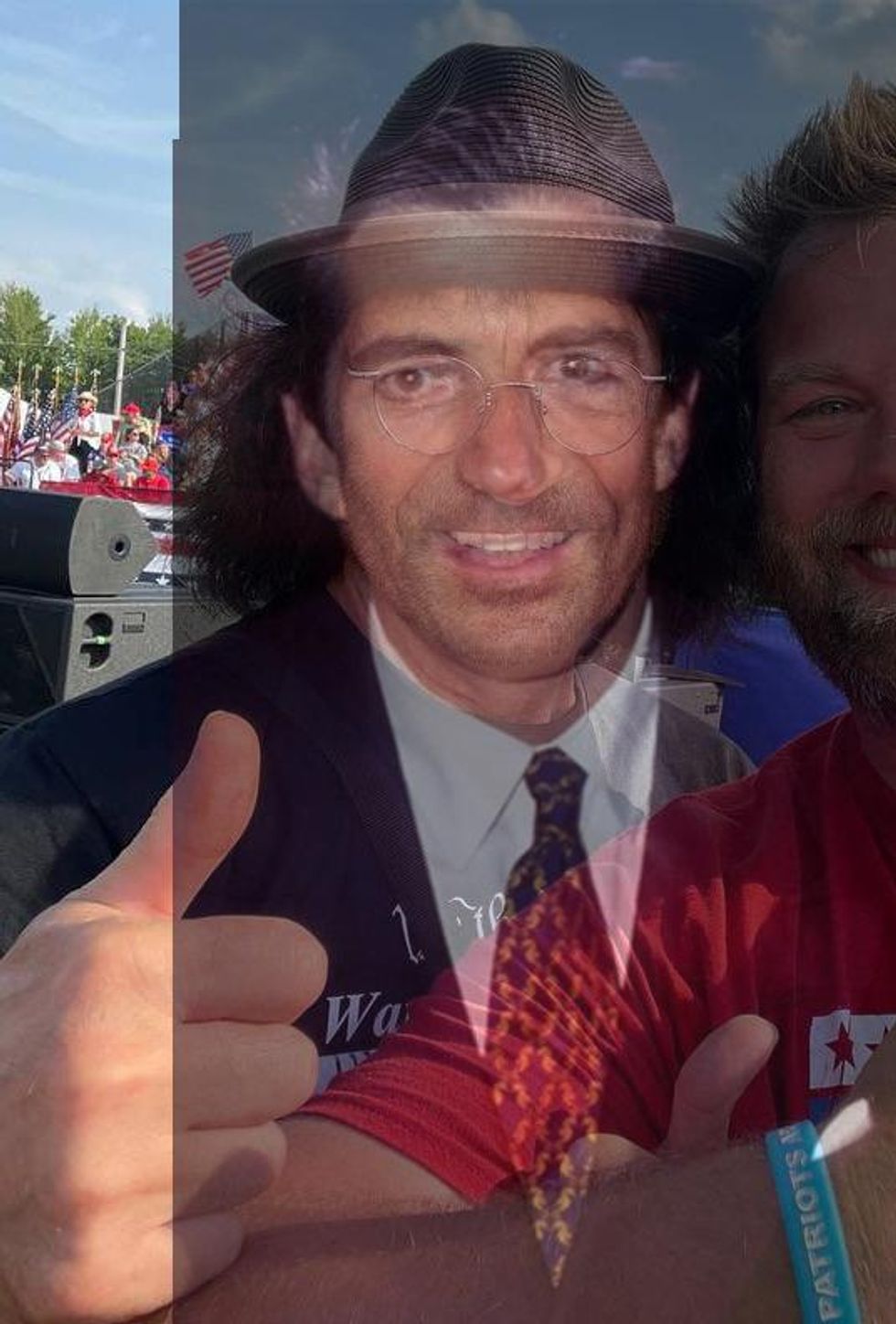