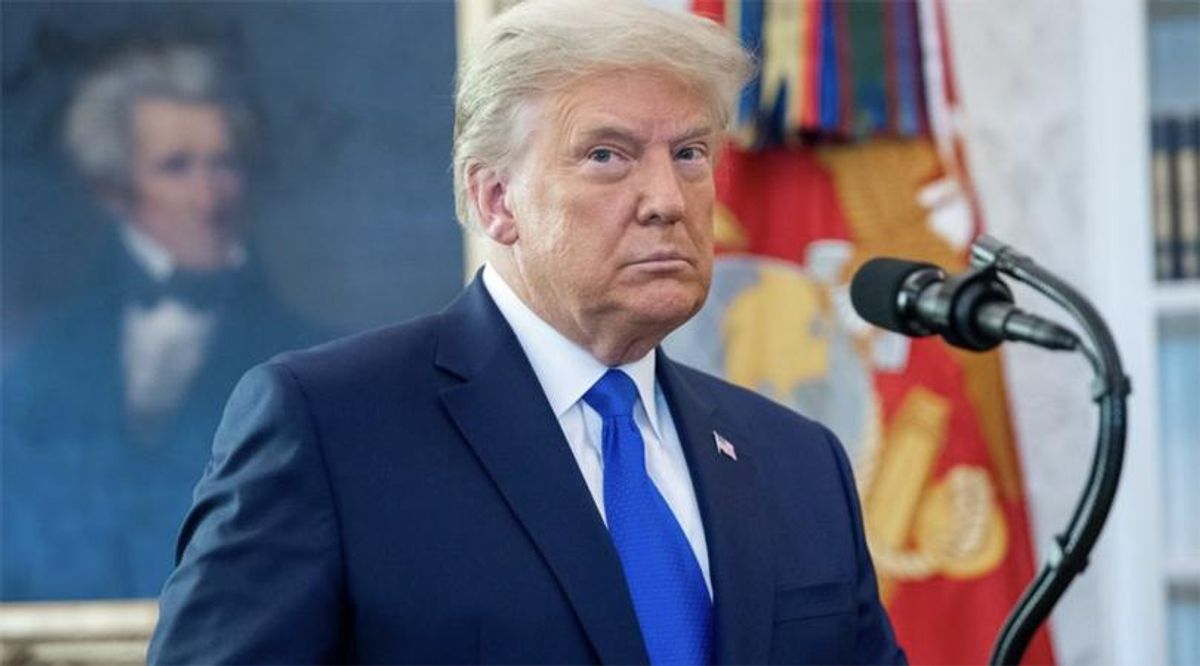 That is officially off the table, Haberman said after fearful Republicans talked the ex-president out of the idea.

The move wasn't an attempt to separate those who supported Trump and the insurrection from those who didn't. It was an effort to "keep Republicans in line" on defending Trump against impeachment, Haberman said.

"Trump has started to believe there are fewer votes to convict than there would have been if the vote had been held almost immediately after Jan. 6," Haberman said, citing those familiar with Trump's thinking.

"There's also the fact that threatening a third party while simultaneously threatening primaries makes no sense, which some folks gently pointed out to him," she said.

While demands of impeachment and removal may have lessened with Trump out of office, the evidence against him has grown.

Campaign finance reports revealed that the ex-president's campaign paid $2.7 million to fund the event that led to the attack, Bloomberg News reported.

At the same time, more and more of those arrested have cited Trump as their motivation for the attack.

"I answered the call of my president," one Trump supporter said according to court documents.

The same New York Times report cited a retired firefighter who has since been charged with assaulting a member of the Capitol Police. He claimed that he went to the Capitol following "the president's instructions."

Court documents also say a Virginia man told the FBI that he and his cousins attacked the Capitol because Trump said "something about taking Pennsylvania Avenue."

The so-called QAnon Shaman, a.k.a. Jacob Chansley, feels "duped" by Trump, he said. According to his attorney, Al Watkins, the ex-president does "bear responsibility."

While Republican leaders cling to a short passage in Trump's speech on Jan. 6 "to peacefully and patriotically make your voices heard," it appears far more Trump supporters didn't hear that as the rallying cry and were inspired by the rest of his speech.