You have Donald Trump to thank if you're feeling poorer today 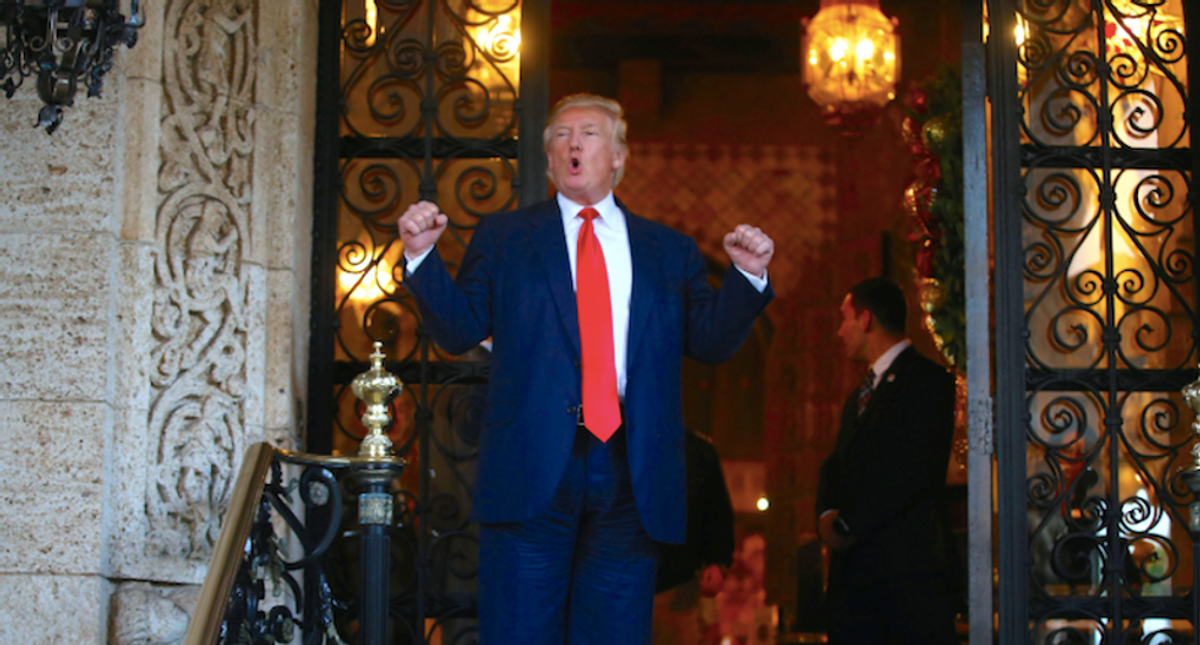 Remember Donald Trump bragging about what a fabulous job he did raising the incomes of what he called "America's Forgotten Men and Women"? Chalk that up as yet another Trump con job. Most of the 160 million tax-paying American households were worse off, even before the pandemic stuck.

The real shocker: the vast majority of American households made more money during Obama's last year than in Trump's third, my analysis of IRS data reveals, and we can expect that when figures for the plague year 2020 are released next year that the falloff will be much, much greater.

Under Trump, the share of total income going to the prosperous and wealthy grew by a whopping 17% between 2016 through 2019.

Trump true believers may insist this can't be so, but the truth comes from the Trump Administration's own data. Indeed, the IRS commissioner serving today, Charles Rettig, was appointed by Trump, so there's no reason to doubt this data, which I have analyzed for decades.

More for the Already Rich

Trump was also in charge when the national income pie was re-sliced with the six million most affluent households enjoying a much larger share. Under Trump, the share of total income going to the prosperous and wealthy grew by a whopping 17% between 2016 through 2019. That means that the vast majority of Americans received a thinner slice of the national income pie in 2019. More people divvying up less income pie means smaller slices for the vast majority.

Of course, more for the best-off and less for the vast majority is the opposite of what Trump consistently promised voters from the day he launched his campaign six years ago—and, no doubt, will promise again tomorrow.

As a candidate and president, Trump charged that "elites" rigged the economic system in their favor, a charge I made long before he did—and I know from his own people that he watched me on television discussing this as far back as the turn of the century. But Trump made the audacious claim that he alone could put a stop to that by "draining the swamp" in Washington. Again and again, Trump called out to the "poorly educated," saying he loved them and promising to be their champion. What the official facts show is that he hit the poorly educated upside the wallet with a two-by-four.

Few people make $250,000 a year or more, the top category in the new IRS data. And very few of them suffer from an inadequate education. It's education and highly developed mental skills that employers value with fat paychecks.

Trump pursued the crazy idea that being poorly educated was a social good in everything from refusing Congressionally ordered relief to student loan borrowers to denigrating higher education and denying science. He fostered racial and religious hatred to distract people from how his economy was of the rich, by the rich, and for the rich—and at the expense of the poorly educated

These are averages, which means some people did better and some worse. For averages to fall, many people must do worse or be additions to the lower rungs of the income ladder, where the poorly educated tend to concentrate.

As for people who own their own businesses, average incomes in 2019 were flat after adjusting for a 1.8% increase in the number of small businesses. Despite all the rhetoric about America being a land of entrepreneurs, small business profits account for less than 3% of total adjusted gross income, which is the last line on the front page of your form 1040 tax return.

These figures all come from the first Internal Revenue Service data table based on the 159.7 million individual income tax returns filed for 2019. A detailed report is due in the fall.

I've analyzed this data since 1995 to track income trends, including the divvying up of the national income pie. All the money amounts in this column use 2019 dollars.

That most Americans had smaller incomes in 2019 than 2016 comes despite the size of the American income pie growing over those three years by more than 12% to nearly $12.2 trillion.

Households making a quarter-million dollars or more increased from about 4.4 million to 5.9 million. That's a 34% increase compared to a 6% increase in the total number of tax returns, showing how growth is up the income ladder.

The quarter-million-dollar-and-up households expanded their share of income pie from 28.6% under Obama to 33.4% under Trump.

From the perspective of these high-income households, that's a 17% larger slice of the pie. That meant everyone earning had to divide a smaller share.

Average incomes in the quarter-million-and-up group slipped from $697,044 in 2016 to $687,588 per taxpayer household in 2019.That's because most of the 1.5 million new households in this high-income category entered it near the threshold, bringing down the average.

This new data is consistent with my earlier DCReport analyses. They showed that average incomes grew in 2017, continuing a trend that began under Obama in 2010 and continued in 2018. However, under Trump job growth ran about 3% slower than under Obama.

The 2019 average income declines conform with other data that you probably haven't known about unless you read DCReport, where I used the Trump administration's own data to measure its performance.

In October 2020, I reported on fresh evidence that the robust economy Donald Trump inherited from Barack Obama was faltering before the pandemic as personal spending declined in 2019 compared to 2018.

A month before that, I reported that new government data show that in the wake of the Trump tax cuts, which took effect in 2018, the poor and working classes were sinking, and the middle class was treading water, while the tax cuts buoyed the upper-middle class while the very rich luxuriated in rising rivers of greenbacks.

More than half of Americans had to make ends meet in 2018 on less money than in 2016, my analysis of the latest official data showed at that time.

DCReport even gave Trump a certificate of mediocrity in early 2020, using his administration's own data to analyze his economic performance.

Even earlier, in Spring 2019, I showed that Trump's economy underperformed a host of presidents including Ronald Reagan, Jimmy Carter and Barack Obama, once the economy he inherited turned around. I gave Trump a grade of C, later revised to C- after new data was released.

Now how to get Trumpers to recognize the awful truth that he made their plight worse, except for those in the elite income group of a quarter-million dollars or more per year?