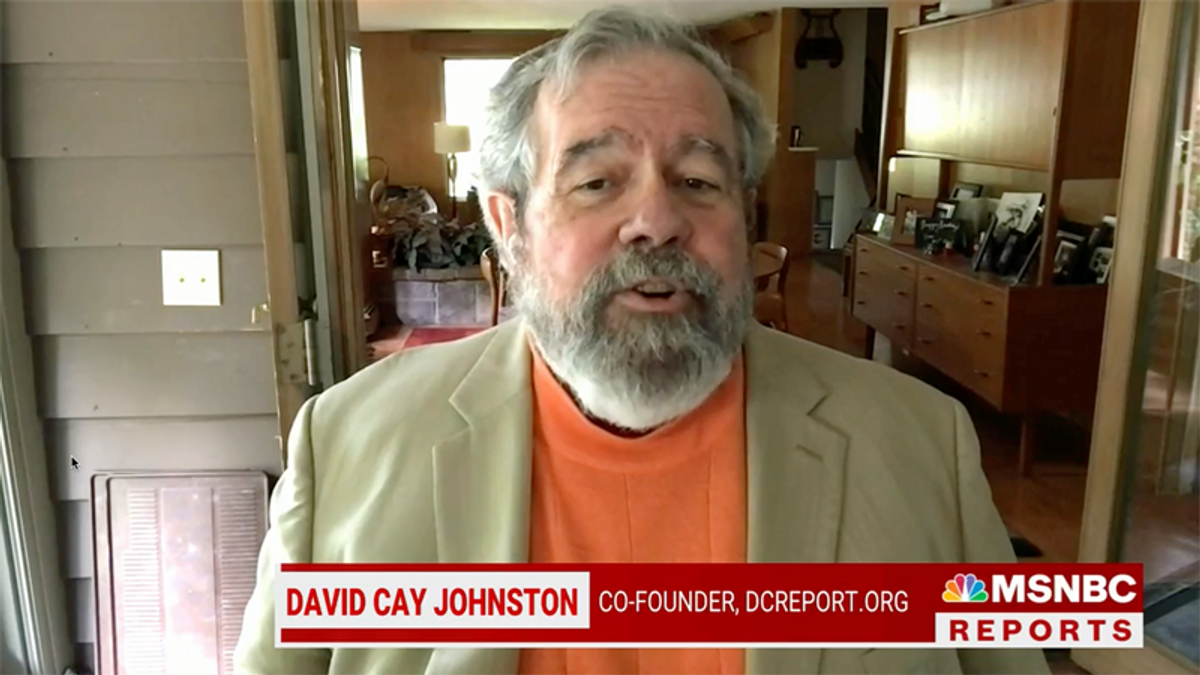 "So David, what should the committee be able to learn from these returns" Mohyeldin asked. "You know tax returns certainly better than I do, but as the tax returns ultimately get handed over to these committees, what are they going to reveal?"

"Well, the biggest single concern — and Nancy Pelosi talked about this today — is national security. Is there something in the returns that tells us that Donald Trump is beholden to some foreign power or interest that we did not see? I think that's the first, most important issue that needs to be resolved," Johnston said. "And we don't know the answer to that and the tax returns, by the way, may not provide it."

"Secondly, Donald Trump's tax returns, we have very good reason to think are probably fraudulent. Why? Well, Donald had two civil income tax fraud trials, he lost both of them — they were New York state and New York City trials. I broke the story of this, I think six years ago now. Those returns were so fraudulent that Donald's own witness — his long time tax lawyer and tax accountant — testified that they were forged. If Donald Trump would forge a tax return, then I think there is good reason to suspect there is other unlawful activity on his tax return."