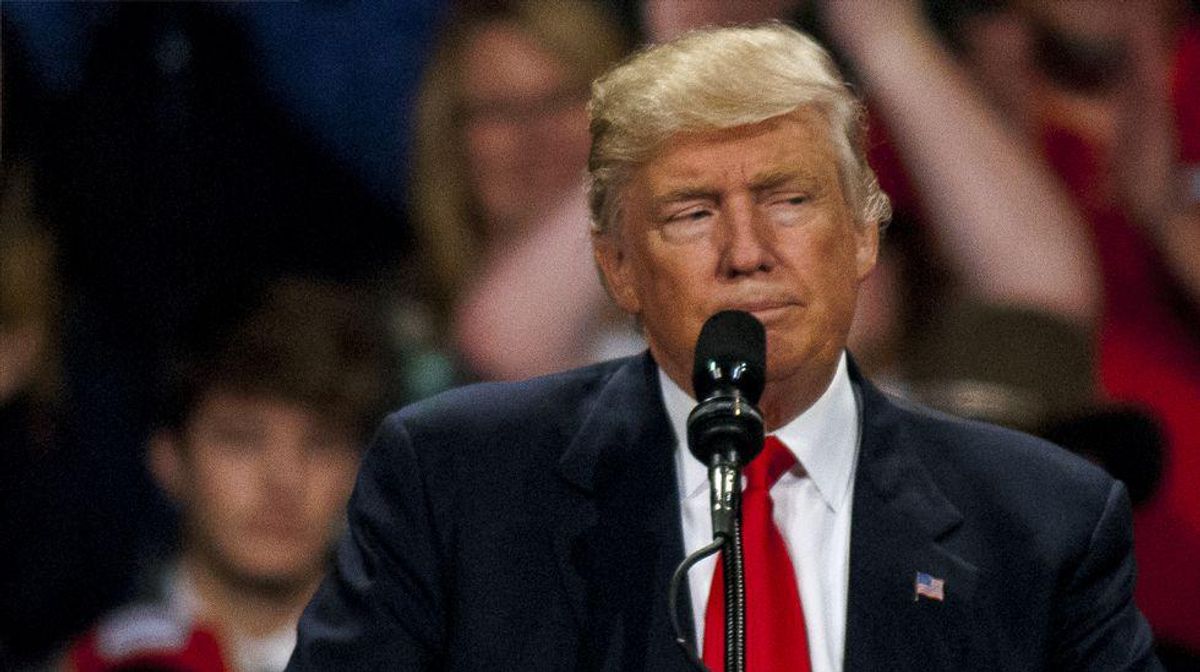 "Meanwhile, Trump has continued to peddle the Big Lie about the presidential election -- and to make bold predictions about what the political future has in store," wrote D'Antonio.

"I predict when the votes come in ... I think they're going to be so horrible. They will be, in my opinion, the results will be so outrageous," Trump promised his flock at a Phoenix rally last month.

The language, D'Antoio said, sounds a lot like a TV preacher trying to save people. The message from the campaign makes it clear with the "Save America" banners. His sermons are vague and incite the audience to a kind of holy war with Trump as the savior.

"His dire prophesies and his calls for donations brings to mind some evangelists who have used a deft combination of scare tactics and appeals for help to enrich their ministries -- and themselves," D'Antonio wrote. "This two-step is an American tradition that goes back generations to the 1930s radio preacher Father Charles Coughlin who railed against both former President Franklin Delano Roosevelt and unnamed communists to arouse a national audience that would donate to his ministry."

He said that it was reminiscent of Jimmy Swaggart, who played the role of the American hero in the 1980s, raising as much as $150 million annually, at least until he was caught with prostitutes.

D'Antonio recalled Rev. Jesse Duplantis, who begged his church members to help buy him a $54 million private jet so he could "change lives one soul at a time."

"The faithful have always been easy targets for those who would offer much in the way of prophecy and promises -- while expecting monetary contributions in return," explained D'Antonio. "But the difference between Trump and the evangelists, many of whom believe in God and are well-intentioned, is that the former president is likely not worried about the Almighty looking over his shoulder. He's not selling God's favor or miracles -- he's selling his own self-serving agenda."

He noted that no one should be surprised given Trump once said he doesn't seek God's forgiveness: "I don't bring God into that picture."

Read the full piece at CNN.com.