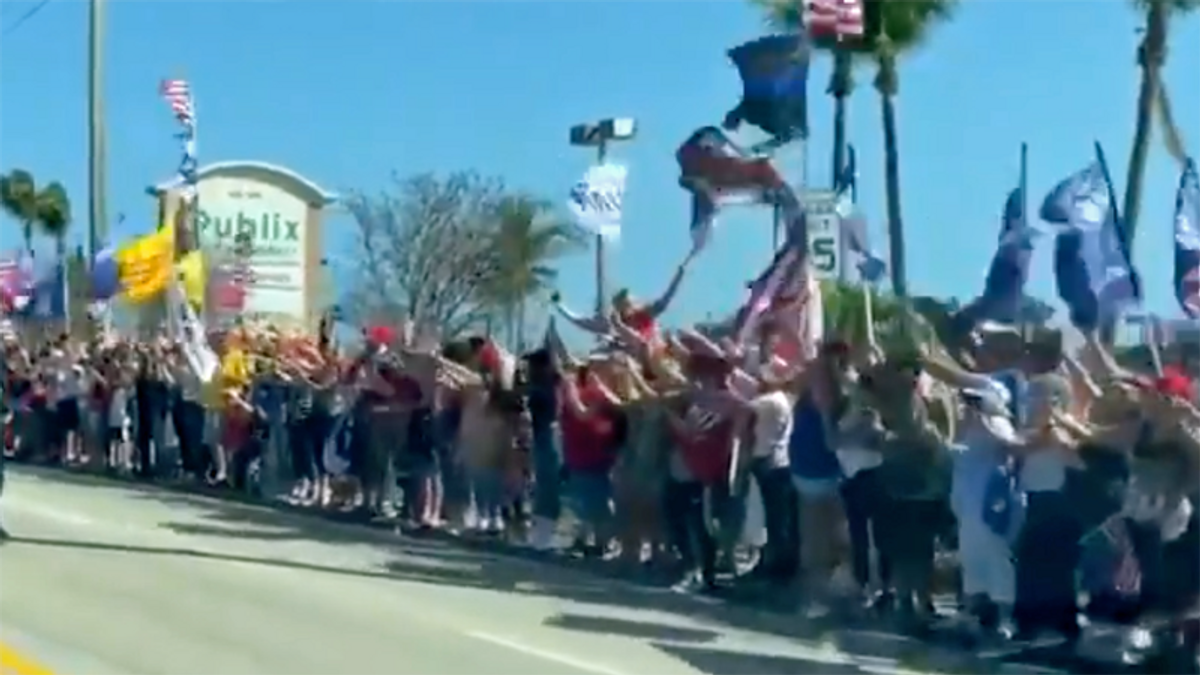 One prominent supporter of Donald Trump is pushing a new conspiracy theory that a Monday rally held near Mar-a-Lago proves that the former president won the 2020 election in a landslide.

"Behind the violent insurrection at the United States Capitol on Jan. 6 lies a group many Americans have never heard of: Women for America First. This group, founded by Trump loyalists and supported by the former president, not only obtained the permit for the rally where former President Donald Trump told the crowd to march on the Capitol, but also spent the weeks leading up to it on a 20-city bus tour, spreading incendiary propaganda, lies, and hate across an American tinderbox," BuzzFeed News reported in January.

"Women for America First is a key cog in Trump's political machine. It was cofounded by former tea party activist Amy Kremer and her daughter Kylie Jane Kremer, who together created Stop the Steal, a now-removed 365,000-member Facebook group organized around discrediting the results of the recent presidential election. Women for America First is a registered nonprofit," BuzzFeed reported.

But now Kremer says a rally in Florida proves that Trump won the 2020 election. 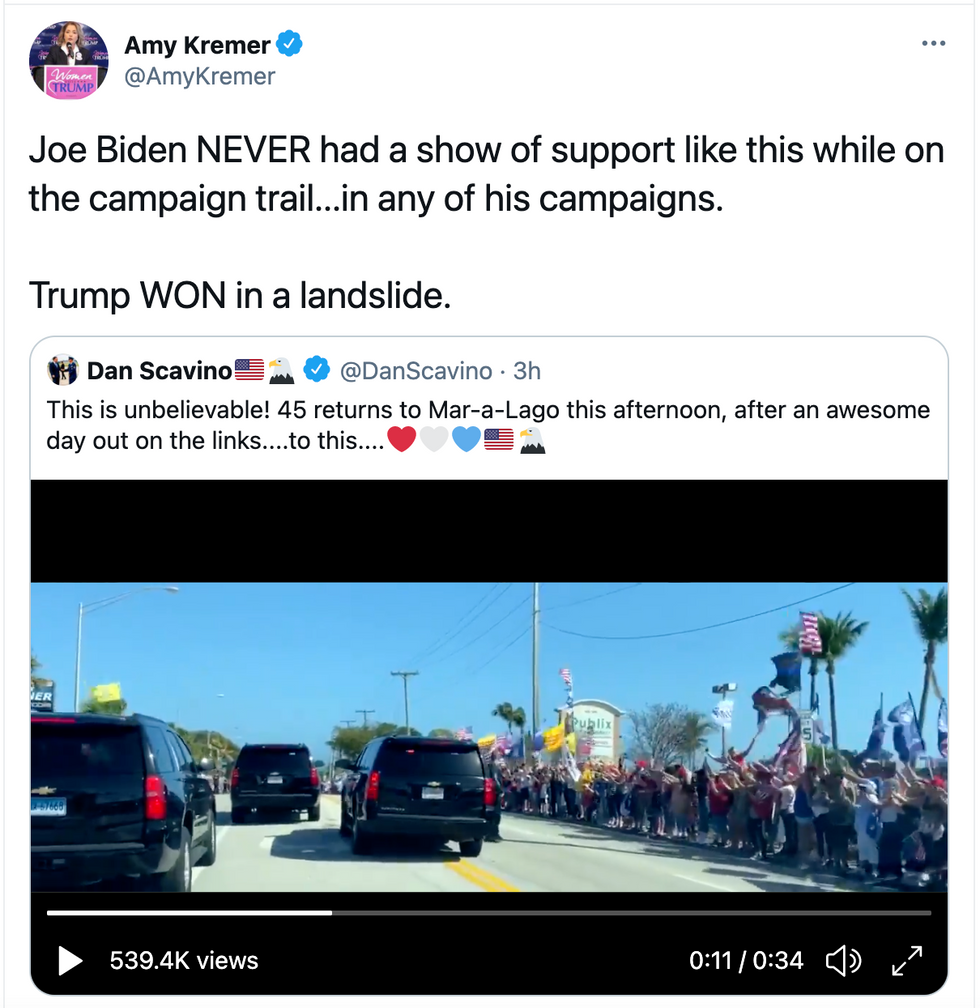 New York magazine correspondent Olivia Nuzzi noted that the rally had been promoted by right wing media and was not a spontaneous show of support.