The United States government is reportedly denying entrance to a Scottish comedian who protested Donald Trump with a profane sign.

"Janey Godley claims she has been 'barred from travelling to America' following her controversial banner aimed at Donald Trump. The Scots funnywoman was one of many people who gathered to protest the former US President's Turnberry golf course in 2018," the Daily Record reports.

"I'd love to go back now Joe Biden's in charge. I've been barred from travelling to America since I welcomed Trump to Turnberry with that "Trump is a c*nt placard," Godley wrote in The Times. 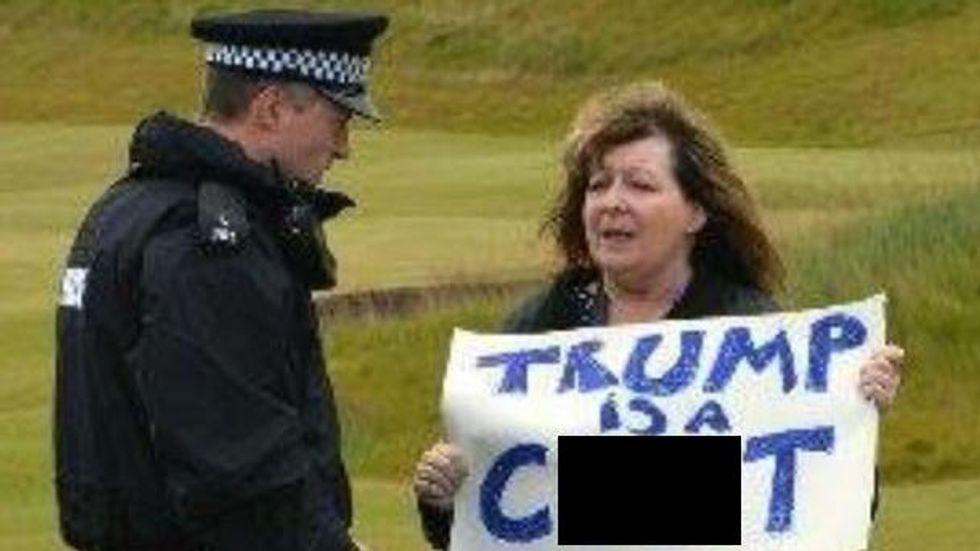