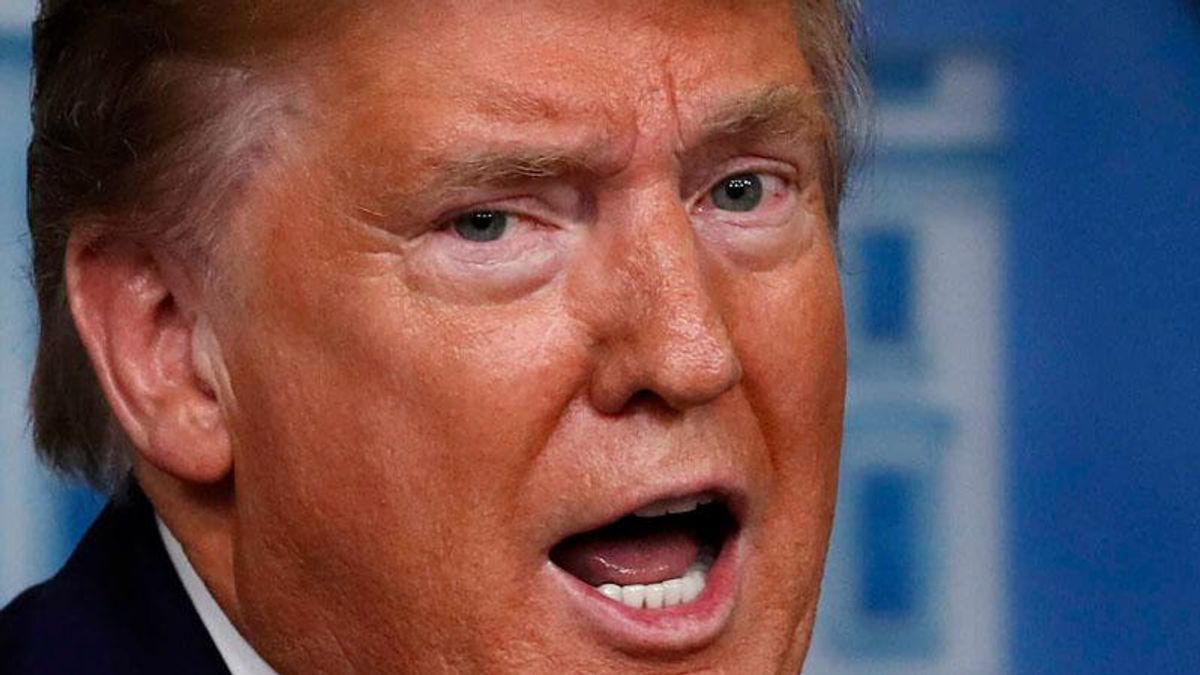 There's only 11 days left in the Trump presidency and the walls are rapidly caving in. Following Trump supporters' breach of the U.S. Capitol, nearly a dozen of the president's administration members resigned and now lawmakers are actively drawing up articles of impeachment—again.

To make matters worse, on Friday evening, the disgraced president has been silenced by the world's largest social media platforms. He's lost the presidency, and more importantly, his ability to reach his massive base. Insiders have revealed that President Donald Trump is sequestered inside of the White House, only opting to speak with a select number of people who have typically been supportive of his governing and actions.

Now, his former attorney Michael Cohen is weighing in with a vivid depiction of what may be the darkest days of the Trump presidency. Amid this week's chaos, Cohen appeared on "The New Abnormal" where he discussed all that has transpired over the last several days and the next unpredictable moves Trump could make in his final days. Not mincing words, Cohen made it clear that Trump is likely coming more unhinged by the day.

"I am certain that Donald Trump is psychotic right now," Cohen said, adding, "Donald Trump would rather burn down the White House, then turn over the keys."

Cohen went on to offer a relatively colorful explanation of the difference between his prior affiliation with Trump compared to the "seditious acts" that occurred at the U.S. Capitol. The former attorney argued that there is no comparison between the two.

Veteran Democratic strategist James Carville also entered the discussion with an appeal to the incoming Biden administration. He issued an ultimatum to the party regarding Trump's crimes. "If they're not going to look at [Trump's crimes], I'm going to resign from the Democratic party," Carville said. "If it's not an impeachable offense to encourage a mob, to interfere with a constitutionally mandated congressional procedure, then there's nothing impeachable."

At this point, it is still unclear how the Biden administration will proceed with holding Trump accountable for his actions. But Democratic lawmakers are fighting to move forward with a second impeachment, which would prohibit Trump from ever running for president again.