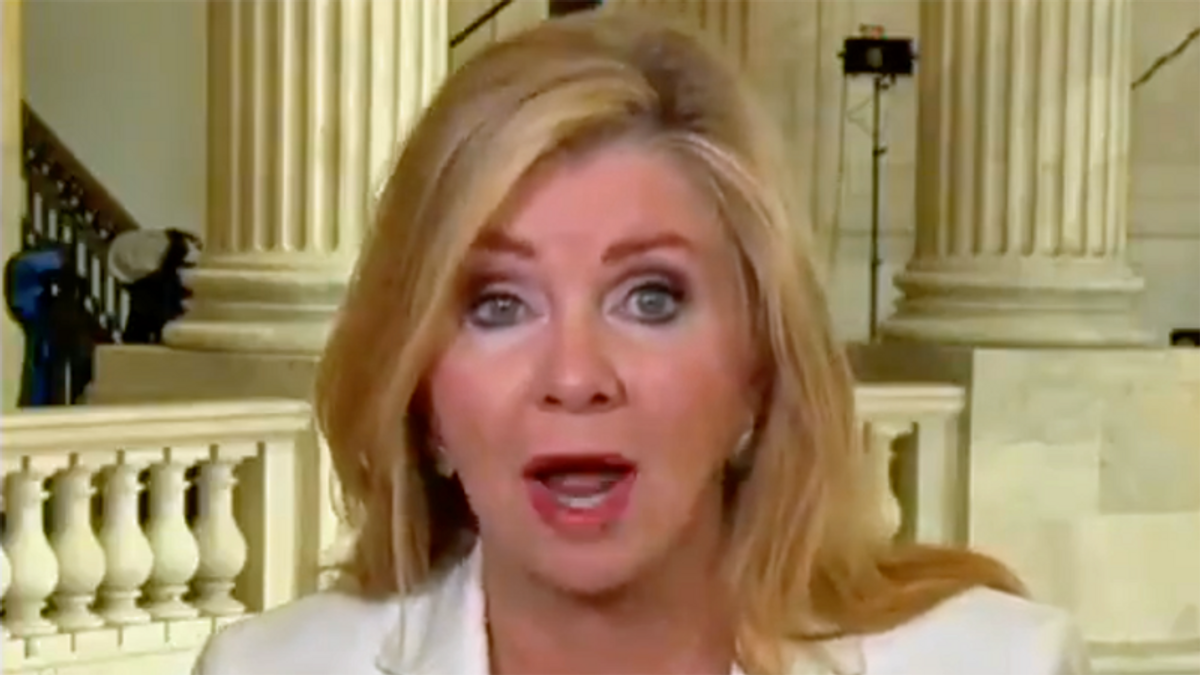 More than six years after former President Donald Trump started promising that Mexico would build his border wall, America's neighbor to the south has not offered a single peso of support for the project.

"I will build a great, great wall on our southern border and I will make Mexico pay for that wall. Mark my words," Trump promised in June of 2015.

Trump would keep repeating the claim throughout the 2016 campaign. But Mexico never paid.

On Monday, Sen. Marsha Blackburn (R-TN) complained on Fox Business that Senate Democrats refused her effort to take infrastructure funding from Amtrak to pay the tab Trump promised Mexico would pick up.

"The Democrats aren't interested in improving the bill. I had one amendment that would've called for taking a billion from Amtrak's slush fund and using it to build the wall on the southern border," Blackburn told former Donald Trump advisor and Fox Business host Larry Kudlow.

Sen. Marsha Blackburn (R-TN) complains that Democrats weren't “interested in improving" the infrastructure bill, particularly moving “a billion from Amtrak's slush fund and using it to build the wall on the southern border." pic.twitter.com/djv307CzTk
— The Recount (@therecount) August 9, 2021