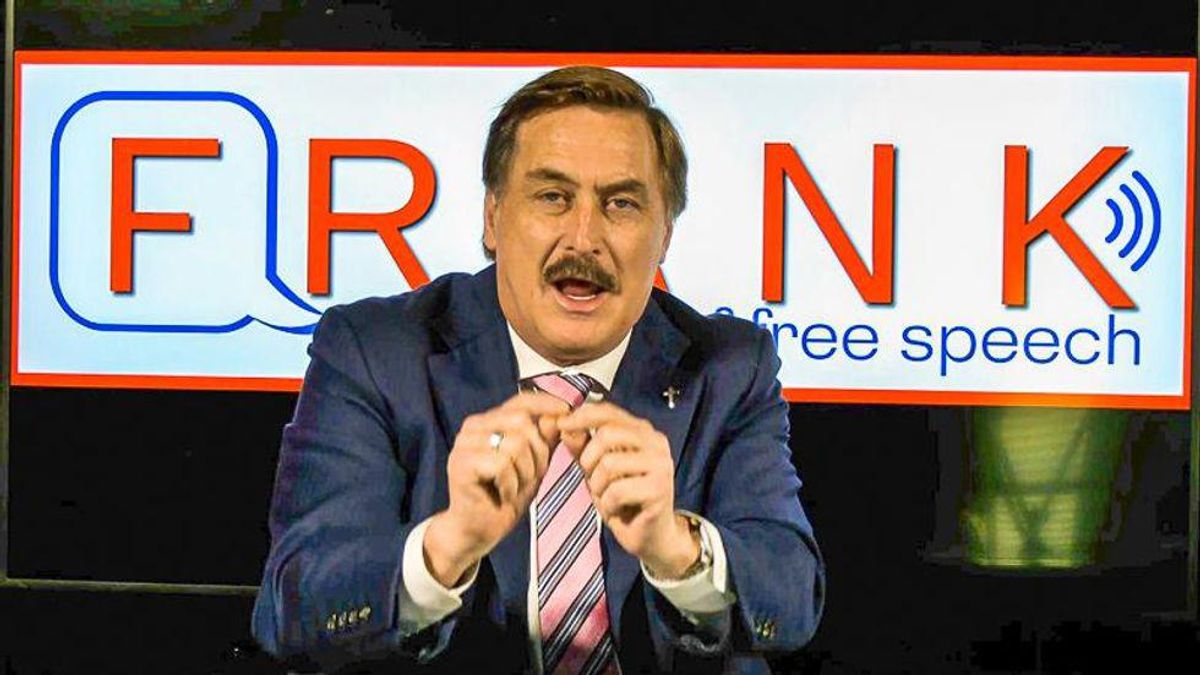 One of the many stories to come out of the 2020 presidential campaign was that President Donald Trump blew through $1.1 billion and didn't move the needle in his polling.

Carol Leonnig and Philip Rucker's new book, I Alone Can Fix It, details a bizarre bet between disgraced former campaign manager Brad Parscale and MyPillow CEO Mike Lindell over who was better at creating campaign ads.

According to the book, Trump was fascinated with the "deal" he thought Lindell was getting for ads on Fox News. Candidates theoretically are supposed to be given the lowest ad rate, and cable news advertising is notoriously cheaper than networks.

"Unwilling to cede control over the campaign's ads, with millions of dollars at stake for himself and other consultants, Parscale said, 'Let's compete,'" the authors explain. "Turning to Kushner, who controlled all major decisions on the campaign, Parscale said, 'Jared, give us a hundred thousand dollars—fifty thousand dollars to my company and fifty thousand dollars to MyPillow's company—and have the ads on Fox say, "If you're going to support Donald Trump, grab your phone now and dial 88022 now." Prospecting commercials. See which one gets more sign-ups for less cost.'"

The two went off, running their ads -- but Lindell failed by a lot. Kushner told Trump to drop the idea.

"One of the president's advisers remarked later, 'Trump is so bad at marketing, you don't understand. He's great at marketing ideas, great at branding—unbelievable brander. Obviously great at messaging because he's the best gaslighter in history. But horrible at how marketing works—how to buy TV ads, how digital works. He doesn't understand.'"

The new book I Alone Can Fix It is on sale now.