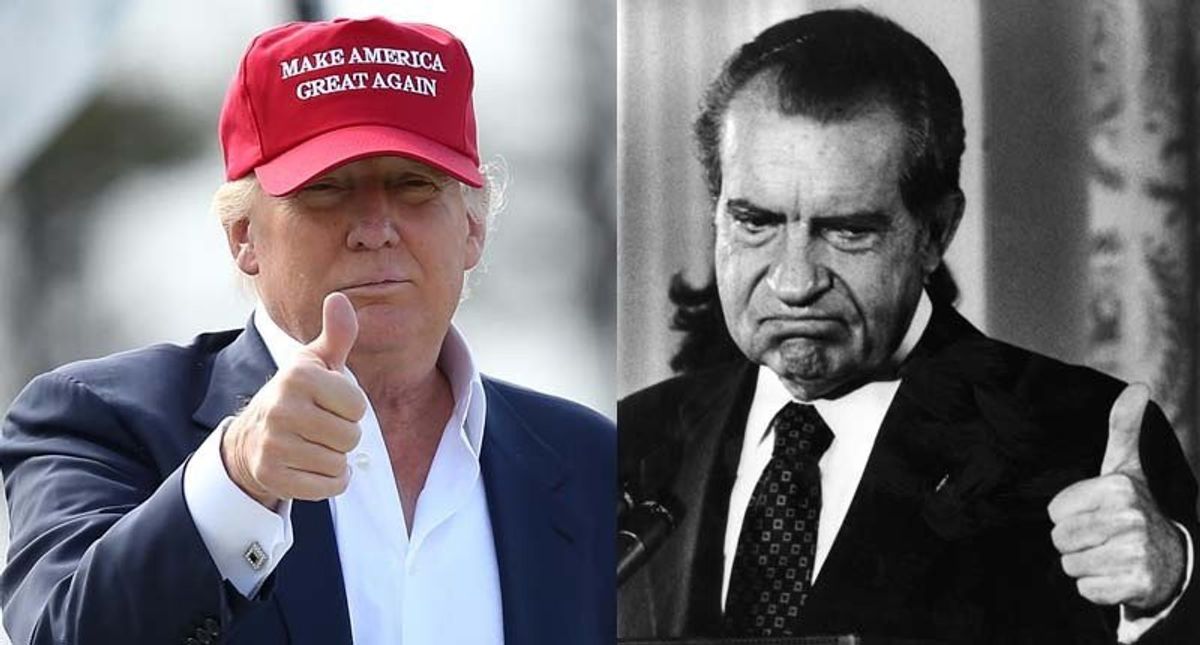 The newspaper interviewed multiple historians for the story.

City University of New York Prof. Ted Widmer said, "I already feel that he is the worst."

"He has invented a whole new category, a subbasement that no one knew existed," he explained.

"I would say that before the election it depended on one's political outlook," he explained. "But from the election forward, I don't see how anyone could feel that Trump's behavior was anything but reprehensible or that he hasn't completely destroyed any legacy he would have left."

"He has tarred and feathered himself, and I think it will blemish him for a long, long, long time," he predicted.

"I find him to be the worst president in U.S. history, personally," Brinkley said. "At least when Nixon left, he put the country ahead of himself at the last minute. Now he looks like a statesman compared to Trump."

"He's in a whole other category in terms of the damage he's done to the Republic," Wilentz said.

Sipping coffee at a sidewalk cafe in upscale Houston Heights, Evelyne Marcks shakes her head at the Texas governor's decision to scrap a mask-wearing mandate before the Covid-19 pandemic is under control.

"I don't know who he is trying to please," she said, sitting at a table at the Central City Co-Op, "but it's certainly not people like us from the big cities."

Austin told ABC News that the US is still "developing intelligence" on who was behind the attack, which saw around 10 rockets slam into the sprawling Ain al-Assad military base in Iraq's western desert on March 3.

The twice-impeached one-term president arrived at Trump Tower just before 9 p.m. Sunday in a black SUV, and a lone supporter was across the street with some members of the media, reported the New York Post.