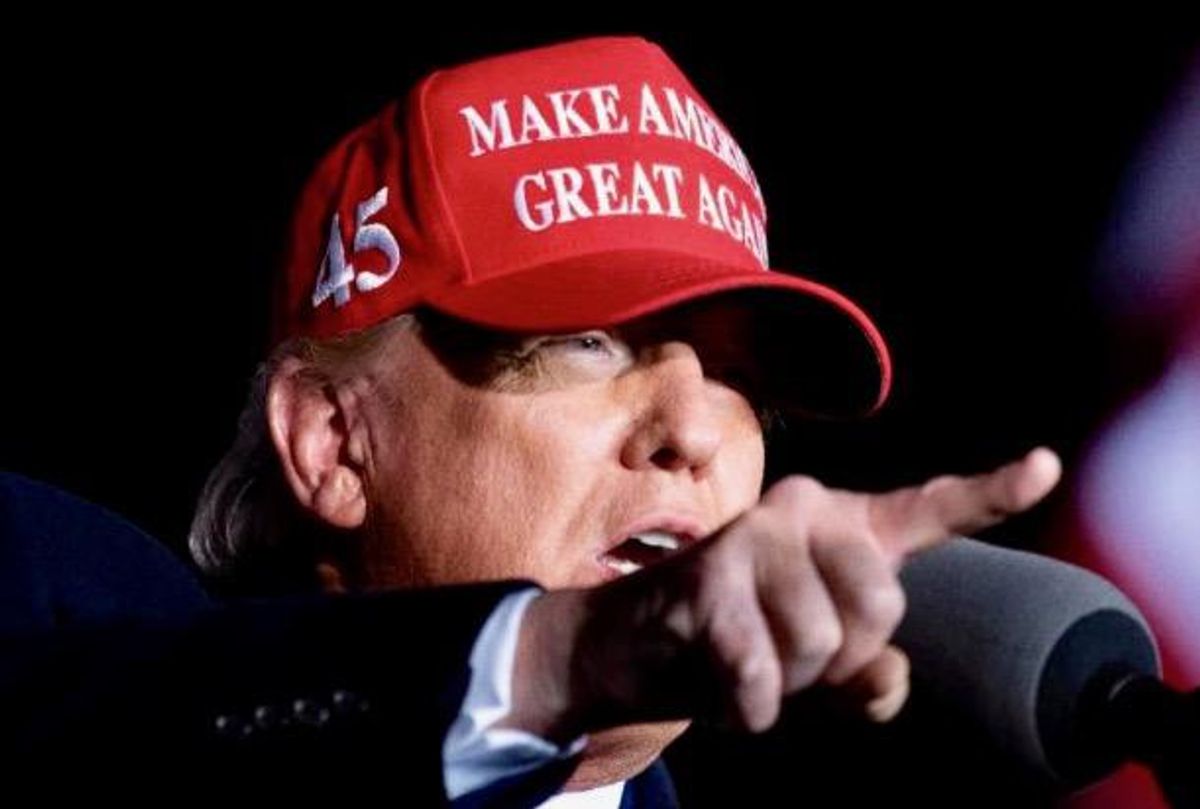 History is more than a rear-view mirror. It enables people who give it more than a quick glance to know that someone like Trump surfs a tsunami of ressentiment — a public psychopathology in which gnawing insecurities, envy and hatred, nursed by many in private, converge in scary social eruptions that present themselves as noble crusades but that diminish their participants even in seeming to make them big.

"Ressentiment's gloves really come off once there are enough angry 'little-big men' to step out en masse, with a Sarah Palin or a Glenn Beck," I warned nearly five years ago, adding:

Trump is leading them across the Rubicon, signaling that he'll mow down anyone and anything in his way. Legitimate grievances that fuel ressentiment sometimes drive its eruptions to a fleeting brilliance, as when Palin tapped currents of thwarted love and hope in her speeches in the 2008 campaign. But, like her public persona, such gestures soon curdle and collapse, tragicomically or catastrophically, into their own cowardice, ignorance and lies.

But how "soon" do they collapse? Trumpian ressentiment lasted for four years, which is more than just the blink of an eye in the short history of our republic. During those years I found myself elaborating my warning in many venues, including again here in Salon in 2018 (when I reported reactions to the 2016 essay) and, more recently, in Democracy Journal.

But now that those predictions have been book-ended suitably by Susan Glasser's "Obituary for a Failed Presidency" in the New Yorker, her summary of Trumpian ressentiment prompts me to a couple of quick observations.

First, Americans need to do more than glance into rear-view mirrors as they speed to nowhere. "The past is never dead. It's not even past," wrote William Faulkner, novelist and interpreter of the American South. meaning not that we should impose the past upon the present but that we should learn from it as we see it at work in our lives. Non-historians should acquire the pleasing habit of checking History News Network summaries and links to op-eds and magazine essays by historians and occasional interlopers.

Trump couldn't have conned as many of us as he did if our schools had taught more of us about this country's dalliances with demagogues like Huey Long and Joe McCarthy. The invaluable program "Facing History and Ourselves" now guides thousands of students in doing what its name commends. We need more of it.

Second, we need to recognize that people who feel stressed and dispossessed often demand to be lied to about their history because they want easy answers and scapegoats. By stoking ressentiment and algorithmically-driven marketing that pressures deliberating citizens to become impulse-buying consumers, Trump ushered millions into a political twilight zone where democracy is suspended by strongmen.

A good liberal democracy strides on two feet: a "left" foot of public provision — public schools, health care and other resources, without which conservatives' cherished familial and communal values could never flourish — and a "right" foot of irreducibly personal conscience and responsibility, without which even the best-intentioned "liberal" social engineering would turn persons into cogs, clients or worse.

Finding and keeping a balanced stride is an acquired art and a discipline. History must inform it, but only wise parenting, teaching and, yes, political engagement — all of which require public as well as private resources — can teach young Americans the art and discipline of self-government instead of driving them to be "little-big men" all too likely to surrender to the next Trump who comes on to our now-badly-frayed civic culture. If something like Trumpism persists, as I believe it will, that won't simply be because his followers will remain more loyal to him than he will to them. It will be because our society's growing moral bankruptcy and injustices will stoke more ressentiment, whose bearers will look for — and find — a new and potentially more dangerous iteration of Trump.

Jim Sleeper is the author of "Liberal Racism" (1997) and "The Closest of Strangers: Liberalism and the Politics of Race in New York" (1990).