Trumps bid farewell to Ivana at funeral in New York 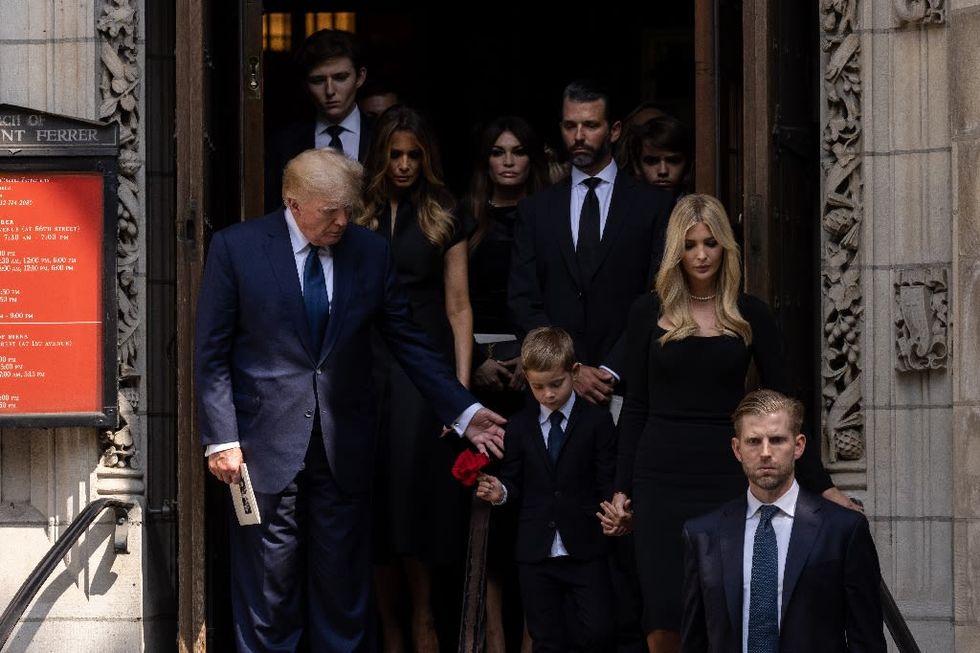 Donald Trump attended the New York funeral of his first wife Ivana Trump, along with their children Donald Jr, Eric and Ivanka and other relatives

New York (AFP) - Ex-president Donald Trump and his eldest children gathered at a church in New York on Wednesday to say goodbye to his first wife Ivana who died last week aged 73.

The siblings and their partners and children looked on solemnly as Ivana Trump's casket was carried into the church for the 1:30 pm (17:30 pm) service.

Donald Trump and Melania entered by a side door, an AFP photographer saw, as the funeral took place under heightened security.

Inside, Eric Trump told mourners that his Czech-born mom had been "the embodiment of the American dream" and "a force of nature," the New York Post reported.

Ivanka Trump described her mother as a "trailblazer" during the Catholic service that was billed as a "celebration of life," the tabloid added.

Ivana Trump, the first wife of the former US president, died of "blunt impact injuries" on Thursday, reportedly caused by a fall down the stairs at her home.

She was a model who grew up under communist rule in the former Czechoslovakia before marrying Donald Trump, then a budding real estate developer, in 1977.

Throughout the '80s, the Trumps were one of New York's highest-profile couples, their extravagant lifestyle exemplifying the flashy excesses of the decade.

Their power and celebrity grew as Donald Trump's property business soared, with Ivana Trump taking on number of key roles in the business.

Their high-profile split in the early '90s, rumored to have been caused in part by Donald Trump's affair with actress Marla Maples, provided juicy content for New York's tabloids.

Ivana Trump went on to enjoy a successful business career of her own, developing clothing, jewelry and beauty products and penning a number of books.

She was married four times in her life, once before her marriage to Donald Trump and twice after.